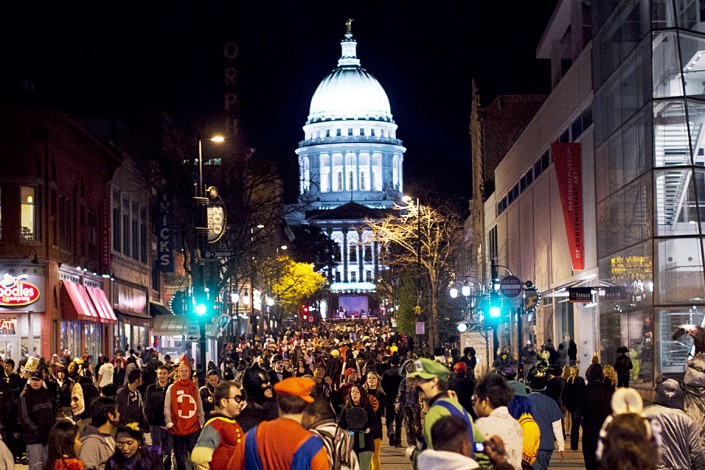 If any Badgers are still unsure how to celebrate this upcoming Halloween weekend, Madison’s own Freakfest was recently dubbed one of the top places to party on the spooky eve.

College Magazine ranked University of Wisconsin and Freakfest number four on its list of “Top 10 Schools that Throw Down for Halloween.” 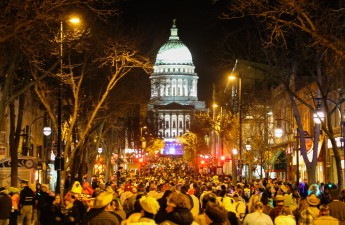 This ranking comes as no surprise to any Badger who has been to the annual Halloween celebration.

The nighttime festival has drawn big names in the past, ranging from Midwest hip-hop extraordinaire, Atmosphere to indie rockers, Matt and Kim.

This year is the festival’s 10th anniversary, and the lineup is, for lack of a better word, diverse.

Some of the bigger named attractions include Madison favorites Timeflies and MisterWives, who will play at the Mountain Dew stage at the Capitol Square.

Hometown heroes Me En You and CRASHprez will play the WSUM/Ian’s Pizza Stage on Frances Street.

Who the f*** is playing Freakfest?The self-proclaimed “biggest and best [lineup]” in Freakfest history leaves many with a three letter response: WTF? Last week the Read…

The event has drawn hundreds of thousands of attendees in its 10 years and this year is likely to be no different.

So put on your freakiest costume this Saturday, Badgers, and make College Magazine regret they didn’t rank UW No. 1.