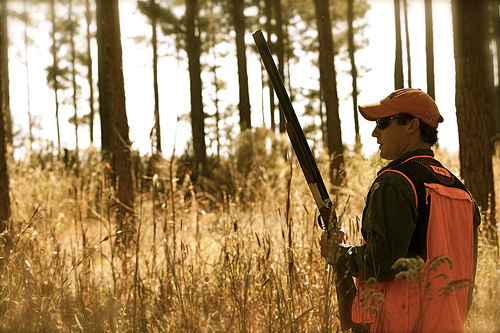 The proposal would reverse legislation Republicans previously passed in 2012 that allowed hunting and trapping in state parks.

Risser said his motives for authoring the bills came in part from his own love of the outdoors.

“I’m an outdoors person, and people ought to have a chance to enjoy the outdoors without the fear of being shot up,” Risser said.

He emphasized how his role as a state legislator can help create public policy to help to ensure those who experience Wisconsin state parks are able to do so safely.

The two bills outline two separate agendas. The first prohibits hunting in all Wisconsin state parks and the second prohibits the use of steel-jaw and body-gripping traps as well as snares in state parks.

According to George Meyer, executive director of Wisconsin Wildlife Federation, the Department of Natural Resource’s Natural Resources Board went from park to park in the time following the 2012 law, deciding which areas were safe to hunt and trap.

“This gets fine-tuned every year,” Meyer said.

He added the Wisconsin Trappers’ Association also implemented dog-proof and human-proof traps, “just to be safe.”

As a result, Meyers said he believes there have been no incidents at all prompting for tighter regulation, and deemed the bill “unnecessary.”

Ultimately, for Risser, the two bills’ main importance is the ensured safety for those who enjoy Wisconsin’s state parks.

“It’s just common sense,” Risser said. “These traps are inhumane and subject to be used on domesticated animals and are unsafe for people.”

Under the current hunting and training regulations, the DNR allows for both spring and fall/winter open seasons, allowing both gun and archery use in the designated areas of state parks. Trapping is only permitted 100 yards outside of designated open areas, according to DNR’s website.

Most state parks in the Madison area — Devil’s Lake, Mirror Lake and Governor Dodge State Park — all adhere to these supervisions. Governor Nelson State Park does not allow any hunting or trapping.

As of Tuesday, only six state parks prohibit all hunting and trapping throughout the state of Wisconsin; the others follow the DNR’s designated open season of April 1 through the Tuesday nearest May 3, and Nov. 15 through Dec. 15.

The bills have been drafted and began circulation Tuesday morning.