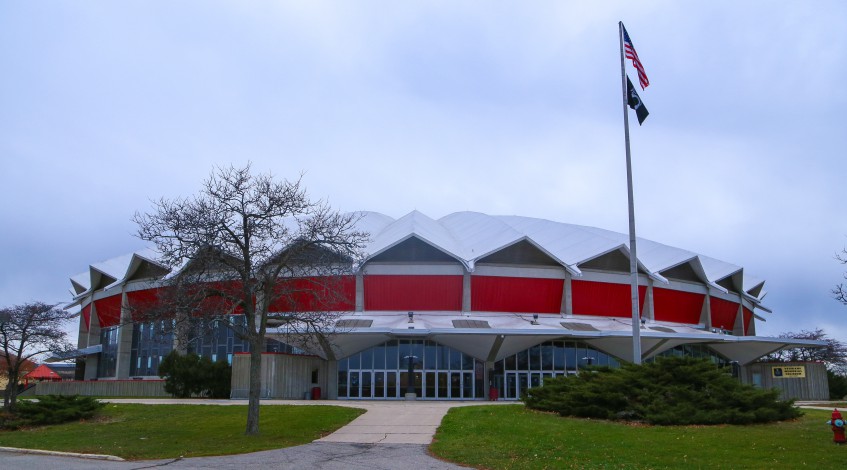 Amid a global effort to reduce carbon emissions, Alliant Energy is taking another step toward clean energy in Wisconsin.

Alliant Energy is conducting a multi-year study to determine the use of solar energy in Wisconsin. The results will be shared with the public and underscore the company’s continued push toward renewables.

Alliant Energy spokesperson Scott Reigstad said the project’s goal is to research the latest solar technology and see how it operates in the Wisconsin climate. He said while there have been many studies conducted in states with sunnier climates, such as California, there is relatively little research in solar panel efficacy in the midwest.

Solar panels will be mounted at Alliant Energy headquarters in Madison, where there will be ground-mounted solar structures, roof-mounted solar panels and even solar coffee tables which employees may use, Reigstad said.

All of the energy generated by the study will be used in day to day operations at Alliant Energy headquarters, Reigstad said.

In terms of efficiency, Scott Sanford, a University of Wisconsin expert in renewable energy, said solar power, while certainly not a mature industry, is well out of its infancy. Sanford said most commercially viable panels capture around 15 percent of the energy they absorb, while researchers have been able to create panels that capture around 40 percent.

But Sanford said the biggest drawback of solar panels is cost. He said solar panel costs have decreased by 50 percent in recent years, but the amount of time required to recoup one’s initial investment remains unattractive.

“The cost of panels have decreased as China has begun to produce them on a massive scale, but we do still have local panel production,” Sanford said.

Reigstad said the study is another example of Alliant’s shift toward renewables. He said Alliant used to produce more than 50 percent of its energy through coal power, but today it’s 40 percent.

“What we’re doing as a utility is transitioning from coal power to natural gas and renewables,” Reigstad said.

Solar panels in Madison will have to contend with shorter days and snow build-up, but Reigstad said most panels will be at an angle. With some in fixed positions and others tracking the sun, he said the snow should just slide right off. While there might be some issues involving snow, Reigstad said Alliant hopes to learn from them.

Reigstad said Alliant is working with the Electric Power Research Institute to help gather data over the two to three years the study is being conducted.

“We’re going to have an interactive viewing screen in our building so we can see how different structures are performing, and this will also be available online through our website,” Reigstad said.

The study will employ more than 1,000 solar panels in 11 variations, allowing Alliant to test various manufacturers and designs, Reigstad said. Alliant originally wanted to source the panels from Wisconsin manufacturers, but Reigstad said because of a dearth of manufacturers, the company was forced to look elsewhere.

Reigstad said the study will include the installation of car charging ports and a battery storage system.