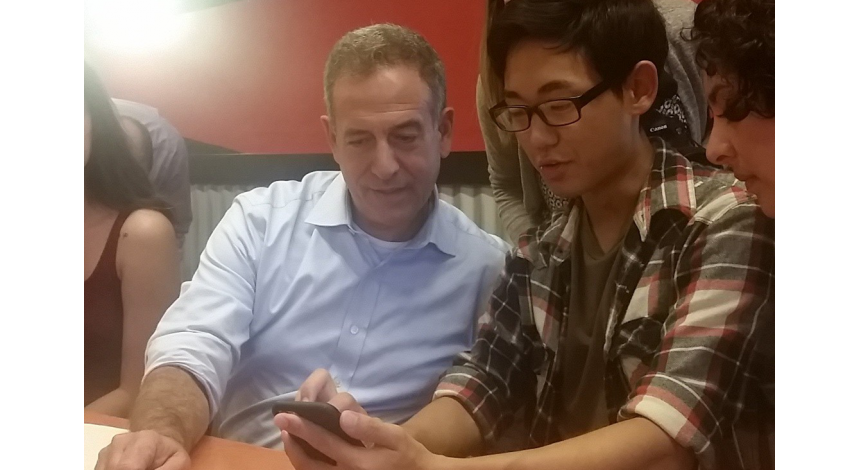 The meeting was a round-table discussion with 10 UW students who spoke about their college experiences. Many faced the same issues of student debt and struggling to pay for their education.

Feingold is running in the 2016 U.S. Senate race in hopes of taking his seat back from U.S. Sen. Ron Johnson who, in 2010, tossed Feingold from his Senate seat after a 17 year incumbency.

During the discussion, Feingold laid out his four point plan to work toward “debt-free college and access to higher education.” These four points include: government help covering the costs of school, fixing the current loan system, making states retake the primary role when it comes to higher education and reducing the cost of college through accountability.

“I would support such a bill,” Feingold said. “From my understanding, Sen. Johnson has voted against it twice.”

As part of his third point, Feingold laid out the idea for a federally funded program that would provide states with federal dollars to fund their universities. He said there should be a “dramatic federal initiative” to play a role in decreasing student debt.

Feingold stressed the important role states play in higher education and expressed his disappointment with the current relationship between the state of Wisconsin and UW.

Feingold said Gov. Scott Walker’s tuition freeze is a step in the right direction, but he said tuition is already too high and a freeze wont won’t solve any problems.

“It’s a tragedy that this state has cut dramatically the wonderful connection between the capitol and Bascom Hill,” Feingold said. “It’s supposed to be exactly one mile, and there s a reason for that […] we Wisconsinites always see these things as intertwined.”

When Feingold prompted students about their sentiment toward the recent financial cuts the university has faced from the state, many echoed the same voice of disdain.

Student loans have long been a point of debate for political candidates.When the moment arose, Feingold jumped on the chance to take another jab at Johnson for a controversial comment he made in which he said students take out loans because they see it as “free money.”

“The guy I’m running against for the Senate has said that students like to take out loans because students think its ‘free money,'” Feingold said. “In my sense, taking out a loan is not a happy experience.”

Feingold said focusing on current issues facing Wisconsin and its people will make a successful campaign.

Over the past several months, Feingold has traveled to all 72 Wisconsin counties and said the experience was part of what sets him apart from Johnson.

“We went out and talked to people in a way that [Johnson] has never done and apparently doesn’t care to do,” Feingold said. 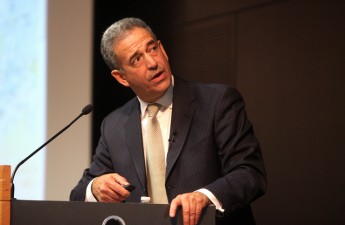 Feingold rematch with Johnson in 2016 would be ‘hotly contested’Former U.S. Sen. Russ Feingold’s departure from the State Department has political experts predicting a highly contested rematch of the Read…

The discussion, however, wasn’t all business. Feingold also revealed he has created a Snapchat account and took the time to get a lesson from the students snap some quick photos.