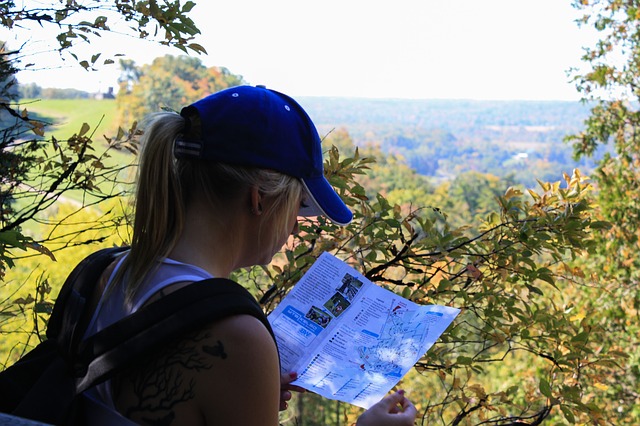 GPS navigation systems are an essential fixture in most cars today, but when technology fails, many people still turn to print maps.

Mapping Specialists was founded in 1984 by Onno Brouwer, the former director of the cartography lab in UW’s geography department and later bought by David Knipfer, according to a UW statement.

“Over the years, we’ve been able to develop products and procedures that have helped publishers produce maps more efficiently with better quality,” Knipfer said.

There were many technological innovations in the mapping industry in the 20th century aside from the digital revolution, including aerial mapping for military purposes and photography for mapping reproduction, Jude Leimer, managing editor for UW’s history of cartography project, said.

Although the digital revolution at UW’s Cartography and Geographic Information Systems program began a transition to mainly digital maps that could be manipulated and shared, print maps still have a strong base in Wisconsin, Leimer said.

“When I think of Wisconsin I think of the hiking maps, the state maps at parks,” Leimer said.

The largest sectors of print maps include travel maps, educational maps found within textbooks and online resources and trade and reference maps that include hiking and biking trails.

The majority of the company’s products are digitally based maps but sales of print maps have been steady due to consumer demand, Knipfer said. Education is a sector of primarily print maps, he said.

Printed maps allow travelers to form an accurate, in-depth plan before long distance trips and are popular for use in outdoor recreational activities such as hikes, biking trips or kayaking routes, he said.

“People are starting to understand that everything has its limitations,” Knipfer said. “For travel planning, people like to have a bigger picture so that they know that what their navigation device is telling them to do appears logically correct.”

Mapping Specialists is primarily a contracting company that works with contacts around Madison or within the cartography industry who request specific maps or products, he said.

The company originally stemmed off the Cartography and Geographic Information Systems program at UW and has since kept close ties. Mapping Specialists uses UW as a labor pool to draw employees from and provides them with additional training through UW to further their skill in cartography, Knipfer said.

Development within UW’s cartography program has helped the company keep current and future employees trained with the latest technology and methods used in the cartography industry, he said.

“The cartography program at UW was the backbone for the start of the company,” Knipfer said. “As technology has changed, the training of the students coming out of the department into the workforce has been a benefit to the company.”