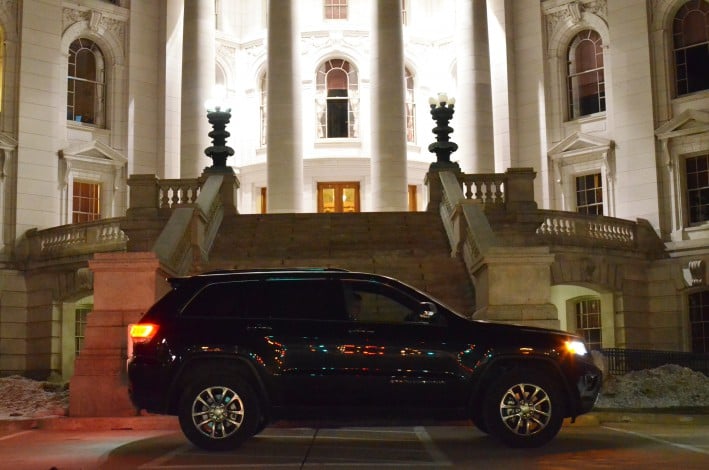 According to a Madison Police Department incident report, a 23-year-old woman was picked up by an Uber cab at about 2:30 a.m. Saturday near Langdon Street and Wisconsin Avenue.

The driver asked the woman to sit in the front seat, proceeded to touch her arm and leg, and said he “liked her” and wanted to take her somewhere other than her intended destination of her apartment.

The woman asked the driver to stop but when he didn’t, she repeated her requests and eventually got out of the car.

According to the report, the woman said she believes she got out of the car near Gorham Street where she flagged down a marked taxi. She reportedly said the other people in the taxi were very comforting and the driver did not charge her for the ride.

It is unknown whether the women is a University of Wisconsin student.

The victim reportedly provided MPD with the receipt for her Uber ride, but it did not contain the driver’s complete information.

In the report, MPD spokesperson Joel DeSpain said Uber will not provide police with the driver’s information until a formal search warrant or subpoena is issued.

In an email to The Badger Herald, Uber spokesperson Lauren Altmin said the company does not condone the driver’s actions.

“This behavior is not tolerated on the Uber platform,” she said. “The driver in question was immediately deactivated from the platform the moment we learned of the alleged incident.”

Altmin said Uber will continue to work with authorities throughout the investigation.

A separate incident of similar nature occurred Sunday morning, according to an MPD incident report.

The incident occurred at 2:23 a.m. on Segoe Road when a 26-year-old Madison woman getting an Uber ride from downtown Madison to the West Side reported inappropriate contact between her and the driver.

According to the report, after the end of the ride the driver reached into the backseat, grabbed the woman’s hand and kissed it. He then attempted to pull her closer and kiss her.

The woman was able to break free and flee the vehicle, however she reportedly received further unwanted contact with the driver when he repeatedly called and sent her text messages.

Police were quick to distinguish the two events as separate incidences.

“MPD Officers and Detectives are presently investigating this incident,” MPD Sargent Timothy Radke wrote in the report. “This incident is a separate incident from the previous incident report regarding an Uber driver, and both investigations are currently active.”