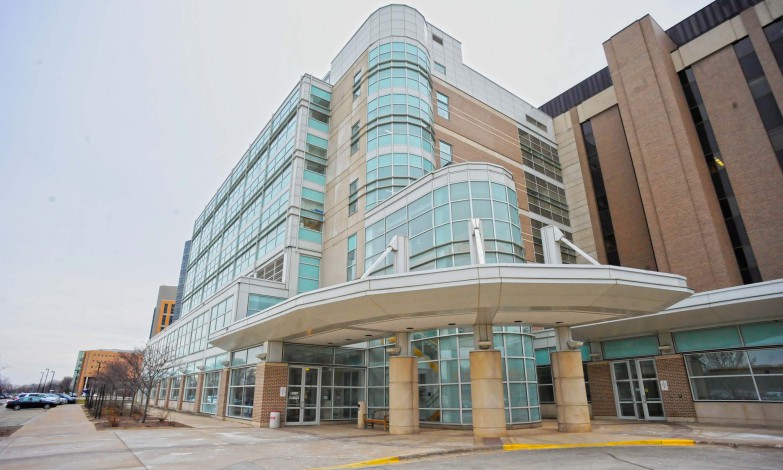 A University of Wisconsin professor of comparative biosciences will be the permanent director of the Waisman Center, where he will coordinate more than 600 employees and keep them aligned with the the center’s mission.

Albee Messing has been a Waisman Center investigator since 1998 and became interim director last year. The Waisman Center is an interdisciplinary center for research, training and critical services in the field of neurodevelopmental disabilities, he said.

The center focuses on research, clinical care, training and outreach and draws faculty from seven of the schools and colleges at UW, Messing said.

“I feel privileged to be given the opportunity and fortunately there are a lot of great people [at the Waisman Center],” Messing said.

Messing will continue research on Alexander disease, an often fatal neurological disorder, during his role as director, according to a UW statement.

This year, the center is making strides toward increasing the capacity of clinical diagnostic and treatment, according to the statement.

The center has more than 600 employees, Messing said. Fifty-seven UW faculty members have research labs at the center, and 13 speciality clinics run in partnership with UW Health, the American Family Children’s Hospital and UW Hospital, he said.

The center also has an inclusive preschool where 85 children, including those with neurodevelopment disabilities, are taught, Messing said.

The Waisman Center covers an enormous territory, from topics ranging from basic cell and molecular biology to social science epidemiological investigation, Messing said. Because different kinds of disorders all have basic mechanisms in common, the center believes having all the research occurring in one place is helpful, he said.

“Keeping everybody aligned with the overall mission of the Waisman Center is an important part of the job,” Messing said. “Trying to identify where the problems are, where future opportunities are and trying to mobilize resources for moving in those directions.”