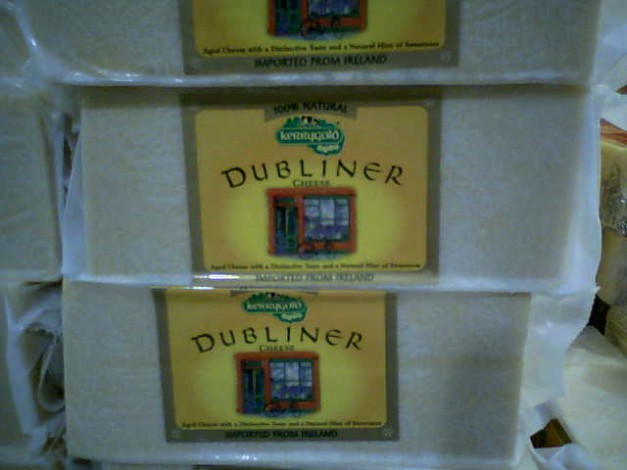 The perfect cheese for St. Patrick’s Day was created by the University of Wisconsin’s Center for Dairy Research’s director and has increased in popularity throughout the state.

John Lucey, the director of dairy research, created the Irish cheese Dubliner in the 1990s while doing research for his Ph.D. thesis.

“It becomes very popular the two weeks leading up to St. Patrick’s Day because people are looking for all things Irish and Dubliner is one of the few Irish cheeses that is available to the American market,” Carpenter said. “Dubliner let’s people feel Irish on St. Patrick’s Day.”

The key feature of Dubliner is that it has a sweet component, Carpenter said. Dubliner is a cheddar-type cheese with a little bit of sweet and salt that hits everything Americans are in love with, she said.

When European cheese companies are creating cheeses explicitly to export to the U.S. they always include a sweet and salt component, Carpenter said.

After doing some experiment work that used different conditions to create cheese, Lucey tasted the cheese he made and identified a unique flavor.

Lucey was under pressure to find a company to partner with that would produce the cheese, he said.

“The second company that came in really liked it and within a week their CEO had come back and made a deal with the research institute to actually scale up on that,” Lucey said.

Lucey said although he was considering patenting the recipe, the company asked him not to. When someone patents a cheese, it is like publishing the recipe, he said.

Lucey said the idea for Dubliner was a novel concept. Ireland originally only produced cheese for Ireland, where cheddar cheese was the most popular.

“This concept that I came up with was a completely different flavor of cheese than cheddar,” Lacey said. “My thought was, maybe this will be a cheese that you can export to the European market because they don’t want the cheddar flavor.”

The cheese was named Dubliner, which is a strange name because the research institute and the company that produces the cheese are both located in Cork, Lacey said. Dubliner was named after an Irish folk group of the same name that was popular in the 1990s.