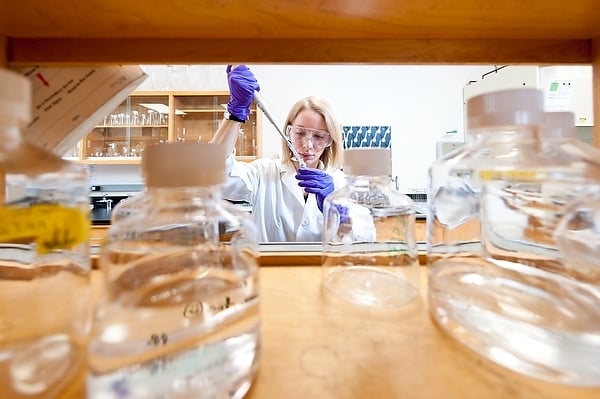 In response to increased interest in neurobiology, university officials plan to offer it as a major in fall 2016, which would give students a more specialized and lab-oriented course of study.

As it stands now, neurobiology is considered a specialization within the biology major. It is not listed as a major or certificate program, but students have the option to take neurobiology courses if they want to have a concentration in that field shown on their transcript.

Nearly 400 students take courses concentrated in neurobiology right now, Eric Wilcots, associate dean for the natural and mathematical sciences, said. Lack of a specified major holds students with clear interest in the study back, he said.

“Students are limited in the neuroscience courses they can take because they are fulfilling the broader requirements of the biology major,” Wilcots said.

The major will be housed in the College of Letters and Science under the guidance of the zoology department. This will provide the major with necessary resources, neurobiology professor Peter Lipton said.

“A major allows the undergraduates to be a part of the broader initiative of neuroscience research on campus,” Wilcots said. “We want to make sure they get access to the research experience they need for the future.”

Before the program can be implemented it must be approved by the University Academic Planning Council and finally the UW System Board of Regents, Lipton said.

In regard to Gov. Scott Walker’s biennial budget proposal, the new major will not be more susceptible to budget cuts than other areas of the university, Wilcots said.

“We have many of the pieces in place already,” Wilcots said. “The courses already exist, and we’ve already invested in the advising.”

Besides, a national push to develop neuroscience technology makes the field appeal to investors, Lipton said.

The initiative allows the neurobiology major to take less of a financial toll on the university and has the potential to attract more undergraduates, Lipton said.

“More money is being spent on neurobiology and students are becoming more aware of it because of Obama’s BRAIN initiative, and we’re hoping that students will come to UW instead of other universities because there will be a major,” Lipton said.

A neurobiology major would also bolster UW’s reputation in the field, which could lead interested donors to commit more resources to the university, he said.

The major will demand a different level of commitment from students than the current option, Lipton said. The major will provide in-depth education to better prepare students for pursuits of medical school or a graduate degree, he said.

“The brain is a remarkably complex thing, and getting students engaged in that will be a lot of fun,” Wilcots said. “When you’re your own major, you can develop lots of creative ideas, you can specialize and get more lab courses.”