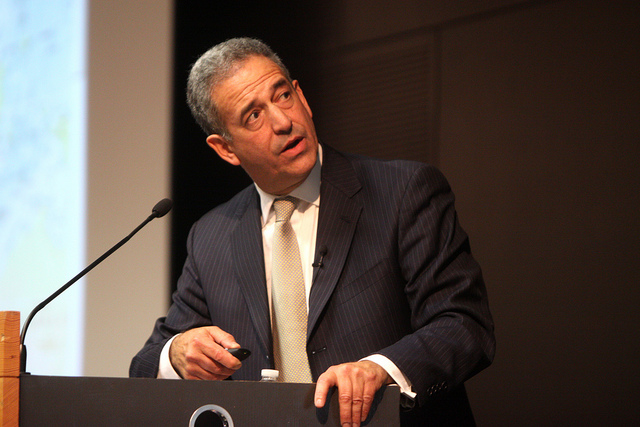 Former U.S. Sen. Russ Feingold’s departure from the State Department has political experts predicting a highly contested rematch of the 2010 race in which the Madison-area senator was defeated.

Feingold, a Democrat, recently resigned his post an envoy to the Great Lakes region of Africa, posting on Facebook that he would soon return to his Middleton home and “travel the state extensively.”

“I will listen carefully to my fellow Wisconsinites talk about their concerns, especially those involving their economic well-being,” Feingold wrote. “I will also seek their counsel on how I can best further serve my country and the state I love.”

Feingold, who had been senator since 1993, lost to current U.S. Sen. Ron Johnson, a Republican, in 2010 with a five-point margin, part of the national Republican wave that also led to Gov. Scott Walker’s election and the GOP gaining wide majorities in the state Legislature.

But the electorate will likely be much different in 2010 than in 2016, with more Democrats expected to turn out in a presidential election year, political experts say, making a potential race between the two a much closer matchup.

It’s a challenge that Johnson acknowledges, although he told The Hill that he remains confident he could defeat Feingold again.

“There’s no doubt about it that it’s going to be a challenge, and I think I will be a target of Democrats and the left, it’s kind of obvious,” Johnson told The Hill last year.

In his interview with the Hill, Johnson contrasted their visions, with Feingold “dedicated to growing big government” and saying that Feingold would “have to answer” for his vote supporting the Affordable Care Act.

The race will likely have significant national attention, as it could decide whether the Democrats take back the Senate in 2016. POLITICO, for example, named Wisconsin as one of the “10 states that could decide the next Senate.”

One of Feingold’s largest advantages in the race would be that a 2016 race would match up with a presidential election, when more Democrats typically turn out than in midterm elections, UW-Green Bay political scientist David Helpap said.

Younger voters, Helpap said, are among these voters that tend to turn out more often in presidential election years and also lean Democratic.

“People who tend be marginal voters and only vote in presidential elections tend to be more Democratic,” Helpap said.

A Marquette University Law School poll of registered voters in October found Johnson had a 33 percent favorable rating, compared to 30 percent who viewed him unfavorably and 36 percent who had not heard of him. Feingold’s numbers, meanwhile, were 42-30-27.

Canon and Helpap both said it was too early to say for sure what Wisconsin’s political climate would be come fall 2016 but that it would be interesting to see how the Senate race unfolds.

“Feingold would be a good candidate,” Canon said. “I think it would definitely be a good election for Wisconsin voters.”