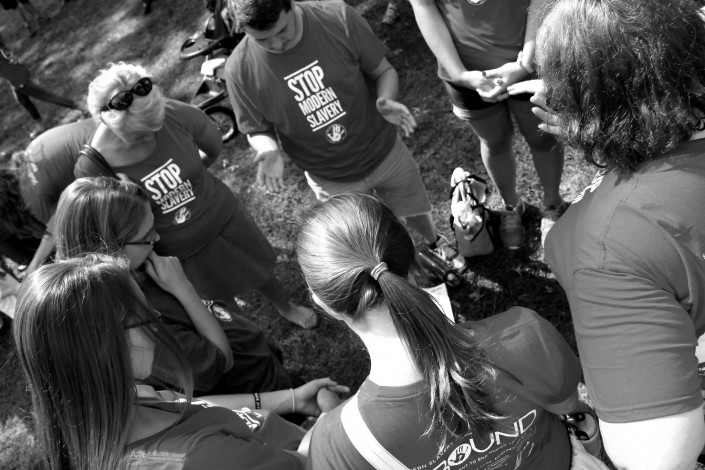 A bill introduced by the Legislature would require the Department of Justice to create posters to be made with the National Anti-Human Trafficking Hotline to increase awareness of human trafficking in the state.

If the bill is passed, these posters would be designed by the DOJ and would be available to print on its website. Certain establishments including truck stops, salons and hotels would be encouraged to display these posters.

Rep. Amy Loudenbeck, R-Clinton, proposed the bill and said it would help educate people and raise awareness on human trafficking in Wisconsin.

“This bill is a small piece of a very complicated puzzle, but I think it is something that everyone can agree on, that public awareness and getting victims better access on public resources is a good thing,” Loudenbeck said.

Loudenbeck said the bill has bipartisan support, with 40 cosponsors. She said she was confident the bill will pass given the initial response to it and how quickly the hearing was scheduled.

Nancy Irizarry, co-chair for the Wisconsin Anti-Human Trafficking Consortium, said some traffickers are migrating from more urban areas. As larger cities such as Milwaukee and Chicago are educated on human trafficking and law enforcement is more informed, traffickers are moving into more rural areas, she said.

The Wisconsin Anti-Human Trafficking Consortium has given educational presentations that help spread community awareness. Irizarry said these presentations have been successful in educating the public on human trafficking in Wisconsin and showing that it is a domestic issue happening in the local community.

“The biggest thing that has really been powerful is spreading the word,” Irizarry said.

Irizarry said the consortium works a lot on human trafficking prevention. When giving presentations, she said they give information on available apps and Internet sites, along with current trends of human trafficking. They also educate people on targeted populations.

Irizarry said many people do not realize human trafficking happens in Wisconsin.

Loudenbeck said public awareness has been evolving. As the media and public increasingly gain awareness about human trafficking and local cases in places like Madison or Milwaukee, it frightens people and makes it more real to them, she said.

Some critics of the bill say while it is an improvement, it is not doing enough to help human trafficking. Jenny Almquist, executive director of Fierce Freedom, said to WQOW the bill could be expanded.

“We’re thankful for it, but it does seem like there’s a lot more that could be done,” Almquist said to WQOW.

Jodi Emerson, director of development for Fierce Freedom, said to WQOW that there needs to be a law which says it is illegal for someone under the age of 18 to be prosecuted for prostitution, as well as the establishment of safe places for victims of human trafficking.

The Assembly will hold a hearing for the bill Tuesday.