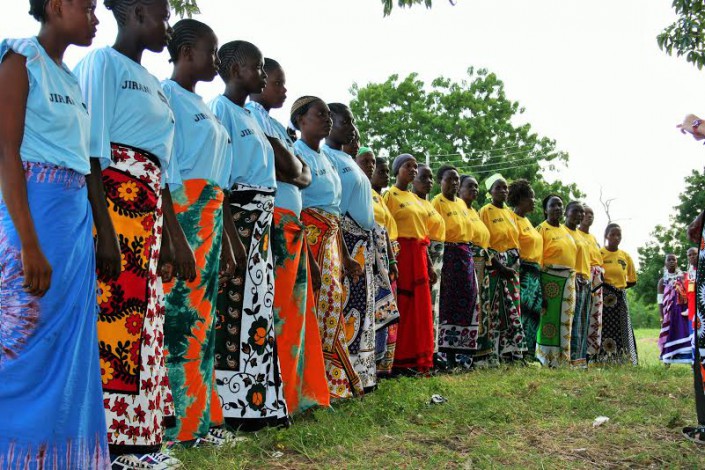 What started as a volunteering trip to Kenya for Brittany Ammerman ended with her raising $30,000 to establish a women’s soccer league there.

Ammerman, a University of Wisconsin senior and a women’s hockey player, went to Kenya in 2013 to fulfill the requirements for her certificate in global health. In her spare time, she played pick-up soccer games with other volunteers and some of the women she worked with at Health by Motorbike, a nonprofit that helps Kenyan women with health education and services.

The game’s popularity spread, with many Kenyan women picking up the logistics of the game quickly, leading to a few of the women to approach the nonprofit for support in establishing their own soccer league.

With Ammerman’s help, the Nikumbuke Women’s Soccer League kicked off.

“Sports were such a huge part of my life,” Ammerman said. “The experiences I had and the friendships I built were so important. I wanted to share that with these women.”

The funding for the growing league, currently comprised of two teams with requests for five more from other villages, was outside the scope of what Health by Motorbike could support.

So Ammerman took it upon herself to secure the funds required, reaching out to some of her childhood idols: soccer players from the 1999 Women’s World Cup championship team.

Ammerman joined forces with soccer star Julie Foudy, who hosted an auction on Twitter, sending the winner a signed U.S. women’s national team jersey in addition to other sports memorabilia. The majority of funds were produced via the crowdfunding website Indiegogo during a 45-day event that ended on January 15.

In all, Ammerman raised approximately $30,000 to help start the league.

The funds will provide the women athletes with necessary gear that is light enough to be comfortable where they live. Additional money will go toward future teams and transportation to assist Ammerman’s return to Kenya around spring break this year. Ammerman envisions the league as always being her own, even with her future goals of medical school and earning her Master’s in Public Health.

“It’s something that I love to do, and I don’t view it as extra work,” Ammerman said. “I get excited every time someone emails me and we get to talk more about it.”

Funding is only part of the bigger picture to ensure this endeavor is successful, Dr. Araceli Alonso, the UW professor who founded Health by Motorbike, said.

Projects already in place by Health by Motorbike give these women an improved way of life, giving them time to practice and learn the sport, she said. The program’s mission is to give the villages access to clean drinking water through rainwater tanks, Alonso said. The water collected by these tanks is then treated with an antibacterial, not only to improve overall health, but to save time due to its easy accessibility.

The Kenyan women forming this league are leaders in their communities and carry significant amounts responsibility, Alonso said.

Staying healthy to compete is a priority, but it is also accompanied by laughter and positive energy, she said. Bonds between villages have also become significantly stronger as the communities have shown high levels of support, Alonso said.

“I would just like to express how happy these women were,” Alonso said. “It really was a beautiful thing to see how they enjoyed themselves.”