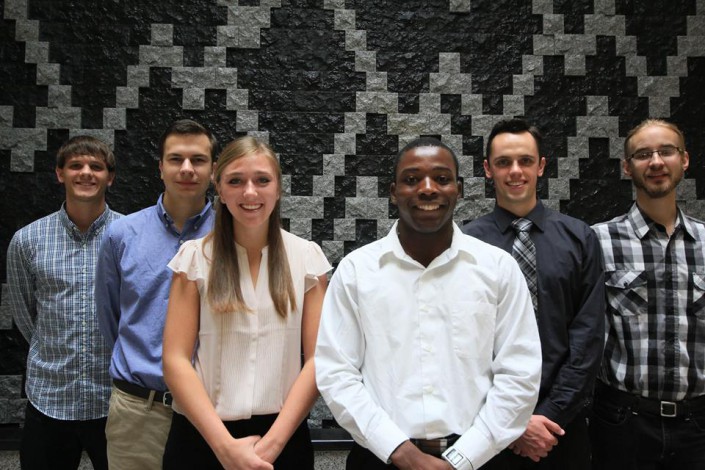 A group of University of Wisconsin business school students are actively becoming the change they want to see in the world through nonprofit action.

The organization Leading Change is an entirely student-run organization with a mission to improve access to education and an engaged economic community in Burkina Faso, one of Africa’s most impoverished nations.

Ousmane Kabre, the co-founder and CEO of the group, was born and raised in Burkina Faso before coming to Wisconsin to study at Madison Area Technical College for a semester before transferring to UW. He spoke with The Badger Herald about his dream to create a university in Africa in March and now his plan is getting set into action.

UW student hopes to create university for low-income families in AfricaOusmane Kabre, a University of Wisconsin junior and recently elected Business School representative for the Associated Students of Madison, has Read…

“This is actually a part of the goal of Leading Change,” Kabre said. “We want to build a private university along the way, but we are still a very young and inexperienced. So we want to start something small.”

Leading Change is the brainchild of both Kabre and co-founder Pavel Shmelov, a senior at UW majoring in international studies. They met up this summer to solidify their mission and make concrete steps toward progress.

Shmelov said the group envisions a renewed Africa where individuals are taking control of their education, supporting their community and helping their nation grow economically.

The project is set up in three phases. First, they want to create an IT-based library to improve the computer literacy gap that region faces currently, Kabre said. Next, they want to build an actual “modern” library to foster scientific research and higher institutional learning. The last step is the creation of a university.

“It is not easy to just wake up one day and say ‘I’m going to build a private university;’ it takes a long process,” he said. “We need to learn things along the way and get the right people on board.”

Leading Change is officially incorporated in the state of Wisconsin, Kabre said, and they are currently working toward getting their 501c status approved, which officially establishes it as a tax-exempt nonprofit in the United States.

Two of the student directors, Emylee Wulf and Jack Pierson, learned about Leading Change through LeaderShape, a leadership workshop through the business school. Both students met Kabre at the workshop and had shared values of education and financial literacy in impoverished nations. Coincidentally, their paths crossed with Kabre again through a business leadership class taught by Loren Kuzuhara, Wulf said.

Through the class, the project really started growing, Kabre said. Their current team contains six members, but they are still in the interviewing process, he said.

“It started before the class and it will continue after it,” Kabre said. “We are all students and we have a vision for a better future.”

As the semester proceeds, the team’s main focus is fundraising. Pierson said they launched a GoFundMe page about a week ago that raised about $420 dollars thus far with an ultimate goal of raising $50,000 total. They are hosting an event Nov. 13 with corporate sponsors, students and faculty, he said. The event will have raffle tickets, a silent auction and a few guest speakers.

Kabre said they’ve already started partnering with local businesses, restaurants, insurance companies and accounting firms. Madison West High School already donated computers, so after the event, they can start to ship those items to their contacts in Africa, he said.

“We want to make it aware that we are starting something new, but something that is going to be bigger,” he said.

If students are interested in reserving a spot at the event Nov. 13, they can email [email protected] for more information.