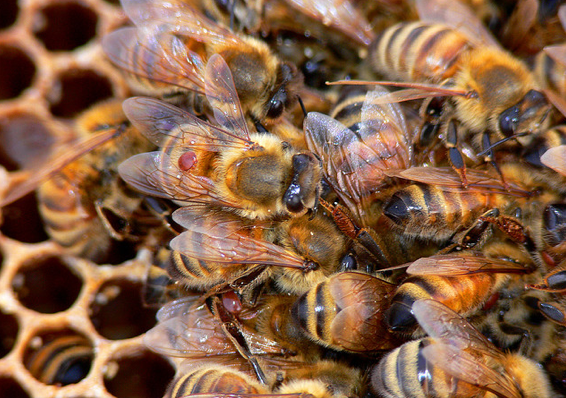 The city of Madison is abuzz over a rapid population decline of honeybees — and has created a bee task force to stop it.

The task force will consist of members from various city departments, including the Food Policy Council, the Parks Department, Engineering Department, Landscape and others, said Mark Woulf, the city food and alcohol coordinator and member of the bee task force.

The task force will work to understand the nature of the bee decline and will review the Madison’s practices related to pesticides, pollination and landscaping, Woulf said.

Wisconsin has seen a bee population decline of 33 percent each winter since 2005, Woulf said.

The development of the local task force follows a recent memorandum from the federal government about the bee population, according to their website. The federal government created the Pollinator Health Task Force in order to promote the health of honeybees and other pollinators.

Madison structured their task force similarly to that of the federal government, so the Madison task force could review local and regional practices first, using the government’s research in helping frame the issue, Woulf said.

The recommendations for Madison’s bee task force are due by August 2015.

A major cause of the decline in the bee population is colony collapse disorder, a disease that causes various honey beehives to disappear during the winter at unusual levels, Woulf said.

“The colony collapses, and it is unknown to what the cause is,” Woulf said. “Given that the rates are at such a high level, we are looking at how to research it.”

Pesticides and insecticides are harmful to bees, especially when used in higher concentrations, he said.

Johanne Brunet, a University of Wisconsin entomology professor, said there have been studies of potential viruses that could cause CCD, but the exact cause is unknown.

Pollinators are responsible for a huge portion of consumption, Woulf said. Nuts, berries, fruits and vegetables all depend on the pollination by honeybees and other pollinators to produce those products, he said.

“If you like to eat fruits and vegetables, you want to have bees around,” Brunet said. “We need the bees and the work they do.”