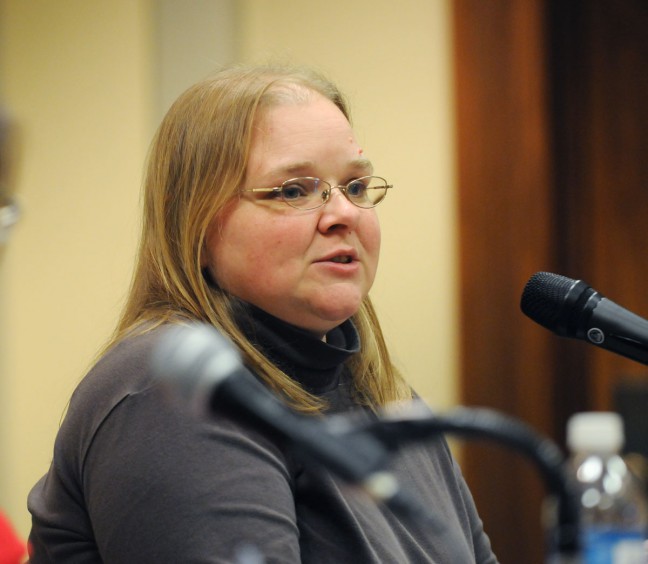 For some of Madison’s homeless population, former city alder and Occupy Madison spokesperson Brenda Konkel’s porch has been a place of refuge.

For two years, she opened up her property to those in need. Following a neighbor’s complaint resulting in a city zoning violation, her guests now need to find a new place to sleep.

“It was nothing we ever really intended to do,” Konkel said. “It was just trying to figure what to do when somebody had no options.”

Konkel kept her porch open to the homeless and provided lockers for people to store their belongings in. None of her neighbors ever brought it up to her, but now she said an absentee landlord nearby filed a complaint as he is trying to sell his property.

Kyle Bunnow, housing inspection supervisor for the Department of Planning and Community and Economic Development, said the housing violation is a simple breach of the property’s zoning code.

“The main issue here is the fact that there are people living at the property that are not living in the dwelling unit, and the zoning code prohibits that,” Bunnow said.

Konkel said she thinks the lack of other housing options led people to her porch. She said single men and women are only allowed 60 days a year in shelter, as well as when the temperature drops below 20 degrees. Konkel said other affordable housing options only lead to waiting lists that can last years.

Konkel said she has become good friends with most of her guests. With more than 50 people staying on her porch in the last two years, she said some relationships have been more personal than others.

One man, whom Konkel went to high school with, has a broken back. Konkel said he used the lockers to store his belongings and lessen the burden on his body.

“For him to carry around everything he owns was actually causing him more medical issues, so he came and put his stuff in the lockers,” Konkel said. “He was able to take the braces off his legs that he had when he had to walk.”

Dane County Board Supervisor Heidi Wegleitner, District 2, said the city ordinances that prohibit people from sleeping in most areas around the city is half of the problem.

Konkel said she places the blame on the city, not the housing and zoning departments. She said every zoning staff member she talked to felt awful about handing out the violation, but she understands that they just have to enforce the laws.

The other half of the problem, Wegleitner said, is lack of affordable housing for the city’s homeless.

“We don’t have the affordable housing we need to house people who are currently homeless,” Wegleitner said. “I have heard that homeless services providers have actually referred people to her porch, so it’s strange and really unfortunate to see the city cracking down on this.”

Wegleitner said Dane County itself is very behind in providing affordable housing, citing a study stating that the county would need to add 1,000 units of housing each year for the next 26 years in order to catch up with the homeless population’s needs.

However, Wegleitner said she is encouraged by Mayor Paul Soglin’s inclusion of a four year, $20 million affordable housing plan in his 2015 capital budget.

The budget includes funding for redevelopment of existing housing facilities as well as the construction of new buildings over the course of the next four years. Wegleitner said the budget is a start, but it is still not enough to turn around a local and national problem.

“Are we ever going to get to a point in time where there’s no homeless people? Probably not,” Wegleitner said, “but we really need to work together as a region to solve homelessness.”