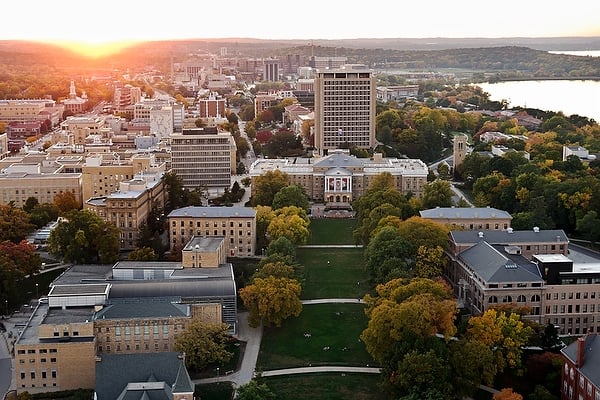 As if University of Wisconsin students need any more reasons to be proud of their school, several recent college rankings provide the numbers to support the strong sense of school spirit.

Vice Chancellor for University Relations Vince Sweeney said the rankings are just another measure of the university’s success.

“We hope that when students, their parents and others look to decide where to go to school they look at these when making their decisions,” Sweeney said.

He said as a whole, the university is proud of the hard work and accomplishments of students, faculty, administration, researchers and donors that have built UW into a great institution.

UW ranked 13th in U.S. News & World Report’s list of top public schools in the nation, placing ahead of both Ohio State and Purdue. The ranking system was based on the atmosphere on campus, athletics and extracurriculars, breadth of offered courses, tuition cost and availability of financial aid.

UW was also listed as 11th among public universities and 70th overall in Forbes Magazine’s lists of top colleges in the United States.

In the entire world, UW ranked 25th, according to The Center for World University Rankings. They take into consideration academic categories like quality of education, alumni employment and quality of faculty. Research based indicators include publications in reputable journals, influence and reach, number of citations, broad impact and patents.

Out of all 1,500 four-year private and public universities, Money magazine analyzed 665 colleges with above-avergage graduation rates on the basis of education equality, affordability and alumni earnings as listed on PayScale.com. On their list, UW ranked 99th.

The Princeton Review featured UW highly in many categories of its The Best 379 Colleges annual college guide. These included 10th for best college newspaper, 4th for best college services, 7th for LGBT-friendliness, 15th for students who love their college and 16th for best college library. Out of all schools in the country, only 15 percent were featured in the guide. Their ranking was determined by surveys of 130,000 college students.

UW ranked second highest out of Big Ten schools featured in The Academic Ranking of World Universities. The study, conducted by Shanghai’s Jiao Tong University, listed the university as 24th in the world. ARWU analyzes 1,200 world universities and publishes the best 500 every year.