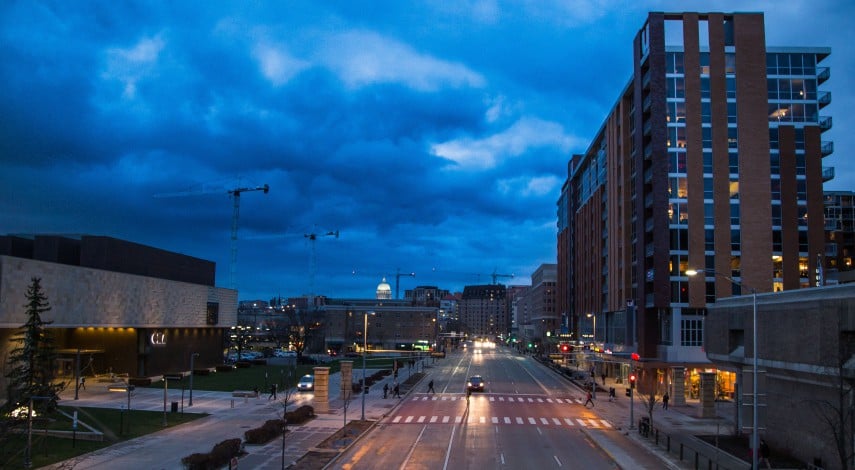 With significant changes in tenant right laws under Gov. Scott Walker, tenants and landlords say they are in a state of confusion over the status of some local ordinances and the current state of tenant rights.

Most recently, a state law went into action March 1, limiting local laws from overlaying any federal or state laws to reduce tenants’ liability for damages. The act also expands landlord rights to have vehicles towed and to remove or dispose of abandoned property, among other things.

Similar legislation has passed across the country that takes away local protections, Sam Wegleitner, housing counselor for the Tenant Resource Center, said.

“There’s been confusion I think. Landlords interpret some of the laws as changing more in their favor than it actually does,” Wegleitner said. “A lot of the protections are still in place, and the state provides some protections too.”

The most common issue of confusion between tenants and landlords is security deposit deductions. Wegleitner said in some cases it can be challenging to decipher between normal wear-and-tear and negligent damage, as well as what the landlord can charge fees on.

One of the main reasons students in Madison have tenant issues is the pressure to sign leases early, leaving students unable to negotiate over terms, Wegleitner said. Madison has an extremely low vacancy rate at less than 2 percent, he said.

“Low vacancy rate puts tenants at a disadvantage from the get-go in this community and creates an unfair bargaining power situation for the landlords,” Wegleitner said. “People aren’t coming to the table to negotiate. A landlord puts out an offer, so to speak, and you either accept it or you don’t have a place to live.”

For first-time student tenants, the pressure to sign a lease early also causes more problems related to roommates, Wegleitner said. Freshmen often sign leases in October after having known their future roommates for no more than two months, which can cause conflicts, he said.

Dane County Supervisor Heidi Wegleitner, District 2, who works at a nonprofit law firm and is Sam Wegleitner’s sister, said the changes at the state level are fairly recent and still confusing to both landlords and tenants.

One of the dangers tenants face is the threat to loss of property following eviction, she said.

Under current law, a landlord is required to write in their lease that they do not plan on storing the tenant’s property following eviction, which means they can dispose of it, she said. If a landlord does not write that in their lease, they are required to follow the procedures under the old law, which involves paying for storage space and charging a storage fee for the tenant, she said.

Although there have been changes at the state level, she said the perception that local laws are no longer effective is inaccurate.

“That there are no protections at the local level, that the city can’t do anything, that’s definitely not true. There are still local laws on the books,” she said. “However, certainly things have changed and some have been impacted. It’s complicated, and there’s a lot of confusion on both sides.”