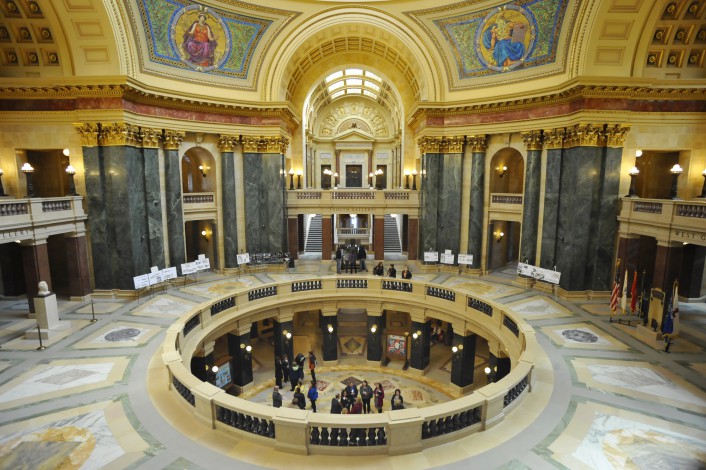 The plan, which was developed through close collaboration between the UW System Board of Regents and the Legislature, was approved unanimously by the Legislative Audit Committee last month.

“This has been one of the biggest efforts between the Legislature, the audit bureau and the fiscal bureau, and it has resulted in a product that I think we can be really proud of,” committee co-chair Sen. Alberta Darling, R-River Hills, said. “I think it’s a tremendous step in the right direction.”

While the original proposal required UW System campuses to finish up the fiscal year with surplus funds of at least 10 percent of total expenditures, the committee lowered this threshold to 0 percent meaning campuses would need to end the year with only a positive account balance.

The committee lowered the threshold for the requirement to report surpluses at the end of the year from 15 percent to 12 percent. Any surplus over 12 percent would therefore require regents’ approval.

“I think the one true winner at the end of the day is the students and the parents that are actually sending their kids to the university,” Rep. John Nygren, R-Marinette, the other committee co-chair, said. “They can have some faith that when they’re writing out those checks for tuition, they can have a sense of where they’re going and how they’re being used.”

Gov. Scott Walker called for a two-year extension of the University of Wisconsin’s tuition freeze last month due to projected budget surpluses.

While Democrats in the committee supported the proposed changes to the financial reporting policy, they said the Legislature should apply surplus funds to make the system more competitive.

“I think that if you want a good, modern university, you have to pay your faculty,” Sen. Bob Wirch, D-Somers, said. “And that is a major problem with the UW. We are not competitive out there with our salaries. We are losing a lot of good teachers.”