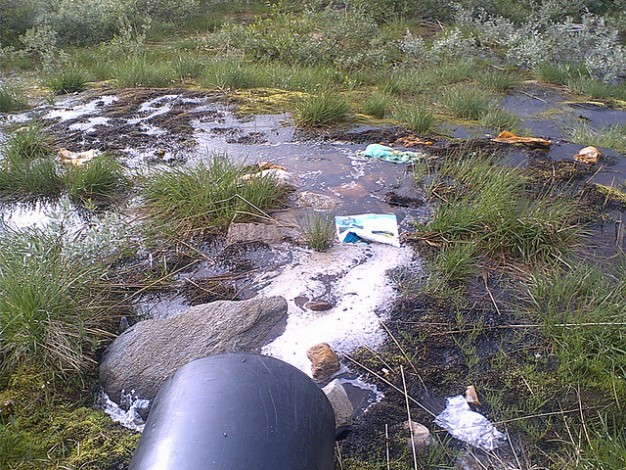 A newly released report suggests the infrastructure to protect water in the Milwaukee area may no longer be up to speed, as toxins including human fecal matter have been found in local watersheds.

Heavy rains in southeastern Wisconsin have caused pollution from contaminated storm water in the Milwaukee area, according to a water quality report from the University of Wisconsin-Milwaukee School of Freshwater Sciences.

The report, which presented findings of samplings taken from the Menomonee and Kinnickinnic watersheds from 2008 to 2012, identified failing infrastructure, specifically storm water collection and conveyance systems, as the major source of water quality impairments.

The two watersheds were targeted for re-evaluation in the study after a 2009 report identified them as areas for “serious concern” for sanitary sewage contamination.

Storm water collection systems in the Milwaukee area are designed to direct untreated runoff into major rivers without allowing it to mix with sanitary sewage. However, many of these “outfalls” tested positive for human sewage indicators, or human fecal matter, which can carry pathogens that pose a significant health risk.

“Our next task is to kind of go up the pipe and figure out why is that happening?” UWM professor Sandra McLellan told Wisconsin Public Radio. “Is it an illicit connection? Is it failing laterals in the area? Is it that the main sewer lines are leaking and failing?”

The report recommends future investigations study the magnitude and frequency in which contamination occurs, “outfalls” that occur even in dry weather conditions and large-volume “outfalls” with small drainage areas.