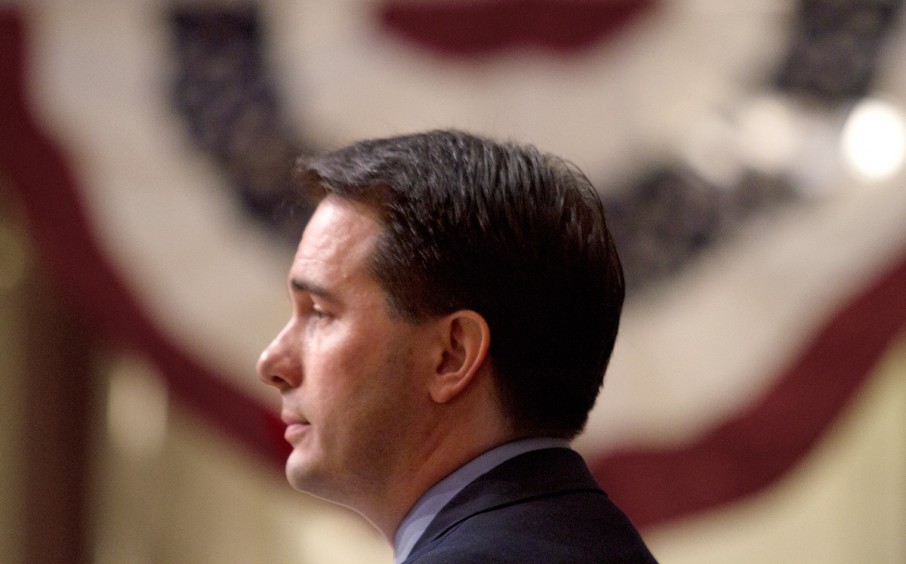 A straw poll of representatives at this year’s Wisconsin Republican Party Convention by WisPolitics.com showed support for Gov. Scott Walker as the national party’s candidate for president in the 2016 elections.

The straw poll included 315 votes out of the roughly 1,200 delegates, alternates and guests in attendance at the convention, with Walker receiving 97 votes.

“With Scott Walker and Rebecca Kleefisch, protecting taxpayer dollars and investing in our priorities will continue to be a top priority,” Republican Party Chairman Brad Courtney said in a Republican Party statement. “We look forward to working with activists and volunteers across the state this year to ensure their re-election in November.”

According to Wispolitics.com, delegates also rejected resolutions affirming the state’s right to secede and nullifying the Affordable Care Act in the state. They also postponed another resolution denouncing Republican legislators who support Common Core educational standards.

“Today’s Convention session showed the strong foundation that the Republican Party has been dedicated to building over the last few years: A strong, unified Party with a tireless drive that will re-elect Scott Walker and Rebecca Kleefisch in November,” Courtney said in a statement. “Our reforms are working, and Wisconsin is truly back on track.”