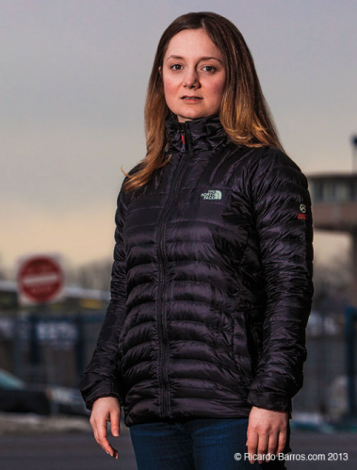 A young University of Wisconsin professor recently undertook an immersive fieldwork study to investigate the overreach and harmful effects of the war on crime in lower-class African-American neighborhoods of major cities.

Professor Alice Goffman in the UW Sociology Department said she decided to do her field research after taking an ethnography course as an undergraduate student at the University of Pennsylvania. The observations made during the fieldwork study culminated in a book titled “On The Run: Fugitive Life in an American City.”

Goffman started working in a cafeteria on campus and began taking field notes. Soon, she said she got to know the women she worked with and their families.

“The pivotal moment came when the cousin of a young woman I had gotten to know came home from juvenile detention,” Goffman said. “I got to know his group of friends and it started to become clear to me that many young men in the neighborhood were going to jail, coming home on probation, living with warrants and spending their days attending court dates.”

The African-American neighborhood of Philadelphia where she completed the fieldwork study reflected historically high rates of incarceration for poor black men, Goffman said. She spent six years living in the neighborhood and taking notes about how local residents dealt with police, the courts, the probation and parole board and the prisons.

The hardest part of completing this immersive study was watching the group of young men she got to know apply for jobs and not get any, Goffman said.

“I came to understand that the young people working at the lowest levels of the drug trade in segregated black neighborhoods in U.S. cities would be glad for minimum wage, if they could get it,” she said.

Goffman said she would like to use her observations to help further the growing criminal justice reform movement in the U.S.

Politicians from both parties are starting to see that the nation has a very costly prison system which is no longer working toward the public good and is harming poor people, she said.

The sheer size of the incarceration system in the United States is alone something to be concerned about, Goffman said. Levels of imprisonment have grown at least five-fold since the 1970s, she said.

Goffman said she plans to implement her findings and conclusions in her teaching work at UW.

“I taught a large undergraduate course last term and the students read a part of [my] book one week,” she said. “I think students were into it. Inequality is growing and it’s something that young people are pissed off about, and rightly so.”

In the future, Goffman said she would like to conduct a similar ethnographic study about life in prison. She is currently working on the details of how to complete such a study.