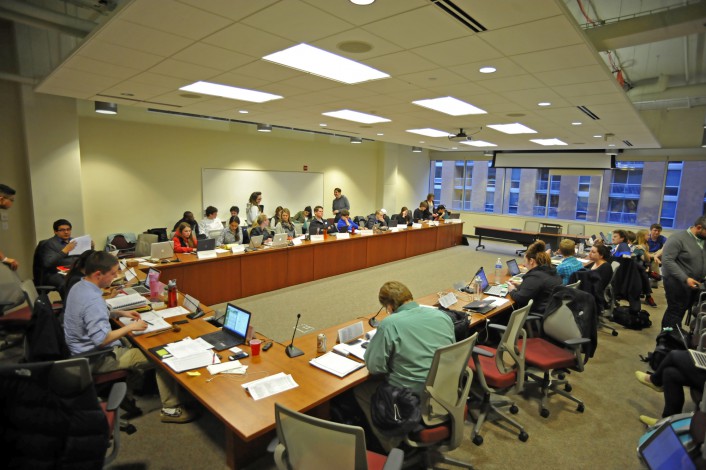 In their last meeting of the session, members of the University of Wisconsin student government voted unanimously to reject the finalized framework for the Diversity Plan and also approved joining a progressive nationwide student association.

Co-Chair of the Ad Hoc Diversity Planning Committee Ryan Adserias spoke in favor of the Diversity Plan, explaining the structure and administrative accountability of the plan.

Adserias said equity and diversity committees will work at the local level and multicultural and disadvantaged coordinators will work on policy practices and procedures within units.

The Associated Students of Madison ultimately voted to reject the plan and proposed seven new conditions that would need to be met. These included the creation of a Diversity Plan Funding Committee, the implementation of an annual Diversity Report and the completion of an ethnic studies course within a student’s first 60 credits on campus.

ASM Vice Chair Mia Akers said the changes to the plan include increased accountability and different language, but there are “still conditions not reflected in plan that are critical to our student power.”

“I think the access portion of the plan is underwritten,” Akers said.

Rep. Justin Bloesch, a member of the Ad Hoc Diversity Planning Committee, said the plan’s future lies with Faculty Senate and the plan would move forward no matter how ASM members voted.

Rep. Sarah Neibart also voiced concerns about shared governance. She said if the plan continues to move forward after being rejected by ASM, it would violate these rights.

ASM members also voted in support of a resolution against the possible consolidation of several departments into an ethnic studies department.

In an effort to save money and resources, ethnic studies programs may be consolidated.

Rep. Jamie Wheeler supported keeping the programs separate, but said turning them into departments could be a stretch.

Financial concerns about the creation of new departments were also raised by representatives.

“I understand the point completely that it’s probably not achievable, but I think by approving the resolution we are speaking for the students who need to prioritize their identity,” ASM Chair David Gardner said.

Vines said this is an opportunity for UW to become a part of a national platform.

A full annual membership costs $21,410, which would be financed with 50 cents of every students’ segregated frees, he said.

Neibart amended the resolution, splitting the 50 cent payment into two payments, with the second payment contingent on the retraction of policy platforms from the constitution. She said Student Council had voted down membership with the organization multiple times in past sessions.

Rep. Lila Greenberg, who previously testified against the membership, said she supported the amendment because it holds ASM to its principles.