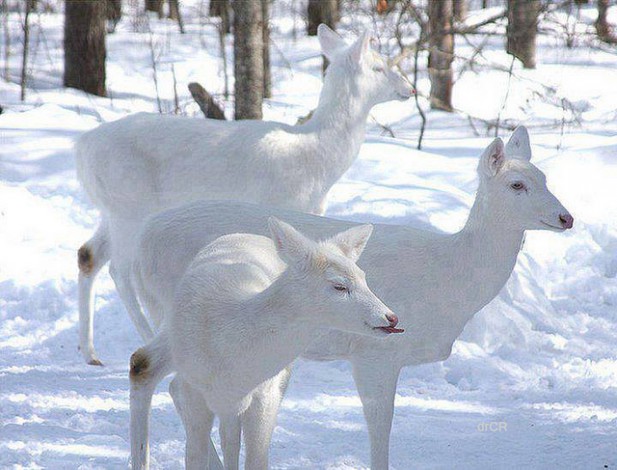 In its annual attempt to gauge public opinion on Wisconsin Department of Natural Resources regulations on fish and wildlife, DNR’s Wisconsin Conservation Congress polled residents of all 72 counties Monday on various conservation-related topics.

The results of the public hearing, released Wednesday, showed strong approval for the protection of albino white deer, except in zones where “chronic wasting disease,” a disease in which an infectious agent causes the deer to slowly lose weight until it dies, is present.

Most counties in south and central Wisconsin, as well as some in the northwestern part of state are affected by the disease, according to DNR.

Albino white deer are at a natural disadvantage because a genetic mutation prevents them from developing protective pigmentation typical of other varieties of deer, according to DNR.

Voters approved of current protections with only 1,915 voting to legalize hunting of albino white deer statewide and 3,939 against such a change. However, slightly more voters said such deer should not be protected in chronic wasting disease zones with a vote of 2,963 to 2,665.

“That’s interesting to me,” Kari Lee-Zimmermann, DNR Wisconsin Conservation Congress spokesperson, told the Baraboo News Republic. “I’m not quite sure what to make of that.”

White albino deer will be protected statewide, even in chronic waste disease zones, for the 2014 hunting season due to new rules adopted by DNR in January.

The majority of voters also supported the adoption of a policy to allow trolling, or trailing a lure with bait in the water behind a boat, statewide.

DNR drafted a proposal to allow fishers to troll three lines behind their boats in 2013, but the congress presented respondents with a compromise proposal that would allow trolling of only one line, but would expand the policy to all counties.