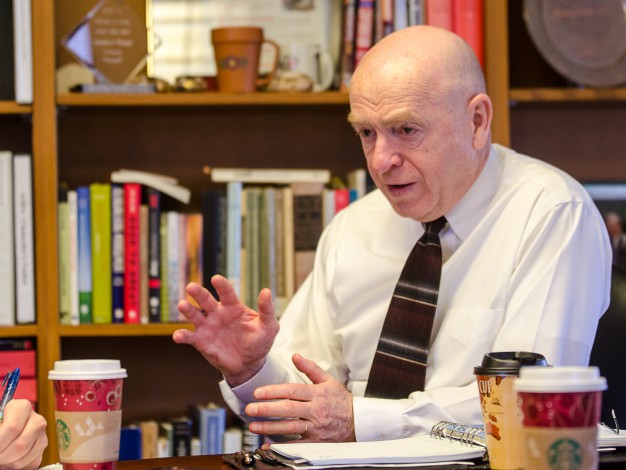 Following up on promises to make the University of Wisconsin System’s finances easier to understand for the average observer, UW System President Ray Cross presented the proposal to revamp the annual budget process to the UW Board of Regents Thursday.

The system finished the third quarter of the current fiscal year in March with $1.7 billion and is expected to end the year with $1.1 billion in surplus funds, according to the Associated Press.

Cross said he wants to make the financial reporting of such funds more transparent in order to prevent surprises, specifically in the area of the “budget versus actual report,” which is done on a quarterly basis to measure the difference between budgeted expenditures and income and actual expenditures and income.

“Our whole purpose is to prepare you and to help you feel comfortable with what we’re doing as an organization and to be very open about where we are and where we’re going,” Cross said. “In other words, we’re hopeful to increase your confidence in how our finances are managed on a daily basis.”

Through discussions with the Legislature, balances for year-end funds will be split into the categories of obligated, planned, designated, reserves and undocumented funds, each with varying degrees of flexibility of use, said UW System Senior Vice President for Administration and Fiscal Affairs David Miller.

Miller said a minimum fund balance of 10 percent will also be instituted, meaning 10 percent of funds should remain at year end. The Legislature will have to approve the new reporting policy before it goes into effect.

“We’re still refining it, so please share your concerns and criticisms of it as well,” Cross said.

Cross said the system is also working to divide annual operating budget categories of funds into “auxiliary operations,” including housing and student life, “general operations” and “gifts, grants and contracts.”

The ultimate goal is the development of a full forecasting model for future budgets and measuring long-term financial trends, Cross said.

The Board of Regents will vote on the annual operating budget for the 2014-15 fiscal year in June.