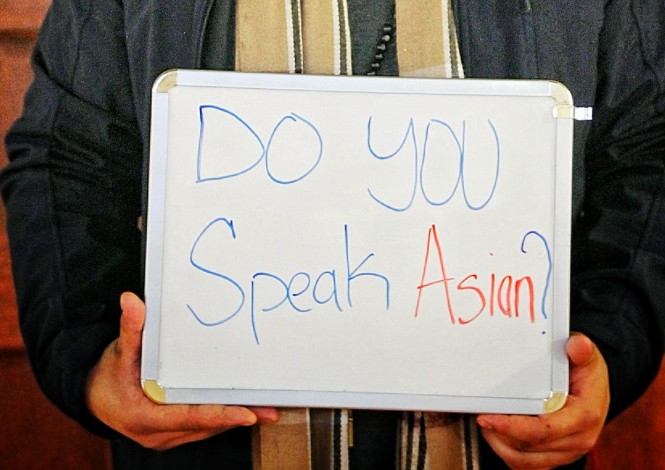 University of Wisconsin students have taken to Tumblr to voice their opinions on what it is like to be a student of color on campus.

In the photo campaign, various students hold placards of inflammatory statements they have heard on campus, stereotypes that exist for students of color or personal responses to those stereotypes.

“I, too, am UW-Madison” has been gaining buzz around social media spheres in a positive light.

Big thanks to @UWMadison students of color for doing this: "I, too, am UW-Madison." http://t.co/WduCXjZwiU

.@UWMadison students draw attention to struggles and experiences with race in "I, too, am UW-Madison" campaign http://t.co/kEr5qeMDLl

In a statement posted on the website, originators of the campaign said they hope the campaign will lead to “serious discussions about race on our campus, and on campuses nationwide.”