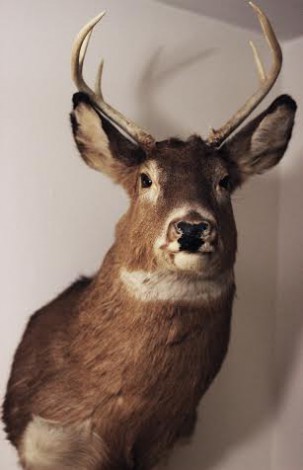 A new mobile app from the Wis. DNR will help hunters locate each other to ensure maximum safety.

Staying true to the idea that there is an app for everything, the state Department of Natural Resources launched a new mobile application to help hunters as deer season began Saturday.

A statement from state DNR Secretary Cathy Stepp said the app will feature GPS mapping software and a safety alert tool, as well as a Trophy Case feature which allows hunters to share stories and photos from their deer hunts.

Rep. Stephen Nass, R-Whitewater, a hunter himself, said he is hoping to see more and more new hunters become “excited” about the sport because of the new app.

In a statement from the DNR, Stepp said the app has a feature designed to connect hunters in the same area to assure maximum safety.

“[The app allows hunters] to share messages and their GPS location with designated contacts, to help make sure help is at arm’s reach,” Stepp said. “As I always say, a safe hunt is a successful hunt.”

Hunters will be able to find places to hunt, places to register their deer and regulations surrounding hunting, Stepp said.

Stepp added the app will be updated regularly and an additional feature will be added in the spring for the fishing opener. Anyone who downloads the free app will receive updates as they are made, she said.

In addition to the app, another change for hunters this season is the allowance of rifles, instead of only shotguns, through new legislation passed this session.

Gov. Scott Walker said he was looking forward to a safe but successful deer season, as a fellow hunter himself.

“Like riding my Harley and watching the Packers, going hunting is one of my favorite Wisconsin traditions,” Walker said in a statement.

According to a statement from Sen. Julie Lassa, D-Stevens Point, 2012 was a relatively safe hunting season in Wisconsin. However, 28 incidents of weapon-related injuries were reported, of which four were fatal.

Most hunting related injuries are not weapon related, however. The DNR’s Outdoor Report for November 21, 2013 states “statistics show one of three hunters will experience a fall from a tree stand.” The agency continues by encouraging anyone hunting from an elevated tree stand to use a safety harness.

“The leading cause of injuries during hunting season isn’t firearms,” Lassa said in a statement. “It’s the unsafe use of tree stands. This is another injury that is easy to prevent: eight out of 10 hunters who are injured in falls from tree stands aren’t wearing a full-body harness.”

Additionally, a survey from the DNR showed that even though two-thirds of hunters who hunted from stands owned a body harness, only a third actually wore them.