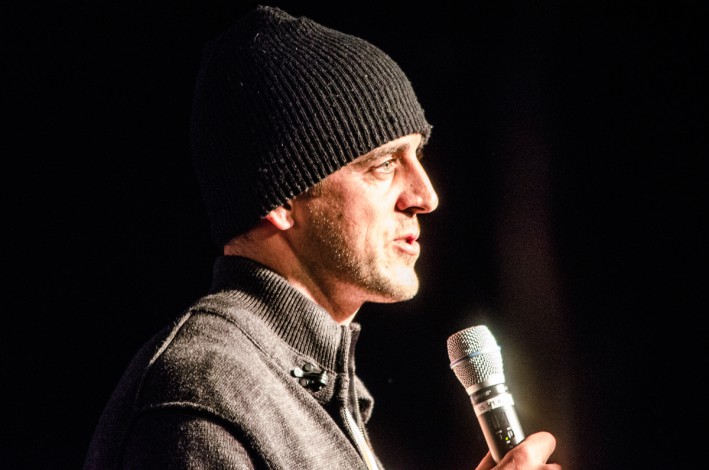 Aaron Rodgers raises awareness for Amnesty International campaign in quest to be "more than a football player."

The initiative was started as part of a movement to raise awareness about violence in Congo occurring as a result of mineral mining for use in electronics such as smartphones.

Rodgers addressed the crowd, which was ironically wielding smartphones at what he said was the “Berkeley of the Midwest,” a reference to his California alma mater.  Rodgers said cellphones are something everyone takes with them, and people should be aware of the conflict materials that go into making them.

Students should become more aware of this violence and take an activist approach because they can have a voice, Rodgers said.

He said he is following in the footsteps of Green Bay Packer great Bart Starr with getting involved with the Congo campaign, by using his fame as a platform to make the world a better place.

While students may have turned out just to see the MVP and Super Bowl Champion, UW sophomore Lydia Stanley said Rodgers’ message about the Congo was inspiring.

“Obviously Aaron Rodgers brought me here, but after listening to him and everyone else speak, I was inspired by their messages,” Stanley said.

According to Rodgers, college students are the ideal audience for causes like Raise Hope for Congo because of their energy and the nature of the developmental stage in their life.

“College students are awesome — the energy, the vitality you all have,” Rodgers said after the event. “This is an important time in life. It’s a great time to test the things you’ve been taught, test the things you’ve been told as a young person and to figure what kind of beliefs you’re going to have, what kind of causes are you going to get involved with, what’s going to be most important to you and what truths are you going to hold tightly as you go through this process.”