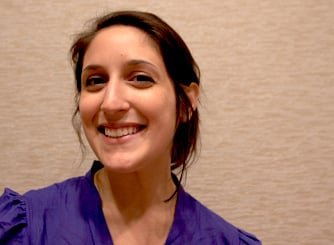 Before certain Jewish religious services may take place, at least 10 men or a total of 10 men and women must be present, depending on one’s observance.

This special requirement is called a minyan, derived from the Hebrew word for count or number. It is a timeworn tradition, to be sure, but the reason behind it is anything but arbitrary.

“It is set up that way in some way to say that it is more than just a prayerful meeting,” said Greg Steinberger, executive director of the University of Wisconsin Hillel Foundation. “You have to be a community.”

Despite the lack of a large Jewish population in Wisconsin, UW possesses just that: A robust Jewish community that takes many forms, some religious, some cultural, all of them an integral part of the school’s history and identity.

Since the outset of the academic year, this community has seen new levels of controversy and change with effects that rippled out to the university’s larger student body, forging dialogue, examination and a renewed sense of what it means to be Jewish at UW.

Although the term “Coastie,” as it is used at UW, became generally associated with affluent out-of-state students, the October 2009 debut of “The Coastie Song,” created by UW junior Quincy Harrison and UW sophomore Clifton Grefe, was seen by some as foundationally changing its meaning.

“They clearly draw the line [connecting] Jewish and Coastie,” Steinberger said of the song. “It’s in the text; it’s sort of in the video images a little bit. They take it to a different place, and they’re unapologetic about it.”

Short with blonde-brown hair, Langer said she has never been called a Coastie because she does not dress for the most part in stereotypical leggings and a V-neck T-shirt.

“I think that the association that was made in that song between Jewish students and Coasties was inaccurate and also irresponsible on the part of the composers,” Langer said. “It left a lot of students in the lurch in the sense that they were then automatically labeled as Coasties.”

Grefe said “The Coastie Song” was born of a desire to do something that hadn’t been done before: Make music about a local phenomenon. The resulting charges of anti-Semitism against what the duo saw as a love song took them completely by surprise.

“During the course, we kind of just listed a lot of typical characteristics of a Coastie,” Grefe said. “And it just so happens that a lot of people who come from the East Coast happen to be Jewish in the population of students at UW-Madison.”

This semester, some in the Jewish community found themselves looking to “The Coastie Song” as the root of a new stigma surrounding Jewish students, compounded by anti-Semitic comments posted in reaction to The Badger Herald’s February article on an incident involving the Alpha Epsilon Pi fraternity and the subsequent advertisement taken out by Holocaust denier Bradley Smith in The Badger Herald online edition.

“I strongly believe that if the stereotype is contributing to a derogatory image of Jews on campus and allowing for ideas like Holocaust deniability to arise, that’s patently unacceptable,” said UW junior Ross Pollack, president of Jewish Experience of Madison’s student board.

Pollack, a native of Baltimore, said before this academic year he had never before felt criticized or judged for being an out-of-state Jewish student at UW.

“I think you can separate it into two categories: The way people dress and act, that’s not necessarily derogatory or anti-Semitic,” Pollack said. “But when that gets mixed with these feelings of anti-Semitism, and ‘this is where they’re from’ and ‘these Jews come here and they act like this,’ I think that’s when it becomes a problem.”

Steinberger said this year, which included a UW Hillel rally against Holocaust denial, conversations with the dean of students and meetings with concerned Jewish students, has been the most eventful in his 10-year tenure with Hillel.

“Jews feel, sort of post-Holocaust or longer, a certain sensitivity to being outsiders. These little things, even if they feel meaningless, are pinpricks,” Steinberger said. “This year you can draw a line of a whole bunch of pinpricks that resulted in a terrible kind of climate-changing experience. You take a couple of pinpricks… and pretty soon you have an injury.”

The injury resulting from the year’s events can be seen as sort of culmination of conditions that have historically separated and excluded Jewish and out-of-state UW students from others.

According to historian Jonathan Z.S. Pollack, a Madison College fellow at the Institute for Research in the Humanities, the first Jewish student came to UW in 1865, less than 20 years after the University’s founding in 1848.

Throughout the rest of the 19th century, there were small numbers of Jewish students at UW with one or two in each class, Jonathan Pollack said. Most were in-state kids, coming to study education, agriculture and engineering. The 1920s, however, saw a big change in why Jewish students came to UW.

In 1923, Harvard University president Abbott Lawrence Lowell restricted the number of Jewish students admitted to the school, claiming Harvard, originally founded to train ministers, would lose its “fundamental character.” It was from this move, Jonathan Pollack said, other Ivy League schools and some public universities took their cue and adopted the Harvard plan.

Coincidentally, in 1927, UW began a liberal arts Experimental College that largely failed to interest in-state students. But it did interest many out-of-state Jewish students recently shut out from opportunities in the East. UW had no quota for Jewish students and their enrollment increased.

“The problem was, then as now, Wisconsin doesn’t guarantee housing for everyone who wants it,” Jonathan Pollack said. “Students who were in the state got priority on the scarce campus housing that existed.”

Assistant Director of University Housing Barbara Burchfield said in the last four years, both in-state and out-of-state students were provided housing contracts within the same time periods. Historically, she added, priority was given to Wisconsin residents regarding UW public housing.

So while a majority of Wisconsin residents filled the public residence halls, Jewish students were often left to find housing with boarding houses and private residence halls. The situation was such, Jonathan Pollack wrote in a historical journal article, that in the early 20th century, UW’s Hillel chapter kept a list of housing options that were “not restricted” as a service to Jewish students.

Today, he said the housing situation is complicated by many factors. Students often follow patterns set by family who came to UW and areas historically unfriendly toward Jews tended to retain reputations long after residential restriction was outlawed.

“As a result, out of initially exclusion, but then later on I’d say it’s just out of habit, people tend to go where they’re familiar,” Jonathan Pollack said.

For the 2009-10 academic year, 42,096 undergraduate, graduate, professional and special students enrolled at UW. About 5,000 are Jewish, Steinberger said, adding that number represents a conglomerate of informal estimates from various campus agencies. The UW Hillel database currently holds about 3,400 people, he said.

As of fall 2009 there were 12,383 out-of-state students enrolled at UW. Total tuition and fees for these students is currently $23,063 according to figures from the Office of Admissions, nearly three times the in-state tuition rate of $8,313.

While Jonathan Pollack acknowledges smaller communities of UW Jewish students from Wisconsin and those from working class homes, he said the history of Jewish students coming to UW from other states contributes to the perception of the wealthy Jewish “Coastie.”

“Out-of-state students are often going to be… from backgrounds that can afford the extra money and come here,” Jonathan Pollack said. “Where you’ve got Wisconsin, (which) in a lot of ways is kind of a struggling agricultural and manufacturing state… there are going to be tensions with that.”

Steinberger said any lack of concern for the Jewish students at UW based on assumptions about their wealth and privilege is “despicable.”

“Those kinds of comments drive home an opportunity for clear racism and for clear anti-Semitism,” Steinberger said. “It doesn’t take you far from suggesting that money and wealth are what the (Jewish) community has to hook-nosed cartoons in the paper.”

Following the release of “The Coastie Song,” UW Housing Area Coordinator Dave Bernhard, who is based in Chadbourne Hall, received calls from three separate parents of UW students from the East Coast.

“Their concerns were that there was kind of a stigma attached to students who were not from Wisconsin… that they were viewed as outsiders or less of a Badger,” Bernhard said.

UW professor of musicology Pamela Potter, who holds an appointment in the Center for Jewish Studies, said she and group of UW students, scholars and experts are organizing a forum-type event in fall 2011 related to issues that precipitated the song.”

“The rumors started to spread among prospective students and their parents that Wisconsin was not a welcoming place for Jewish students,” Potter said. “We want to get together and explore the climate on campus for Jewish students…and just look at the campus climate in general.”

Looking back on the fallout from “The Coastie Song,” Grefe said he and Harrison might have done things differently.

“I guess if it just made the whole difference, we would have just taken out the Jewish references because we don’t want anybody to misinterpret our music,” Grefe said. “If that could have been avoided, I feel like the message would have been the same.”

Steinberger said he hopes that policy changes within The Badger Herald will help to prevent people such as Bradley Smith from finding an outlet in student newspapers.

“I think there are definitely been mistakes that have been made on every side,” Langer said. “All I can say is that I hope that the same things won’t be happening right after I graduate.”

Despite its controversies, Jonathan Pollack said, putting the year in historical context shows an improvement in tolerance at UW. In the 1930s and ’40s, he said, Jewish students were commonly discouraged by professors from getting Ph.D.s in certain areas and discrimination in hiring was “totally legal and widely practiced.”

“When there are anti-Semitic things going on in the college in the ’30s, it was a much bigger reflection of the outside world,” Jonathan Pollack said. “Whereas in the present, where those laws don’t exist, where those conditions aren’t really experienced… the threat is certainly not as real and whole-hearted.”

Steinberger said the strength of the UW Jewish community in the face of the year’s events will be a powerful memory in the minds of its students.

“[For] some of these students, this will be one of the things that they will take with them the rest of their life,” Steinberger said.