After a long summer of avoiding [email protected], students at the University of Wisconsin may be surprised to find a new system accessible through their dashboard called Canvas.

It’s all part of a university effort to cut costs and increase efficiency as UW makes the transition to a single learning management system — the days of Desire2Learn and Moodle are numbered.

While it will be two years before all university classes use Canvas, UW has already moved more than 400 courses onto the new learning system. During these two years, students may be expected to navigate and operate up to three learning systems.

A system tailored to UW’s needs

Learning systems like Desire2Learn operate through a single private contract with UW.

DoIT spokesperson Brian Rust said universities can run into problems when working through these contracts because it is difficult to tailor the features of a learning system to specific universities’ needs. 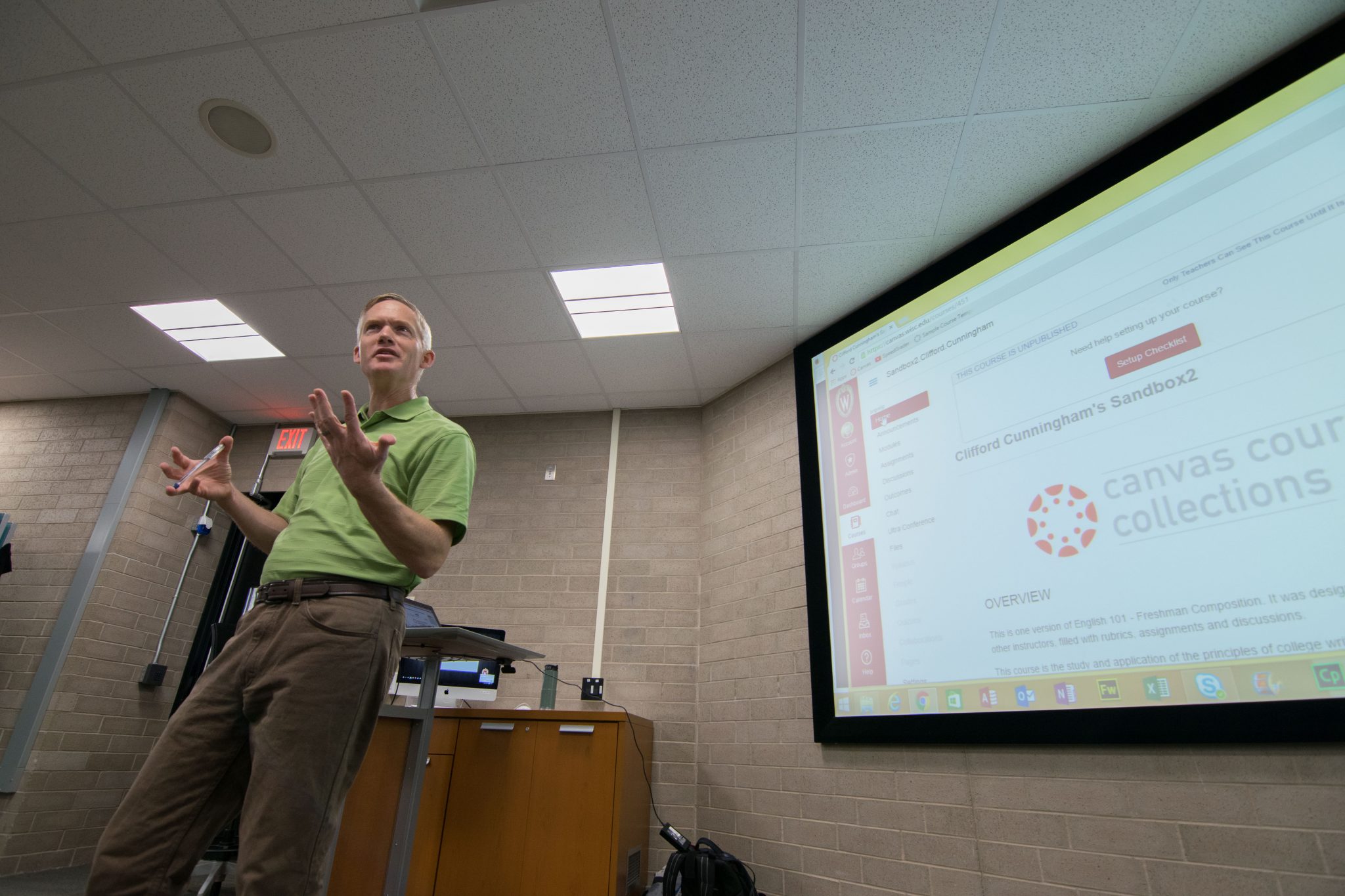 Universities have to pay private companies to use their learning system and, in many cases, pay them again to get analytics and further development.

“You don’t really own the tool,” Rust said. “The commercial vendor isn’t necessarily beholden to accommodate your institution’s needs because you’re just one of many customers.”

“The commercial vendor isn’t necessarily beholden to accommodate your institution’s needs because you’re just one of many customers.”Brian Rust, DoIT spokesperson

To address these problems, UW joined a group of higher education institutions called Unizin a year ago. Unizin’s main goal was to allow universities to implement a new learning management learning system that can better meet the needs of the universities in the consortium.

“[UW is] part of a consortium that wants to basically control its own future in terms of the products that it uses for course management,” Rust said.

Unizin’s contract with Canvas is more favorable than a single private contract because of the collective voice that the consortium offers, Rust said.

UW over the past several years has assessed student and faculty satisfaction with the current learning management systems, Desire2Learn and Moodle. Rust said students have made it clear they prefer using a single system, though they are not concerned about which one.

“The key issue [students have] is, ‘Don’t make me use a different learning system depending upon what course I take because it’s challenging to know the ins and outs of a particular system,’” Rust said. “We took that very seriously and so the campus leadership has been intent on focusing in on one learning system.”

During this two-year transition period, however, students may have to learn and use up to three different UW-supported learning systems — Desire2Learn, Moodle and Canvas.

“That’s just the consequence of moving in the direction of having one,” Rust said.

While full implementation of Canvas will not happen until UW’s contract with Desire2learn runs out in 2018, Vice Provost Steve Cramer said to make a successful transition, this period of time is necessary.

“We have thousands of courses that need to move from one system to another and we have to make sure certain capabilities are there so that faculty instructors can continue to teach their classes as they want to teach them and that’s going to take a little while to get through,” Cramer said.

Cramer said maintaining three learning management systems on campus is not sustainable, so the move to Canvas, which can meet a wider set of needs on one platform, is more efficient and cost effective. It is too early to have numbers on exactly how much money will be saved with the switch, Cramer said, but the licensing cost for Canvas is less than Desire2Learn.

Cramer said the recent budget cuts did not play a direct role in the decision, but they did reinforce the university’s effort to be as efficient as possible.

“We can focus our support and our attention on one rather than three, given that we only have a limited amount of dollars that we can spend on support, we are going to do a better job with one than we are with three,” Cramer said.

UW recently completed an assessment to determine how difficult it will be for the remaining courses to transition to Canvas. Some courses, Rust said, have more content stored on learning systems than others, and it will be more difficult for those courses to complete the transition.

“I’m hoping that we will be able to integrate a variety of tools into Canvas that provide an affordable and rich learning environment to students.”Steve Cramer, Vice Provost

Rust said the next step after the assessment is to schedule the necessary conversions.

Cramer said some faculty have expressed concern that some of the existing features on the current platforms won’t transfer over to Canvas. But he said there are new capabilities Canvas offers that both faculty and students will enjoy, such as the Canvas calendar, which highlights when assignments become available and are due. 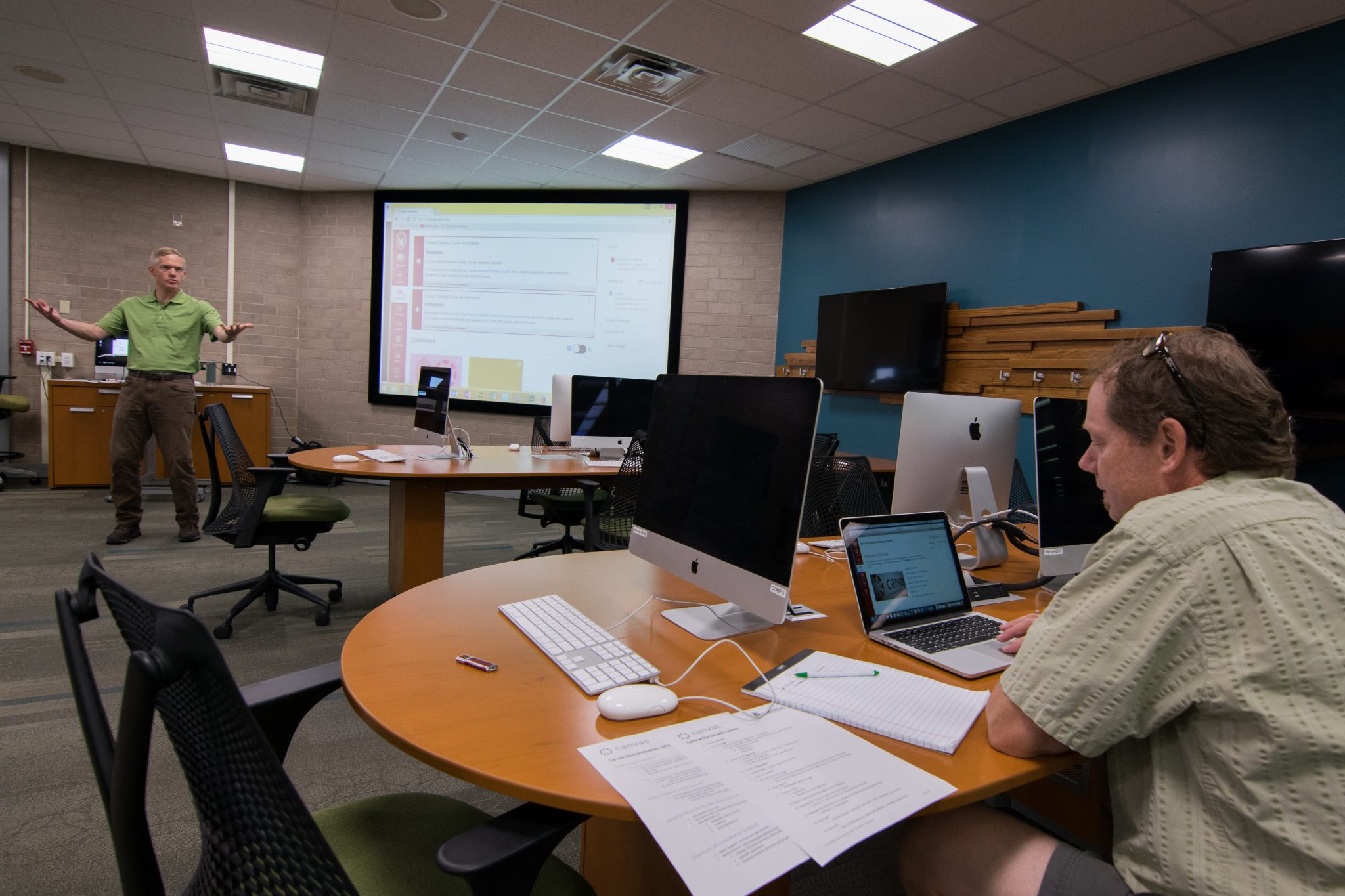 The switch to Canvas will also potentially decrease faculty’s reliance on additional programs for instruction like TopHat and MasteringChemistry that represent out-of-pocket costs for students, Cramer said.

In particular, Cramer said Canvas has a polling feature that, though probably not as comprehensive as TopHat right now, could eventually replace the program.

“I’m hoping that we will be able to integrate a variety of tools into Canvas that provide an affordable and rich learning environment to students, as opposed to completely independent systems being brought into our learning environment where students have to perhaps pay for each one,” Cramer said.

“We don’t need to ban the use of TopHat, all we need to do is campaign directly to faculty and show them … we have [another] learning management system — we have Canvas.”Colin Barushok, SSFC Chair

“College is expensive, tuition is expensive, segregated fees are expensive, the cost of living is expensive and what that course affordability resolution did was try to encourage admin and faculty to get rid of all the extraneous costs to go to class,” Barushok said.

While the resolution did not gain traction with administration and met opposition within Faculty Senate, Barushok said ASM struck a deal with Cramer. ASM agreed to support Canvas in exchange for Cramer’s office sending out a letter to faculty urging them to get rid of out-of-pocket student costs, he said. Barushok said the implementation of Canvas was a “good move,” but that he still is using TopHat in two of his classes, so he does not know if Cramer held up his side of the bargain.

“Whether that memo ever got sent or not, there are still faculty members out there who are not getting rid of TopHat and that’s a bit upsetting for me,” Barushok said.

Cramer said he could not confirm whether his office sent out the memo.

Going forward, Barushok said he plans to find out if the letter to faculty was sent and hopes to see the campaign revived this semester through incoming ASM freshmen representatives. He said there is still work to do to decrease out of pocket course costs for students, but the campaign may turn its attention to faculty, bypassing administration in the future.

Barushok said students need to communicate with the faculty and deans directly, instead of directing their efforts through administration, to communicate that programs like TopHat and MasteringChemistry aren’t necessary.

“The problem is that faculty don’t like to be told what to do … it’s really hard to mandate the faculty to do anything,” Barushok said. “We don’t need to ban the use of TopHat, all we need to do is campaign directly to faculty and show them … we have [another] learning management system — we have Canvas.”