For Brooke Evans, nightfall marked the start of a new day.

She could barely sleep at night. Instead, her moments of unconsciousness would come during the daylight.

In the mornings that she awoke with a roof over her head, and when she did find the motivation to get off the floor or couch — wherever she was sleeping at the time — she rose as early and as quietly as possible, so as not to disturb her various hosts, to shower and get dressed.

She didn’t have cupboard or fridge space when she was couch surfing, so meal preparation was a challenge. She carried cans of soup with her: cream of mushroom, cream of celery — the kinds people donate to the food pantry after purchasing them and realizing they don’t like them. She would eat them with her singular utensil, which combined a knife, spoon and fork — a handy purchase from Goodwill years ago.

And in class, she put on a front. She would often face judgment from fellow classmates. They would ask her why she didn’t have a coat, boots and more clothes. Often, because of her inability to sleep at night, she would find herself napping through lectures.

Outside of class, as time wore on, she found herself unable to meet homework deadlines. She felt aimless, unable to work toward a goal of a better future self, one worth investing in.

She was merely a shadow of herself, barely existing to minimally inconvenience everyone that had invested in her by providing housing, food, showers and time.

This homelessness and insecurity lasted for Evans, a University of Wisconsin undergraduate philosophy student, for five years.

Resources on and off campus

While Evans never sought help from administration, as she didn’t know it existed, Associate Dean of Students Kevin Helmkamp said anyone expressing issues of food or housing insecurity should go to the Dean of Students Office. But, he added, the “university in and of itself doesn’t have a lot of solutions there [in the areas of food and housing insecurity], so the efforts would be to connect with community resources the student could access.”

Inside the university, Helmkamp pointed to the Student Crisis Loan Fund, which provides an emergency loan of up to $500 to student applicants who experience any unexpected circumstances that require financial relief. Students have to pay back this loan within six months, but can re-apply for it as needed once the loan is repaid, Helmkamp said.

To obtain a loan, students must first submit an application explaining their need for a loan, and a preferred loan amount, before meeting with a Dean of Students Office staff member to discuss their application, Assistant Dean of Students Kathy Kruse, who works directly with crisis loans, said. If approved, the Bursar’s Office will issue a check to the student applicant the following afternoon.

Noreen Siddiqui, student assistance specialist for the Dean of Students Office, worked with crisis loan applicants from September 2014 until January 2016. In her experience interviewing students who had applied for the crisis loan, she described the importance of ensuring whether the student’s need for a loan was a one-time situation, or a “chronic poverty issue that might be coming to a crisis point now.”

In the case that it could be a “chronic poverty issue,” Siddiqui said if students were interested, she would refer them to resources such as local food pantries, local government agencies or nonprofits.

In terms of further university resources, Helmkamp said from what he has seen in areas of food insecurity and homelessness, these issues have a “tremendously negative impact on a very small number of students.”

“It’s kind of that age-old dilemma, when you have limited resources, what’s more important — to address the issue that impacts 10,000 somewhat, or impacts 10 tremendously,” he said.

Evans, prior to securing housing at UW, couch surfed for five years. Since November 2014, she has found herself involved within the inner workings of UW’s student government, particularly as they try to tackle issues of food and housing insecurity on campus.

In her experience with homelessness, Evans, while filling out her FAFSA and attempting to prove she did not have a home, realized there were a variety of ways to consider the situation of being homeless.

On the FAFSA, Evans said, the definition for homelessness is narrow, only including individuals who had stayed or are staying in a shelter, meaning she did not qualify.

“I had no home, no mailing address, but I wasn’t in a shelter,” Evans said. “[When survey makers or organizations] don’t define homelessness as anything other than ‘Are you staying in a shelter?’ you feel perhaps something is wrong with you — if you haven’t gone to a shelter, then maybe you don’t have it bad enough.”

In Siddiqui’s experience, students do not tend to identify themselves as homeless, housing insecure or food insecure. This, she said, makes identifying the scope of students who face these issues difficult.

“I have definitely personally talked with students just this past semester in the fall who were dealing with food insecurity or homelessness,” Siddiqui said. “None of those students would have used those words to describe themselves. That’s where it becomes so hard to quantify [the number of students who are food-insecure or housing-insecure].”

Sociology Ph.D. student Katharine Broton has been working with the Wisconsin Harvesting Opportunities for Postsecondary Education Lab since fall 2010. Through its research, the Wisconsin HOPE Lab looks to improve the equitable outcomes of students in higher education. 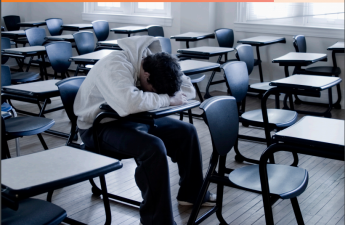 While data regarding food and housing insecurity collected from UW has been included in the Wisconsin HOPE Lab’s statewide research, HOPE Lab researchers don’t publicly share the rates of individual campuses due to confidentiality reasons, Broton said.

Overall, Broton said, aggregate results of housing and food insecurity at two and four-year colleges across the state show the number of students experiencing these issues appears to be increasing.

“We’re not saying this is a brand new problem, but it is getting increasing attention, and it does appear to be increasing, especially as more and more people enroll in college,” Broton said.

While Associated Students of Madison is working to provide resources for students struggling to obtain food or shelter, student government members are currently unaware of the scope of student homelessness and food insecurity on campus.

2014-15 ASM Vice Chair Derek Field criticized UW administration for not collecting data on these issues, calling it a “failure on the university’s part in assessing these kinds of challenges among the student body.”

“The university not checking to make sure we’re not food-insecure or housing-insecure demonstrates that they don’t really have an interest in providing any kind of support in those areas,” Field said.

In November 2014, Field and then-ASM Chair Genevieve Carter worked to amend a food pantry line into ASM’s budget. Almost $23,000 was allocated for the pantry, and the majority went to two student hourly positions, which were filled in August by Alison Montenegro and Samantha Arriozola. ASM’s food pantry, “An Open Seat,” opened Feb. 5. 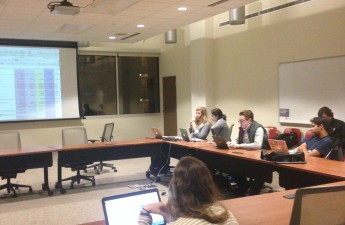 Overall, she said the pantry would be useful in meeting and further assessing students’ needs.

“This food pantry will be really helpful in helping to calculate where the need is coming from, and ensuring those people are getting the resources they need,” Montenegro said. 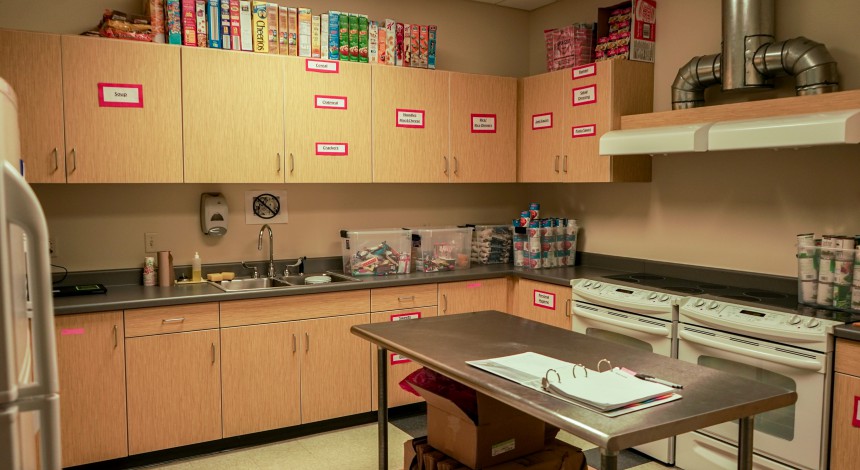 Because individuals accessing the pantry need to fill out an intake form, outlining demographic information like year in school and address, Helmkamp is hopeful the data collected from the food pantry will help UW administration better understand the scope of food insecurity, and potentially homelessness, within the student body.

“Learning more about the scope of the individuals who go to the food pantry who provide this information will allow us to then go, ‘Oh, OK, this is what we have. Now let’s look for the solution to these issues,’” Helmkamp said.

A call for administrative action

Field believes UW should have addressed issues of housing and food insecurity “before it became a problem.” UW should not be relying on student government to step up and fill the need, or for data collection purposes, he said.

Meanwhile, for students struggling with these issues, assistance cannot come soon enough, Evans said. As a former homeless student, she said she has often felt a lack of support from administration, faculty and staff as she works to obtain a college degree, with some suggesting she drop out.

While Broton has also heard objections that students struggling with food and housing insecurity should not be enrolled in colleges or universities, she disagrees.

“As a sociologist, I’m interested in stratification and mobility, and we know that one of the best ways to break the cycle of poverty is through higher education,” Broton said. “I think supporting students through their college career is a very worthwhile short-term investment that has the potential for a much stronger long-term payoff.”