Waking up on Valentine’s Day freshman year, the night before was vague.

Puzzled, I looked around the room and saw my clothes laying on the ground — my first clue.

Wearing a white T-shirt and basketball shorts that didn’t belong to me, I scrambled to grab my things to change in the bathroom. Next to a trash bin lay a second clue — an open condom wrapper.

In the bathroom, I decided against changing when I noticed the odor of vomit and wine on my clothes. Looking in the mirror, makeup smudged and hair disheveled, I spotted a third clue — the marks on my neck.

I realized the source of the pain between my legs.

A recent survey conducted by the Association of American Universities revealed 27.6 percent of female undergraduates reported having experienced sexual assault during their time at University of Wisconsin.

As alarming as the statistic may be, it does not come as a surprise to victim advocates who frequently hear the narratives of college sexual assaults. 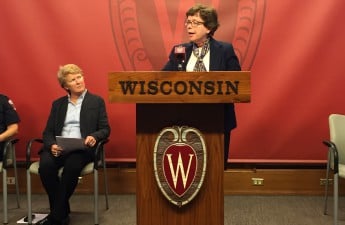 Carmen Hotvedt, manager for violence prevention and victim advocacy at University Health Services, has been working full-time against sexual assault on campus for almost 11 years.

“What I’ve seen change is students step up and say ‘enough is enough.'”Tonya Schmidt

While she and her colleagues are not surprised by the AAU’s finding that one in four students experience sexual assault during college, Hotvedt said the reaction to the localized numbers of a national statistic among university officials has been serious.

Tonya Schmidt, associate dean of students, has been working on the issue of sexual assault since she was an undergraduate and said a change in narrative seems to be happening both nationally and locally.

Laura Dunn, a 2007 alumna of UW, has dedicated her life to advocating victims of sexual assault.

Dunn founded Survjustice, an organization that provides legal assistance to survivors from campuses throughout the nation. In 2013, she had a victory on Capitol Hill with the Campus Sexual Violence Elimination Act, which enables victims to appeal an outcome and requires schools to inform them of all available options.

Her passion for this issue came out of her own personal experience at UW.

One night during her freshman year, Dunn felt comfortable leaving with two trusted male friends after they had been heavily drinking at a fraternity party.

But she was betrayed when the two men sexually assaulted her while she slipped in and out of consciousness.

Dunn built up the courage to go to the dean’s office to report the crime 15 months later.

A second betrayal came from the university after a nine-month investigation, when neither of the men faced punishment and one had already graduated.

“We, as student survivors, are the ones that are truly holding schools accountable.” Laura Dunn

In many ways, Dunn’s situation is statistically typical of most assault cases, as is mine. Drinking is involved in nearly 75 percent of incidents and 40 percent of the time, the perpetrator is a friend or acquaintance.

In 18 percent of incidents when penetration occurred by force, the victim was passed out all or part of the time.

What’s rare about Dunn’s case is the fact that she came forward publicly. When an assault involved incapacitation, students reported the incident only 5 percent of the time.

“We, as student survivors, are the ones that are truly holding schools accountable,” Dunn said. “And it’s really tragic to me that so many survivors had to share their stories publicly because it is such a hardship, in order to get justice.”

Unlike Dunn, I chose not to turn to university officials. As a freshman, reporting didn’t cross my mind.

But one thing was clear to me as I tried to piece together the night — when I left work and received the invitation to go out that night, I had not intended to wake up in that apartment the next morning.

That does not come close to the 27.6 percent result from AAU’s survey.

But it confirms what UWPD and university officials were already aware of — a disparity between actual assaults and reported assaults.

Marc Lovicott, UWPD spokesperson, acknowledged that sexual assault is one of the most underreported crimes they deal with.

“If you look at the numbers … [in] the sexual assault climate survey, the numbers don’t match up,” Lovicott said.

Sexual assault reported in residence hall Saturday, marks second report this yearA sexual assault was reported on campus during the early morning hours of Saturday, Sept. 12, according to University of Wisconsin Read…

On-campus sexual assault reported, second this weekA second sexual assault was reported to have occurred on campus on Saturday, Sept. 12, according to University of Wisconsin Police Department. UWPD received the Read… 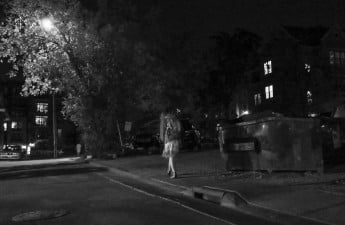 Sexual assault reported in fraternity houseA sexual assault was reported during the early morning hours of Saturday, Sept. 19, in an off-campus University of Wisconsin Read…

While UWPD and the university prioritize helping survivors, they encourage victims to come forward to police.

“We feel that we have an obligation as a police department to hold these people accountable for their actions so they don’t re-offend,” Lovicott said.

But in a case where a victim does choose to report, acting quickly is imperative for an investigation. Investigations often face barriers when it comes to gathering sufficient evidence.

Even if someone is uncertain about reporting, Lovicott said getting examined through the sexual assault nurse examiner at Meriter Hospital can help a case in the future by having forensic evidence.

While every case that was reported to UWPD last year resulted in an arrest, many did not end in conviction. Cases are often denied by the District Attorney’s office for lack of evidence, which Lovicott said happens frequently.

“The DA’s office has a higher standard in that they must by court of law prove beyond reasonable doubt that a crime happened,” Lovicott said.

If a student chooses not to report to police, they may still take action through the dean’s office.

Despite challenges in prosecuting a sexual assault that is reported years after it occurred, changes in legislation are making it possible for victims to have more time to report the incident.

Sen. Devin LeMahieu, R-Wisconsin, who helped craft the bill, said one of his constituents came forward about an assault that happened to her in college, but was unable to prosecute due to the amount of time that passed.

“She wanted, for all other victims who might be assaulted in the future, to tell her story to me and hopefully get the law changed on statute of limitations,” LeMahieu said. “Give a little more time for victims to have the strength to come forward and hopefully bring to justice the assailant who attacked them.”

Work to be done

Hotvedt and Schmidt have both accumulated the weight of heavy stories of sexual assault experiences on campus.

“There’s definitely a secondary trauma that comes with hearing these stories over and over again,” Schmidt said. “I never thought I would be put into a situation where I was actually adjudicating and investigating these cases; it’s been quite difficult. The reason I haven’t stopped though is because I know that there is a lot of work to do and I want to try and make a change in this area.”

Hotvedt said it can be difficult, but she is empowered when she works with students who are able to find themselves in the healing process. When Hotvedt started at UW, she was the only full-time employee tasked with the focus of sexual assaults on campus.

“There is so much power and bravery that survivors show in rejecting staying in silence, and that really is the key to change.”Laura Dunn

A decade later, she said there has been significant change behind-the-scenes in the resources the university allocates to the issue.

“I think there’s been a greater increase of staffing and resources that people might not be tracking,” Hotvedt said. “But certainly from my perspective there has been a really big change.

Still, Dunn said she continues to see cases coming from students at her own alma mater.

As a student, the feeling of exhaustion is mutual and the need to push forward is as urgent as ever. Too many of my peers have stories that are similar to mine and Dunn’s.

Dunn, as a survivor, stands behind the power of sharing her story.

“There is so much power and bravery that survivors show in rejecting staying in silence, and that really is the key to change,” Dunn said. “The more we speak out and the more we demand, not just settle — demand the utmost in our cases — the more things will change. It will be the difference between whether the next student generation is safe.”

Applying the 27.6 percent to my graduating class, 4,150 of the 15,036 enrolled female undergraduates will have experienced sexual assault during their time at UW. I am one of them.

UW will hold listening sessions to give students the space to contribute to the discussion of the survey results and strategies to end sexual assaults on campus: