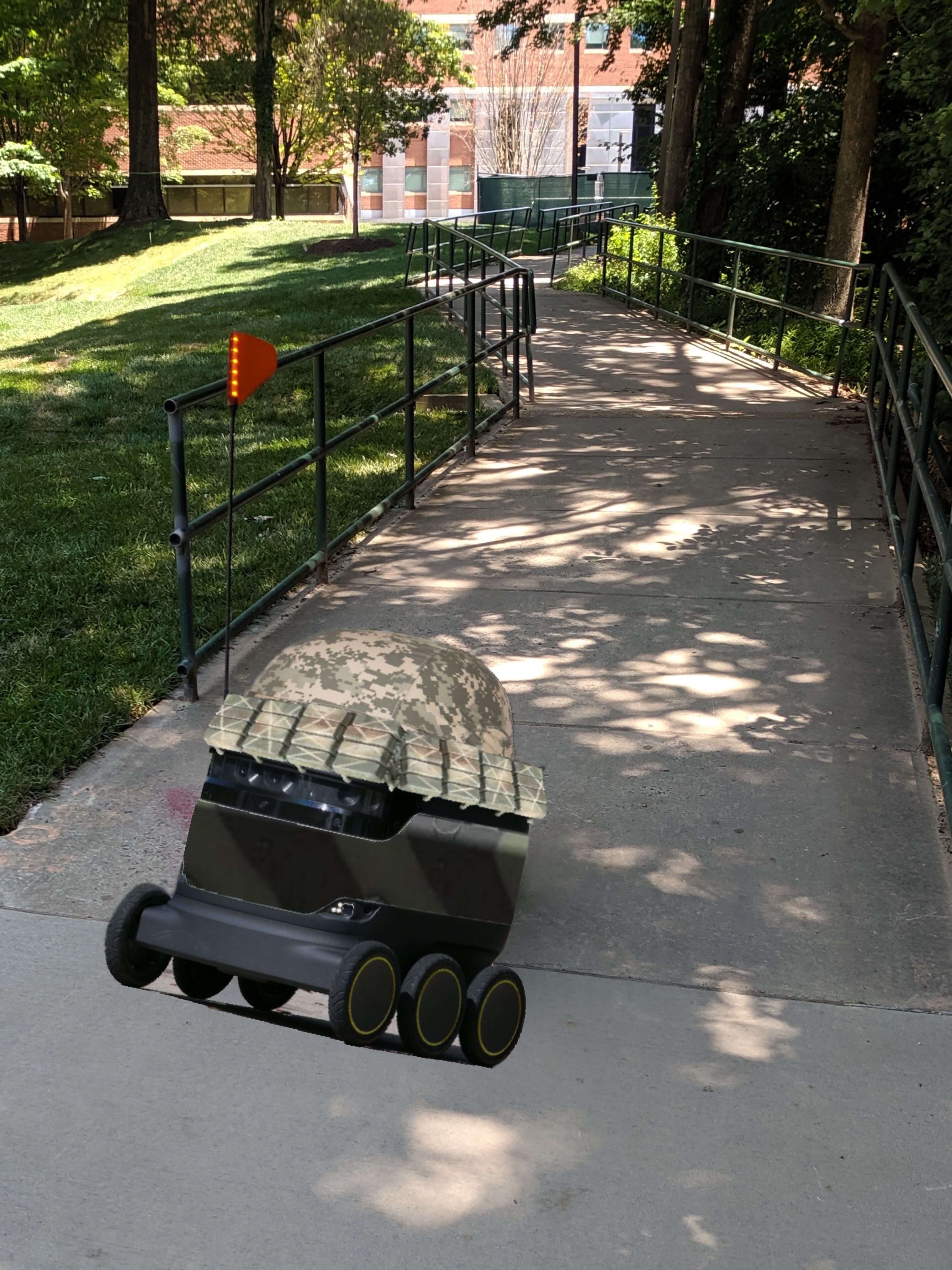 This morning’s Starship press conference was met with applause as the robot company unveiled their 2021-2022 Bid for the University of Wisconsin-Madison’s lucrative $53.2 million food delivery contract.

Starship, already experienced with and known for food delivery in the University area, announced their plan to outfit the current generation of food delivery robots with additional defensive measures, including military grade ERA, or explosive reactive armor.

Starship presenter Chuck Tingle mentioned that though directed explosive attacks on food delivery robots are relatively low, “our bid would like to provide preemptive defense for the sake of food-delivery safety.”

Many asked what prompted the decision to include such a high-tech armor device on a “simple food delivery robot.”

“The inclusion of EURENCO MBT 2-inch-thick explosive reactive armor was not taken lightly, and I assure you that all possible avenues for food delivery success were explored,” Tingle said.

Along with the inclusion of ERA, Starship also plans to outfit their robots with robust, military-grade Kevlar helmets and a new camouflage paint job. The reasoning behind the robots’ Kevlar helmets is obvious. Many reporters, however, questioned the overall color scheme.

When asked “why was a mismatched jungle/desert/woodland camouflage scheme chosen for an urban and often snow-covered region such as Madison, Wis.?” representative Tingle responded protectively.

“The camouflage decision was made to improve survivability in multiple environments. Our research shows that at an observation level of one meter, there is realistically no trace of the delivery robot when placed in front of all common battleground environments,” he said.

Other bids made during the conference were completely overshadowed by Starship’s dominant presentation. Among these bids was one by UW’s own Computer Science department. The department claimed they could drastically increase the intelligence and delivery speed of Starships robots by “rewriting the code that pilots the robots in a language other than Scratch,” an undertaking that would take “$10 and a single afternoon.”

Another bid was made by the UW’s Mechanical Engineering department.

“Literally just add some sensors so they don’t run into snowbanks, and it will increase effectiveness by 50%,” a snarky, cargo-panted engineer said. 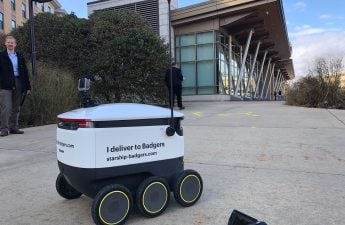 Starship claims their defense increases will not only deter attacks from “those who wish to enact harm to the food of the great American people,” but also “protect the precious cargo within in the event of enemy contact.”

“The explosive reactive armor we have chosen provides protection against a variety of opposing anti-food-delivery arms including RPG-7s, ISILs, various ATMs and college idiots who think it’s funny to hit small food-delivery robots for no reason,” Tingle said, nearly on the verge of tears.

When questioned about their thoughts on future projects, Tingle responded, “In the future, Starship hopes to continue to lead this fight for safety with the mounting of anti-anti-tank rocketry systems, defensive smoke, flare launchers and a 120mm smoothbore M1A2 Abrams tank turret.”

Local Badgers can now rest easy knowing their food delivery service isn’t going anywhere and will be safer than ever come next school year.