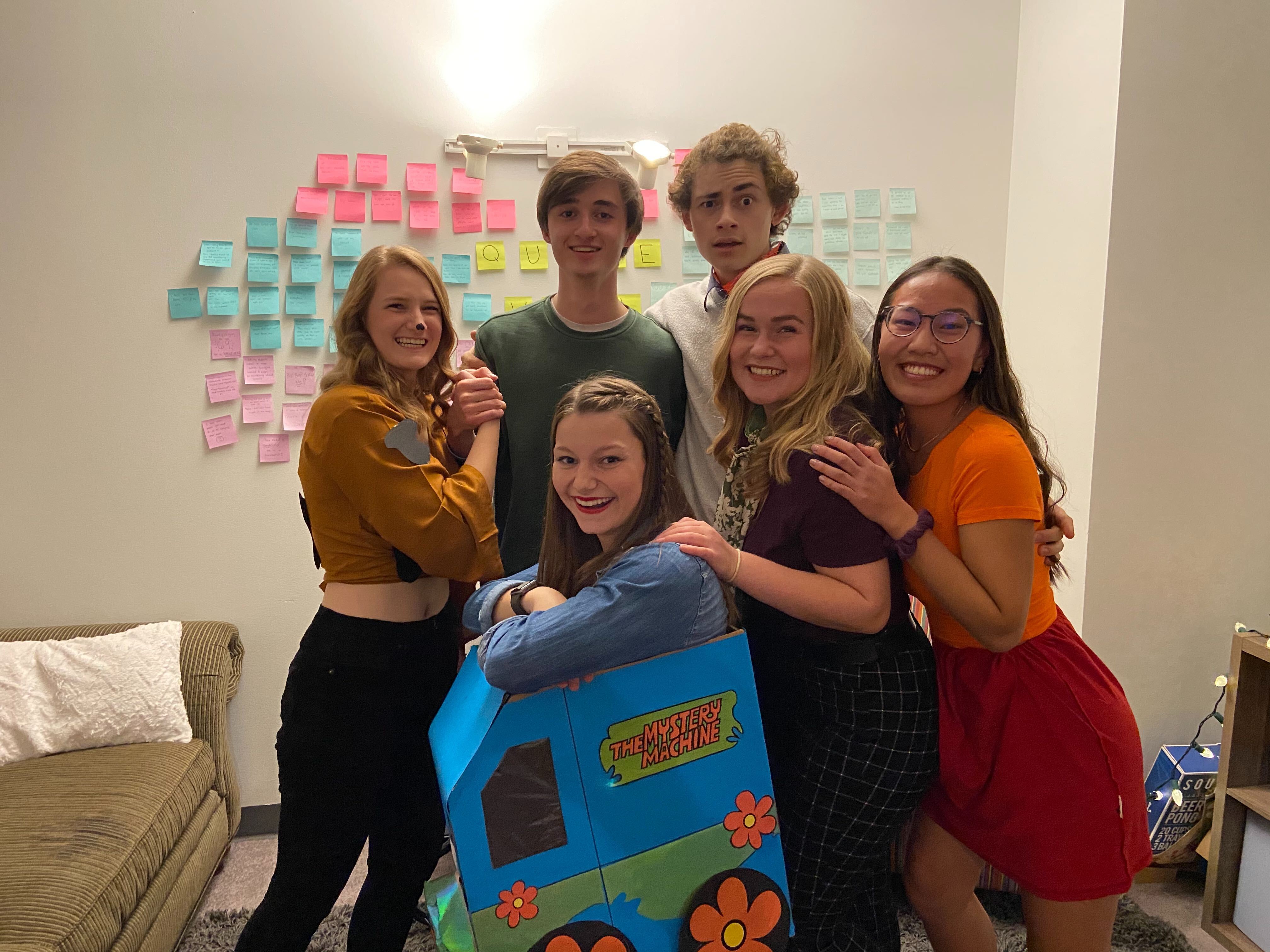 With mail-in, absentee and early voting, I’m shocked America has yet to adopt the most equitable, democratic voting method — reactions on Slack. (The Badger Herald staff is really ahead of the times and is urging you write us in tomorrow.)

Over Halloweekend, we held our own little election — for Best Costume — because we’re fun!!! It was hotly debated and pretty controversial, but alas, we have winners. So while you’re drowning in a pool of anxiety waiting for the Old Guy Election results to usher in, amuse yourself with this sad smattering of just-creative-enough Halloween costumes. 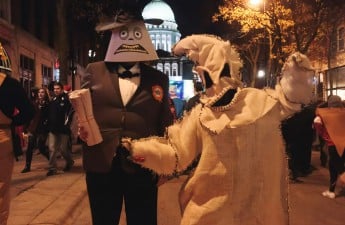 Last-minute Halloween costumes for subpar peopleSo, you forgot about Halloween. I can’t blame you – the COVID time warp has made October fly by at Read… 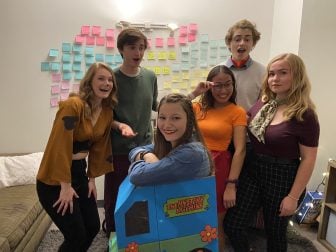 In second place comes Public Relations Director Gretchen Gerlach and her Male Sidekick as Cosmo and Wanda. Everyone go tell Gretchen she needs to dye her hair pink — this look is everything. 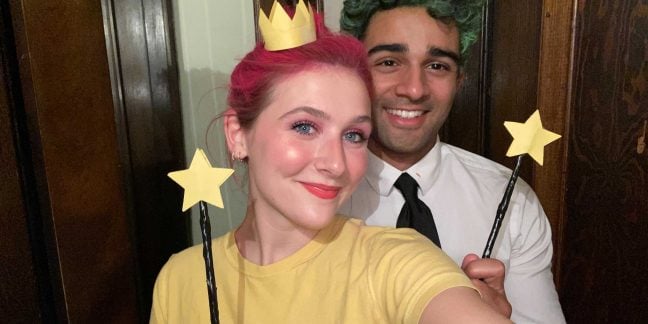 In third place, Managing Editor Molly DeVore as Several Pop Culture References! (Faith from “Buff the Vampire Slayer” and Sirius Black from “Harry Potter” if you don’t have culture.) She was also an insect, but it garnered slim to no blue heart reacts. Molly sure knows how to manage her Halloweekend! Three costumes is a commitment! 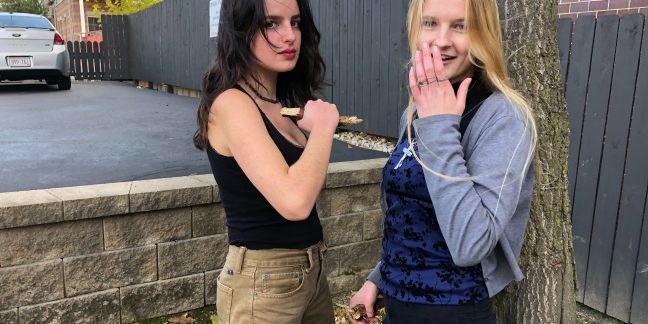 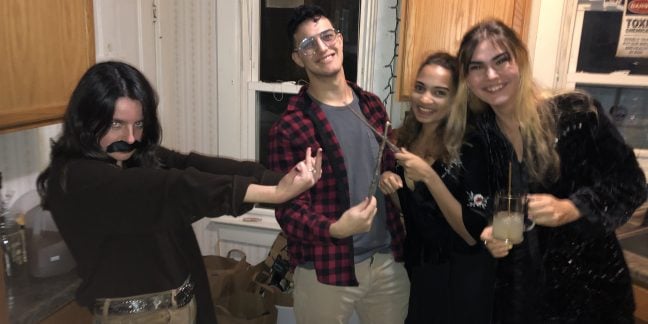 Banter Editor Keagan Schlosser as Social Outcast. JK. She’s (alt, not icky) country singer Orville Peck. Keagan is pictured here among her “friends” who chose not to clue her into this year’s theme. 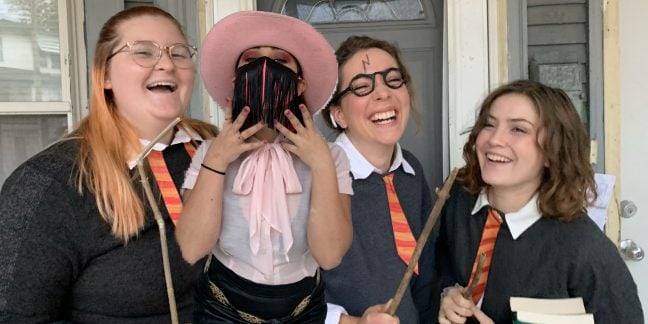 Ad Director Adam Fearing as Skilled Knifeman. Not only is this not a costume, it’s not even a finished product. BUT this pumpky is pretty dope. It’s just missing the caption — “2020, am I right?” 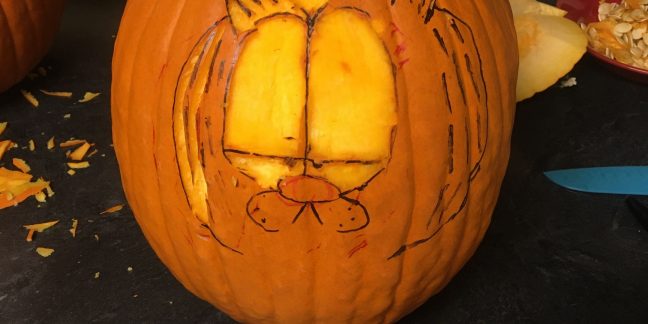 Editor in Chief Harrison Freuck as The Captain from Jaws. You’re gonna need a bigger gloat, Harrison. How many people got this costume? You could have told me you were any male ever and I would’ve believed you. 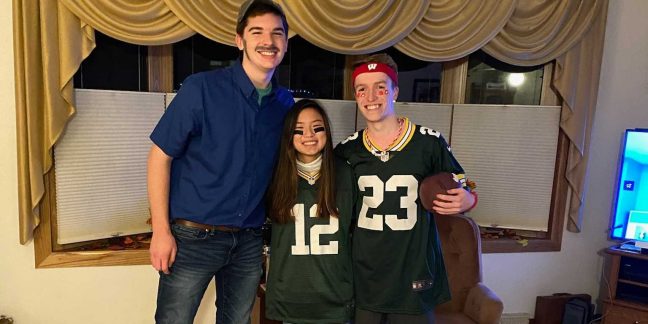