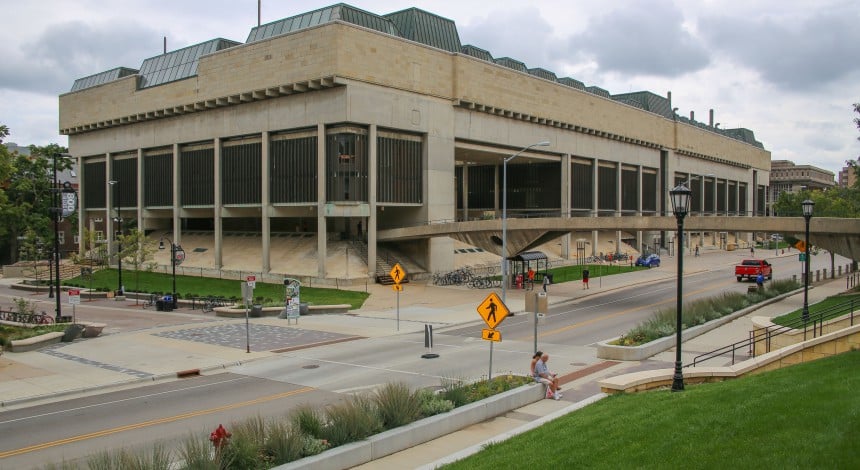 In the beige depths of the Humanities building last Friday morning, one could almost feel the bubbling desire to learn hanging around the lecture hall. It was a normal day — it could have been a normal day — but then something obnoxiously loud and overly dangerous buzzed into the room.

Sophomore Daniel Appleton was present for the experience, and recounted the memory with unease.

“It horrified me,” Appleton said shamefully. “You don’t really know fear until a small insect with a powerful size to aggression ratio comes into contact with you.” 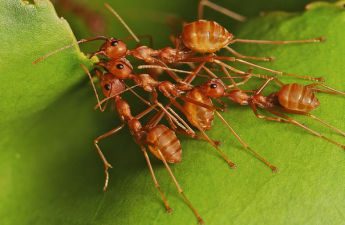 Eating insects has sustainability, health benefits, but faces economic challenges, expert saysWhile eating insects may seem like something people only do on accident, Danish entomologist Arnold van Huis said there are Read…

According to freshman Gloria Heiss, who sat in front at the time, the wasp stayed in the upper middle section of the room.

“The pesky little (thing) was tormenting the students behind me in the middle section right as you enter the room,” Heiss said.

From Appleton’s perspective, the lecturing professor, Michael Wagner, handled the situation well once he found out what was bothering the students in the back of the room.

“Once the affected students told Professor Wagner the problem, he made a quip about the situation, connecting it back to the lecture topic,” Appleton said. “I’m sure it was witty, but I can’t remember, as I blacked out after the entire experience.” 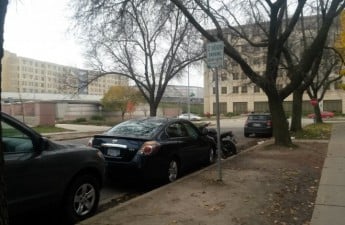 The wasp spent about ten minutes total with the students in the journalism class. For freshman Matthew van Bastelaer, the wasp made profound use of her time in the lecture hall.

“It was really a very Sorkin-esque character development,” van Bastelaer said. “Really deep as it flew all around the group, garnering life experiences from wall to wall before experiencing a sudden death towards the back of the poorly lit room.”

The wasp’s termination came from a person who smacked her with the backside of his notebook, Appleton said.

“The sound reverberated through the room, you could almost feel it,” Appleton said. “The hall became ten degrees cooler with the dismissal of the fiery heat coming from the insect’s chaotic devil energy.” 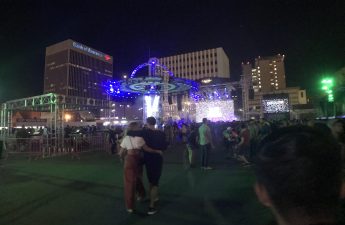 I went to Area 51, here’s what happenedWhat started as a meme Facebook event transformed into a mass internet movement, followed by real-world events that defined a Read…

As the class gave an applause to the end of the wasp drama, Heiss shared why she did not expect that type of reaction.

“I’m honestly kind of surprised people clapped, because I’m used to people shaming those who kill insects, but I guess wasps give back enough minimally where people don’t get upset,” Heiss said.

When asked about the paranormal effects the dead wasp could possibly leave, van Bastelaer didn’t think there would be any horrible consequences.

“I don’t think the Humanities building is hospitable to any sort of spirits,” van Bastelaer said.

According to van Bastelaer, those survived by the dead wasp might have seen something like this happening, especially the wasp’s mother, who definitely did.

“(She would’ve been) a bit like ‘I told you so.’ I’m sure that she always told her kid to avoid Humanities, just like my mom always told me to,” van Bastaelear reasoned. 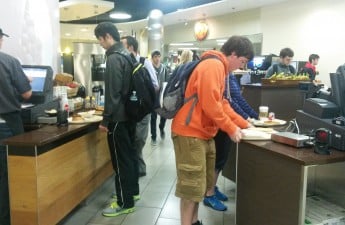 Reflecting on the entrance of the intruder, van Bastelaer speculated his Hydro Flask might have been the insect’s Trojan horse.

“I think the wasp got in [through] my water bottle,” van Bastelaer said. “When I opened it up it came out really quick, but I think that’s the Hydro Flask manufacturer’s fault, not mine.”

Regardless of how the wasp ended up in the lecture hall, nothing like this could ever happen again, Appleton concluded.

“One word: legislation. If a stinging insect interrupts a class from now on, the class should be cancelled, period,” Appleton said.

The wasp died quickly and publicly with a 100% disapproval rating Friday, Oct. 4. She was survived by a mother and an uncountable number of siblings, who all are still unaware of her death.

Visit the Badger Herald for updates on student Daniel Appleton, who is now facing legal charges for setting up a wasp trap in front of Humanities that ended up encapsulating students instead.