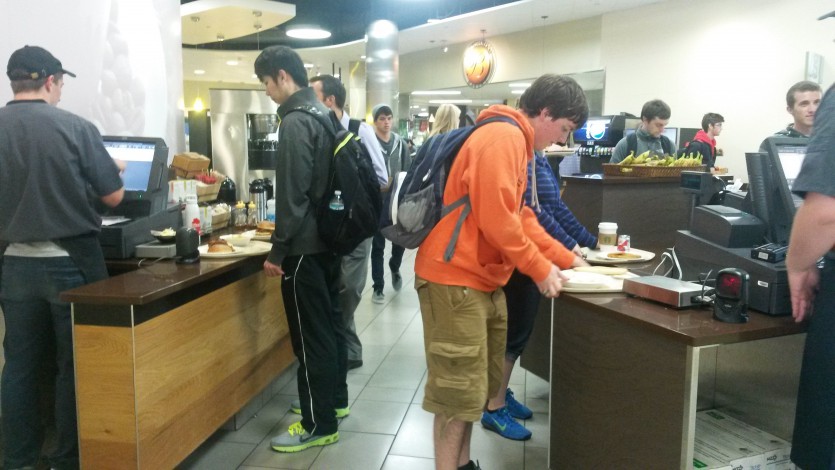 A student feeling a little hungry between obligations accidentally paid $10 for an untoasted bagel and a banana Wednesday afternoon.

According to the incident report in the writer’s imagination, the student got in the enormous line at Rheta’s for a small snack. As a senior, the unnamed student was yet to experience the new all-you-care-to-eat style at Rheta’s.

Upon reaching the front of the line, the wronged party handed their Wiscard to an unnamed student worker, who swiped it before informing the party any meal at Rheta’s is now $10. Without a piece of tupperware, the student continued to buy only a banana and bagel despite the high cost.

“ALL I WANTED WAS A REASONABLY PRICED BAGEL AND BANANA,” the student said in a letter to The Badger Herald, “I forgot the word for banana and wrote egg though.”

The student did not get an egg.