Several songs are well-known in the University of Wisconsin community to induce deafening shrieks whenever they are played, particularly in environments where most are inebriated.

The leading synth riff on Toto’s “Africa” and the droll of Brandon Flower’s speech-like singing in “Mr. Brightside” never fail to elicit screams on a dance floor.

While these patterns are generally accepted, patrons typically do not examine why these songs garner such responses, especially since most other songs from their era have faded to the background of common knowledge. 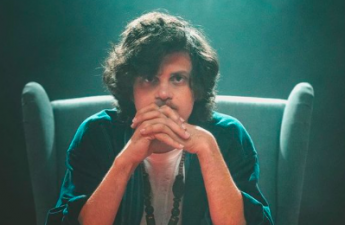 There are four measures of introduction before each song’s “sing-along” moment. While my freshman year music theory teacher may have a better term for this phenomenon, these moments occur when all the inhabitants of space simultaneously start singing along. This respite before the deep dives in the pieces allows listeners to cognitively recognize what song they are hearing and know they have the time to screech a, “Woo!” before the catchy phrase begins.

Both of these songs use steady tempos, or speed of the music, which match the targeted heart rates of certain portions of turn-up times. “Africa” is usually placed towards the beginning of a playlist as its 93 beats per minute tempo sits right below an average 21 year old’s target active heart rate. Since it is earlier in the evening, the slower tempo encourages could-be dancers to be comfortable entering a dance floor and mingling among strangers.

“Mr. Brightside” is often played in the middle of the evening’s festivities, equally corresponding to its 148 bpm constant tempo. This rate is smack dab in the middle of target active heart rates for a 21-year-old, reaffirming its placement on a playlist. 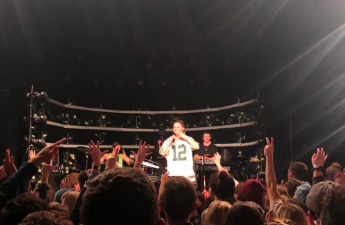 The steady tempos add to both pieces’ predictability, the factor most prominent in determining whether or not a song will become an earworm. Additional comfort is found in the 4/4 time signature of the songs. Basically, this means there are four head bops in a unit of each song and those head bops correspond to the beat of the piece. 4/4 is the most common time signature and therefore the most predictable for consumers. Add in the repeated nature of key terms like “kiss” and “doo doo doo” and these tunes become some of the most predictable pieces on Spotify.

So the next time that same song blasts for the 47th time and compels everyone to the dance floor, take a moment to revel in understanding why the song is entrancing before heading out to join.