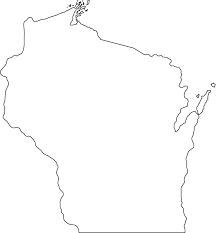 Wisconsin and Michigan continually find themselves at odds, be it in athletic competitions or in friendly battles over which is the best three-syllable state. While some may invest emotion into these trials, the competition is, for the most part, in jest and does not hold serious consequences.

There is one battle where this assumption isn’t true — the great mitten kerfuffle.

For years, many confused people from Illinois, after hearing their roommate is from beautiful Richland Center, Wis., have watched as they hold up their left hand in an attempt to explain that it is in the bottom seam of “the mitten.” This metaphor is derived from the supposed mitten-esque nature of the state. Despite the seeming originality of being a mitten, Michiganers (Michiganites?, Michiganitizans? Never mind, I looked it up, it’s Michiganians) have also used this tool for years, claiming their Upper Peninsula is a second mitten in the process.

Only one state can claim to be the true mitten of the Midwest. Upon further analysis, Wisconsin’s claim falls short.

Mitten possesses the same first two letters as Michigan, making the terms more closely related. And while it is true that Wisconsin starts with the same letter as wool, the prime material in making mittens, it’s hard to ignore the Michigan alliteration.

After running a winter tourism advertisement featuring Wisconsin as a mitten in 2011, even the Department of Tourism noted that Michigan is the true “Mitten State.” It’s true — Wisconsin willingly gave up the title to Michigan already. It seems as though there’s nothing left to fight for in the great mitten turf war. 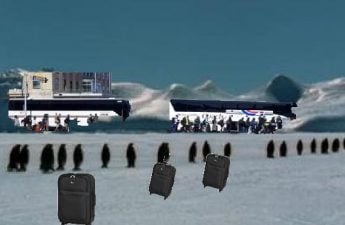 The geographical implications also must be examined when proclaiming to be mitten-like in shape. Wisconsin’s western half is far wider than the average mitten, meaning we’d need to argue for a badly washed mitten shape to take precedence here. Michigan’s narrower layout seems to be in line with the slim mittens available today.

Further, even as citizens call their reference tool a mitten, bare hands are almost always used to communicate the shape as opposed to mittened hands. With the hand stripped down to its leanest form, it becomes apparent this tool is far more appropriate for Michigan. Wisconsin’s land, while wide and fertile for cows, cannot be condensed into one tiny, unmittened hand.

Acknowledging defeat, Wisconsinites should create a new method to vaguely describe the location of their hometown to their friends. Earlobes are more Illinoisan in looks, and feet are too much like a sideways Nebraska to be utilized for this purpose.

My proposed solution, however, is one no Cheesehead can argue with. Wisconsinites should literally take a block of cheese, cut it out in the shape of Wisconsin, and carry it around with them at all times as a handy reference tool. This allows for geographic precision, and the mold which develops on the cheese represents the staleness of trying to show geographic accuracy on one’s person instead of just pulling up a Wikipedia article showing where Manitowoc is.

Until then, Wisconsinites must resign the mitten usage to Michiganians, and put actual mittens on their hands since it’s freezing outside.