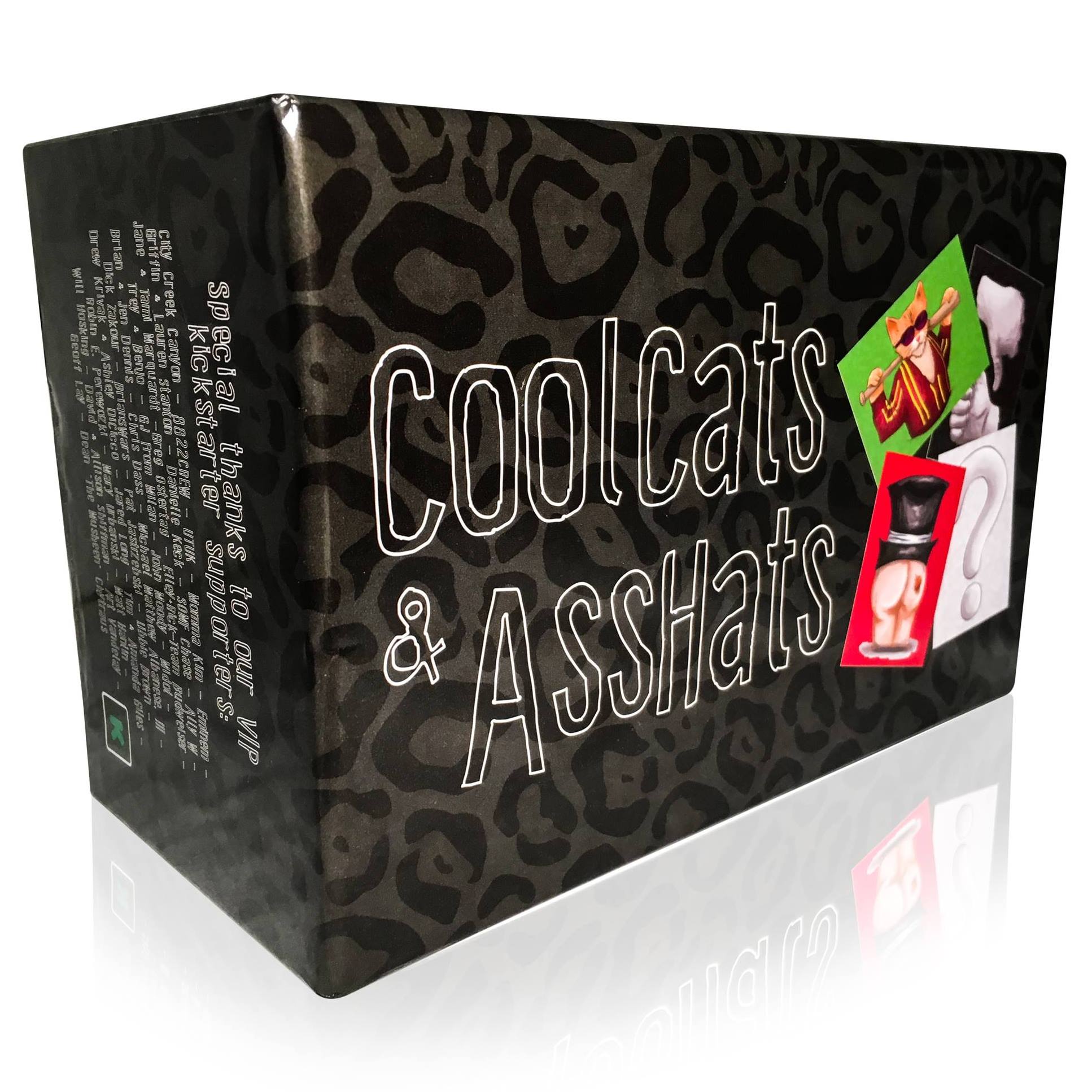 Last Thursday night, my usual group of scallywag friends and I sat down to play a cool new game that some guy I never heard of sent me in the mail.

Lucky for me it wasn’t a pipe bomb, but in fact a hilarious card game that ended with me getting pied in the face by a tortilla filled with shaving cream (yeah, that’s right).

That card game, Cool Cats & Ass Hats, created by regular guys Dan and Dave, who might be the funniest best friends since Cheech and Chong. CC&AH almost feels like you’re reading years worth of ridiculous banter between the two.

Partaking in actions such as drinking if you blink, getting towel whipped and making your friends your squire for a round … also drinking. There’s a lot of drinking.

The majority of cards are likely based around picking your nose, or some grotesque sex move that you (hopefully) have to look up.

There’s a wide array of subjects to be tackled in CC&AH that made my friends and I go dead silent to only break out laughing — and we’re weird already.

CC&AH is the party game that gets people to loosen up and come out of their shells, whether they like immature humor or not. The website describes it as Cards Against Humanity “where stuff actually happens,” which couldn’t be more accurate.

I wasn’t paid to write this article (blog post, let’s be real here), but as a comedy writer I whole-heartedly support this endeavor.

Dan and Dave made a fun ass game for dumb ass people like myself and goddamn was it fun.