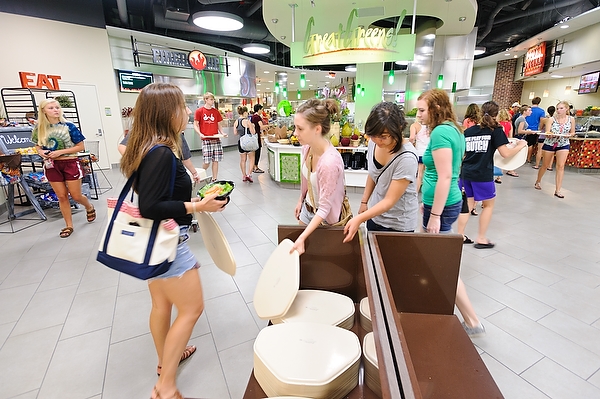 Gordon’s has a solid menu, any freshman is willing to admit that. But there’s a serious lack of bottom-feeding fish.

This has gone on long enough. I demand University of Wisconsin dining include tilapia to the menu immediately on the basis that it is the tastiest fish.

Here are some facts that will change anyone’s opinion of tilapia:

1. According to information from MIT, the Blue Tilapia, or Oreochromis aureus, is found in tropical wetlands of states like Florida or Texas, and we Sconnies need a little bit of a tropical flourish in our lives. Raise the temperature a bit, Gordon’s. Put tilapia on the menu.

2. The tilapia swims close to the floor, so eating tilapia makes you one with the earth. Tilapia is the most spiritual of fish and students would be learning respect for the world by wolfing down a chunk of tilapia.

3. Tilapia is the tastiest fish and there is no other fish like it. Sometimes served with a side of spinach, lemon or even potato, tilapia makes for a wonderful entree that feels like you’re eating at a beautiful five-star bistro.

4. Fuck Sole. You want to add a fish that contains the nutrients of all the glorious little succulents from the sea bottom? Then don’t add sole you dumb ass, put tilapia on the Gordon’s menu.

5. The tilapia isn’t necessarily a bottom feeder, but will eat anything — it said so on Google.

6. Tilapia is also the most beautiful fish in all the wetlands, and it brightens the soul of all who nibble upon its glory. Simply gazing upon the tilapia is an achievement for students and must be added to the Gordon’s dining hall menu.