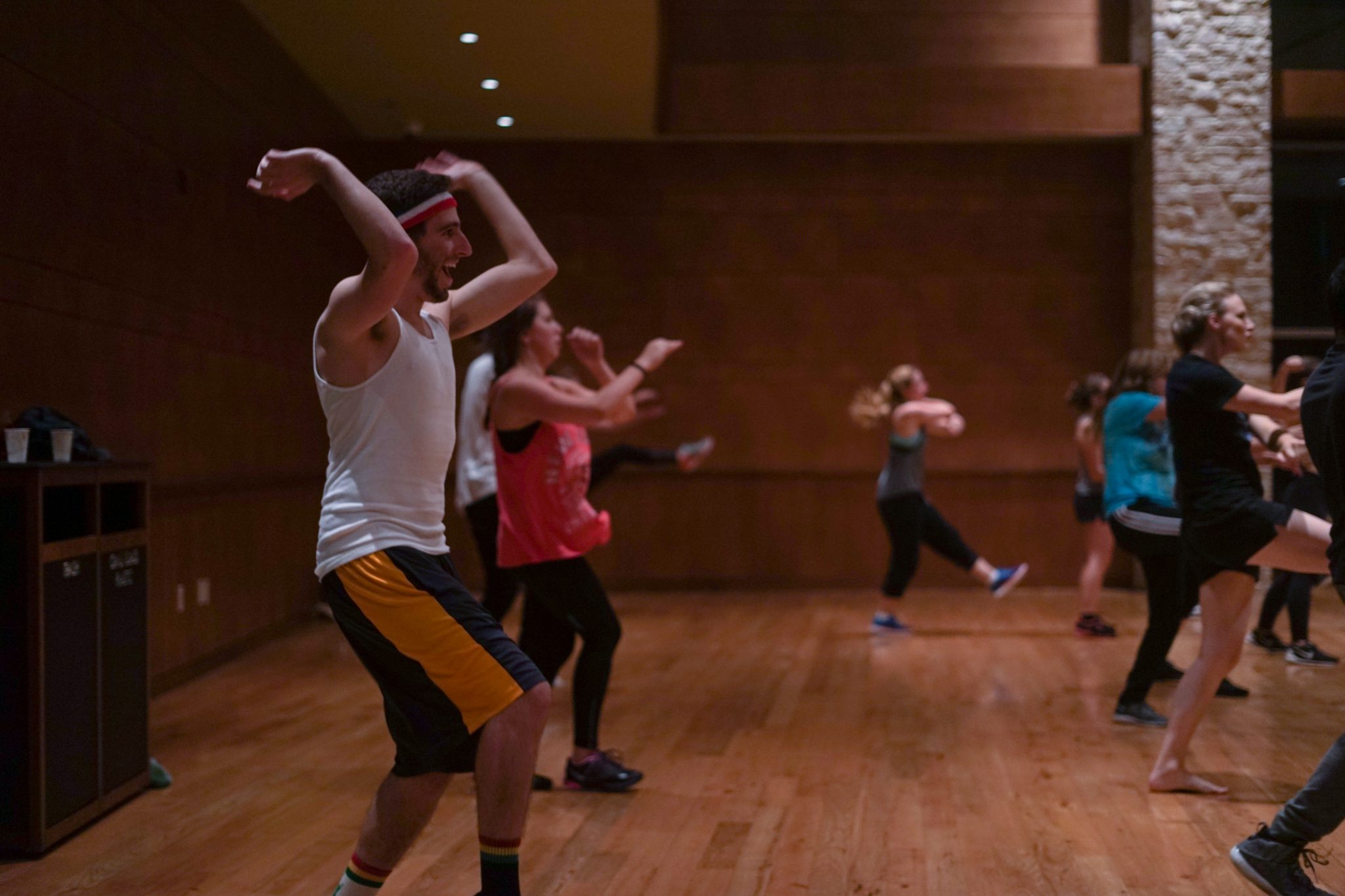 Dancing hurts … a lot. The University of Wisconsin dance team Hypnotiq is a hardcore hip-hop dance team, or at least that’s how I felt after a night of “stepping up” with them.

Hypnotiq, the only coed dance group on the UW campus, drills their newcomers hard with moves that involve controlled flailing of limbs and enough shaking of the booty to where I thought mine was going to fall right off.

The never-declining smash hit “Panda” by Desiigner provided the soundtrack to the routine. The dance had a lot of booty bumping and a lot of the movements were based around when Desiigner makes those weird noises.

But the leaders of Hypnotiq deserve serious recognition for teaching a dance to this song — “Panda’s” beat is actually quite difficult to find and maintain with all of the vocal insanity that takes place.

Hypnotiq performs eight different routines throughout the year and showcases them at sports games, nightclubs and campus events. After practicing with them for only one night (and I didn’t even finish the night), the level of physical condition someone needs to be in to make this team is outlandish.

They spend five hours a week practicing these routines, which may not sound like much, but the stretching alone was enough to put a crick in my neck.

For someone who is actually athletic and can dance, these are probably non-issues but my lack of exercise over the last 20 years became prevalent as soon as the words “Panda, panda, panda, panda” came on the speaker.

From my experience, they really are.

The dance crew dropped subtle jokes and maked fun of their personal dance styles the entire practice. It seemed like this is where they really form their chemistry, not just in copious amounts of rehearsing. They actually are great friends.

The Hypnotiq dance crew may seem like it’s an easier club from a physical standpoint, but don’t be deceived. Take it from someone who has absolutely no experience dancing: That shit was hard.