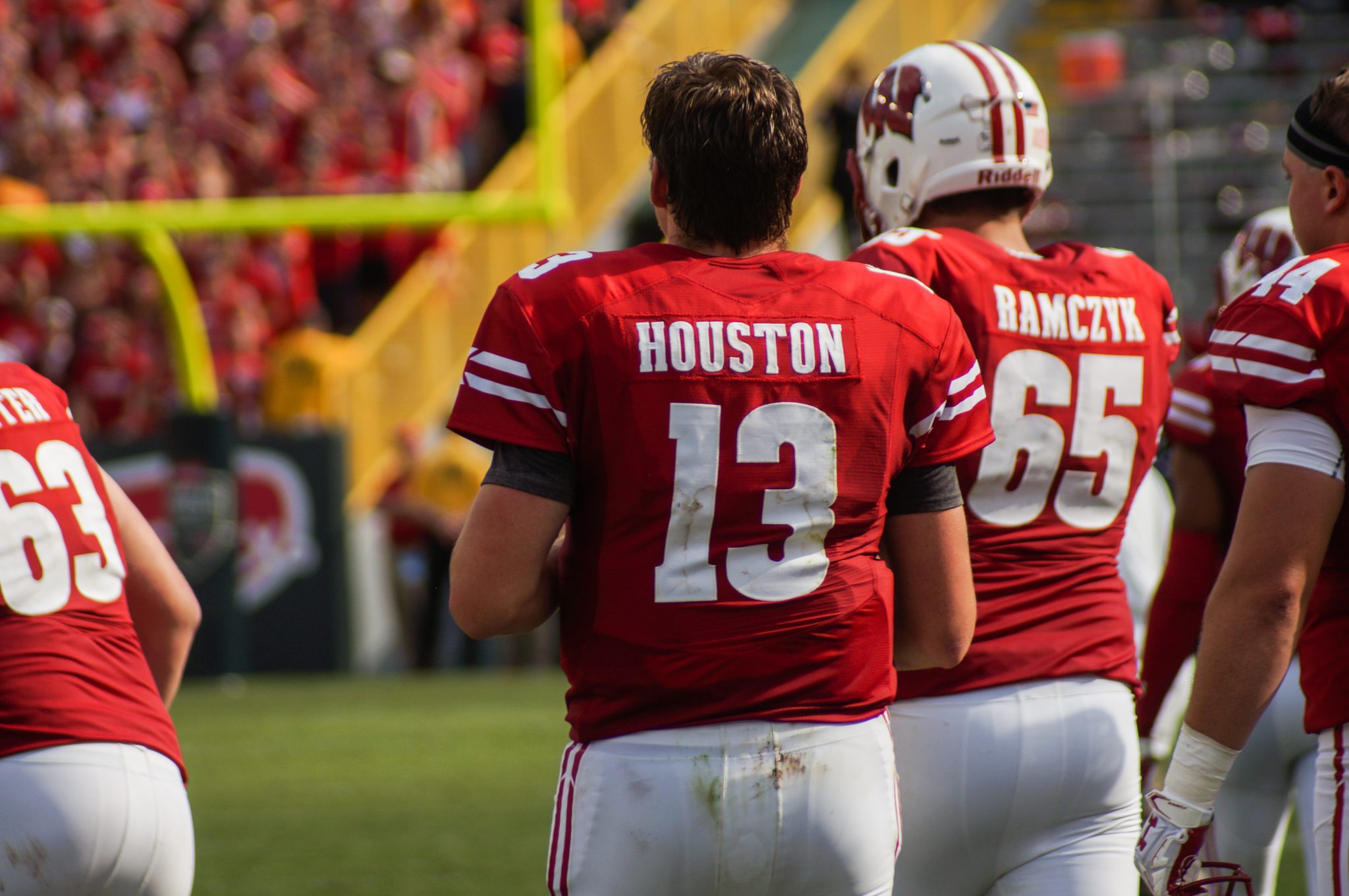 Bart Houston donned a pair of cleats with the initials “RW” on them, in the vain hope for a “Like Mike” situation.

The movie, released in 2002, stars Lil’ Bow Wow as an orphan who is struck by lightning after buying a pair of old basketball shoes supposedly owned by Michael Jordan. This event gives him the skill of the prodigious Jordan, an event Houston hoped to replicate with former Badger quarterback Russell Wilson.

Houston said he was delighted to find the shoes buried in a dumpster behind a McDonald’s. After barely winning the starting job over redshirt freshman Alex Hornibrook, Houston feels he needs every advantage he can get.

“Yeah, they’re a couple of sizes too small,” Houston said after practice. “But I do feel like it’s helping me.”

Houston saw the shoes after arriving home from Green Bay after the narrow victory and immediately snuck away from the rest of his team to grab them. Since then, according to Houston, he has been waiting for a convenient thunderstorm in order to maximize their potential.

Nobody else on the team has as of yet developed the nerve to tell Houston that, in fact, the film was not a documentary. Many of them in fact seem happy to let Houston continue in his delusion.

“I mean, if it’s what makes him happy, who cares?” senior wide receiver Reggie Love said. “It’s crazy, yeah, but if it makes him throw it to us instead of the defenders, I’ll take it.”

Despite the fact that there have not been any thunderstorms in Madison since Houston acquired the shoes, he has made the decision to sleep on top of power lines every night leading up to Wisconsin’s home opener against Akron, hoping to inherit Russell Wilson’s passing ability.

Due to what many spectators have called the “absolute fucking ineptitude” of the Badgers’ receiving corps in the 2016 campaign, much of the coaching staff has been supporting Houston’s quest. Paul Chryst said he has been weepingly praying for storms nightly since Houston found the shoes.

“Yeah, I’ll just kneel next to my bed, crying,” Chryst said, volunteering to demonstrate his process despite many shouting protests. “I just strip, kneel and have a complete breakdown.”

However, it seems that even Chryst’s vigorous efforts may be for naught. Houston has failed to make noticeable progress since finding the shoes. In fact, offensive coordinator Joe Rudolph feels that the shoes have been impeding his efforts.

Rudolph was skeptical from the beginning, proclaiming that the “Like Mike” theory was, in fact, “complete horseshit.” And since the cleats are too small for the 6’4” Houston, the awkward shuffling jog he has developed leads to many bone-pulverizing sacks.

“I’m surprised Bart hasn’t broken anything,” Rudolph said, indicating toward Houston’s bruised and battered body. “He can’t run in the fucking things, and then he goes up and sleeps on power lines. I think Chikwe [Obasih] is jealous, so he’s been hitting him like a truck all week.”

Indeed, other teammates and coaches have noted Obasih’s unusual aggression during practice, and caught him trying to run out of the locker room with the shoes. As Obasih was dragged away from the shoes, screaming incoherently about Russell Wilson’s socks, Houston examined the shoes more carefully and noticed that the name Rainn Wilson was inscribed on the insole.

He has since returned to wearing his usual footwear.