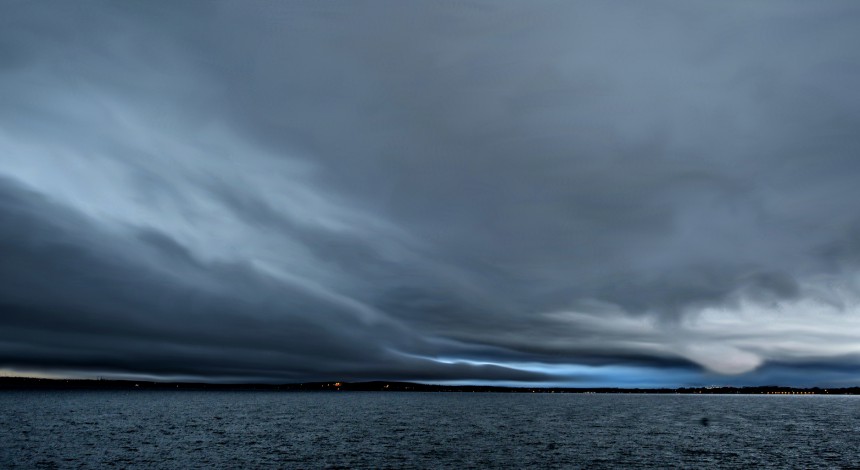 Beyond the familiar shallows where students splash along Lake Mendota’s shore on summer days, in the deepest, most distant depths, there is activity of an entirely different nature at play.

Ever since Madison’s founding, there have been reports of inexplicable or mysterious behavior in the waters surrounding the isthmus. These incidents all carry the hushed whispers of a fabled cryptid: sea monsters.

Local serpent sightings go back over a century, with the earliest stories dating to the mid-19th century. Lisa Van Buskirk, Madison Ghost Walks guide, described one of these early encounters.

She told us the story of a man named J.W. Park, who encountered the beast in the 1860s while rowing on Lake Monona. Approaching what he believed to be a floating log, Park prodded the object with his oar. Immediately the object disappeared into the depths as the water around Park’s dinghy began to bubble. Steadying his raft, Park reported seeing a large, undulating serpent swimming off into the distance.

Over the years, reports seem to come to a consensus on the general appearance of this elusive beast. Witnesses generally describe the serpent as 10 to 20 feet long with black scales, and a head resembling a dogfish with beady red eyes.

Van Buskirk adds there was a surge of serpent sightings in the 1890s, as evidenced by the following article from an 1897 issue of the Wisconsin State Journal: “The Monona sea serpent has made its appearance about two months earlier than usual this season, according to several people people in the vicinity of east Madison, who aver that they saw the monster that evening.”

“The Monona sea serpent has made its appearance about two months earlier than usual this season, according to several people people in the vicinity of east Madison, who aver that they saw the monster that evening.”  -Wisconsin State Journal, 1897

The article went on to describe an attempt by a man named Eugene Heath to kill the serpent, which allegedly swallowed a dog swimming in Monona.

According to Charles E. Brown, author of “Wisconsin Occurrences of These Weird Water Monsters,” sightings began to occur more often in Lake Mendota after 1900. The first evidence supporting this creature’s existence came in 1917, when a university student found an enormous fish scale on the north shore of Picnic Point. As Brown describes it, the student took this discovery to his professor, who identified it as being from the body of a sea serpent.

In the fall of that year, Brown tells of a story of a man and a woman were sunbathing on a Langdon pier. The woman reported feeling a tickling sensation on her feet, and kept accusing her companion of tickling her as a joke. Upon repeated denial, the woman looked up to see the black-scaled head of the serpent, having a taste of her feet.

This shadowy beast has taken on the name “Bozho,” likely derived from the Native American mythological figure Winnebozho. Bozho has consistently appeared in witness accounts dating to the 1940s, at which point these reports began to taper off.

Some speculate Bozho may have escaped to another lake through the chain of waterways, while others argue he has passed away. Or perhaps, he’s just waiting for the right moment to reappear?