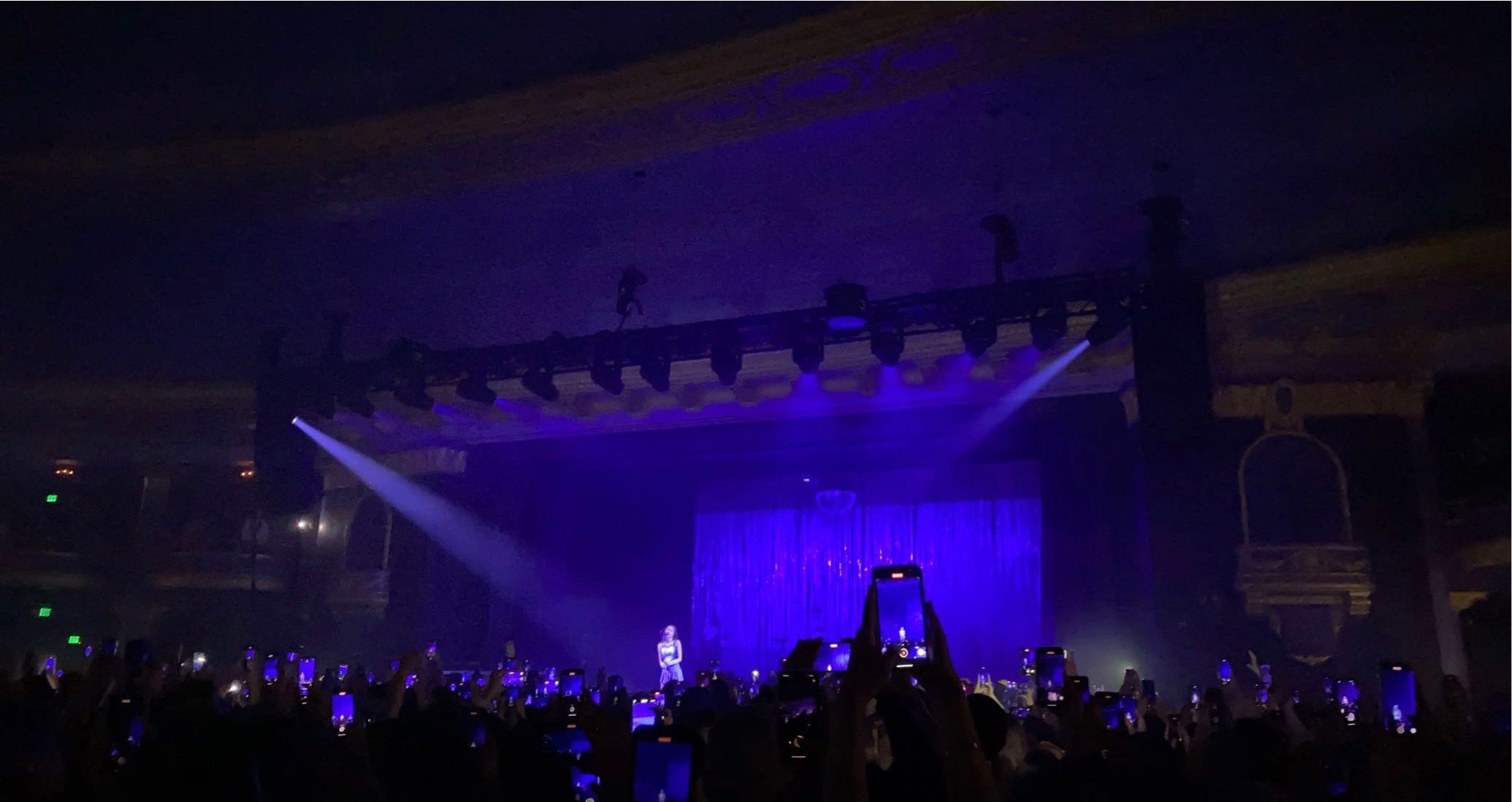 Just after 9 p.m. Tuesday night at The Rave: Eagles Club in Milwaukee, a chorus of string music started to play.

The crowd went crazy — phones were out and people started screaming, craning to catch a glimpse of the stage.

But then the music stopped. And started again.

Finally, after teasing fans with a taste of her hit song “brutal,” Olivia Rodrigo took to the stage.

Thousands of people gathered to watch the 19-year-old pop sensation Rodrigo perform in Milwaukee. The young star’s popularity was evident from the line to get into the performance, which wrapped several blocks around the venue in the hour before the show.

After a fantastic opener from Gracie Abrams, fans were ready to hear Rodrigo at the ninth stop on her first tour called “The Sour Tour.”

“I keep thinking about how you’re gonna see [Olivia’s] show and you’re gonna lose your mind,” Abrams said to the crowd before Rodrigo started her set.

Rodrigo was joined by two guitar players, a bass player and a drummer. She performed three songs — including the fan favorite “drivers license” — then the curtain closed and Rodrigo came out with only a guitar to play a few songs solo.

Rodrigo introduced these songs by explaining that she wrote them when she had been hurt by a boy (and the fans freaked out). She played “enough for you” then weaved it in with “1 step forward, and 3 steps back.” The fans knew the songs so well that they sang right along with Rodrigo without missing a beat. 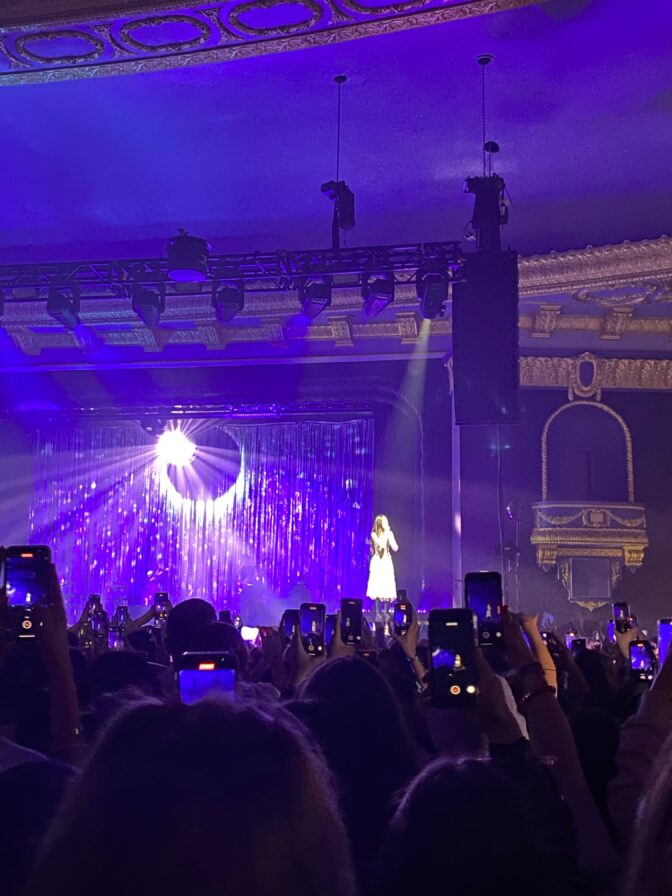 Rodrigo explained in between some of her songs that Wisconsin was a special place for her because her mom is from the state. She had visited Wisconsin many times before and said she always had to get strawberry ice cream, which led into “deja vu” — a song famous for its reference to strawberry ice cream (in Malibu, not Wisconsin).

It was very clear that the crowd was connecting with Rodrigo and with the lyrics of her songs. Even if they didn’t relate perfectly to Rodrigo’s music, there was tangible excitement in the air about everything she said and sang.

Before several songs, Rodrigo dug into the painful situations that inspired songs like “drivers license” and “favorite crime,” tugging at the audience’s heart strings.

“My favorite part of the concert was how much emotion was in all of the songs and how you could tell that everything she was singing meant something to her and it looked like she was having fun doing it,” said Sara Christenson, a University of Wisconsin sophomore who attended the concert said.

Rodrigo was clearly very invested in her music and gave an emotion-filled performance for the Milwaukee crowd. The way she moved and sang made it evident that she loved what she was doing — and made the crowd love it, too.

If Rodrigo’s performance at The Rave: Eagles Club was any indication of how her first tour is going, Olivia Rodrigo is on her way to becoming a very successful songwriter, singer, and performer.

By the end of the concert, it was clear that Abrams was right — everyone in the audience most definitely lost their minds. 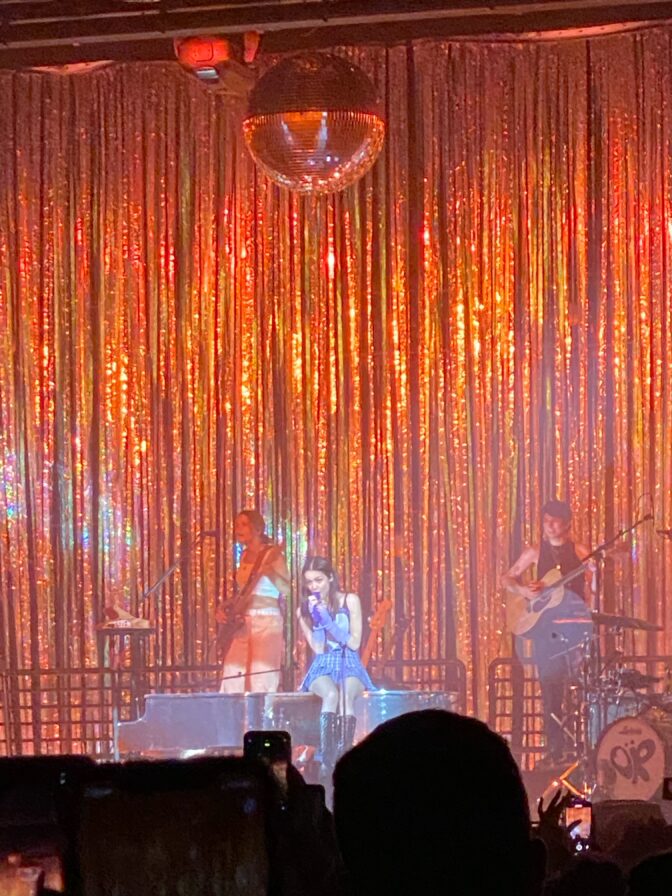