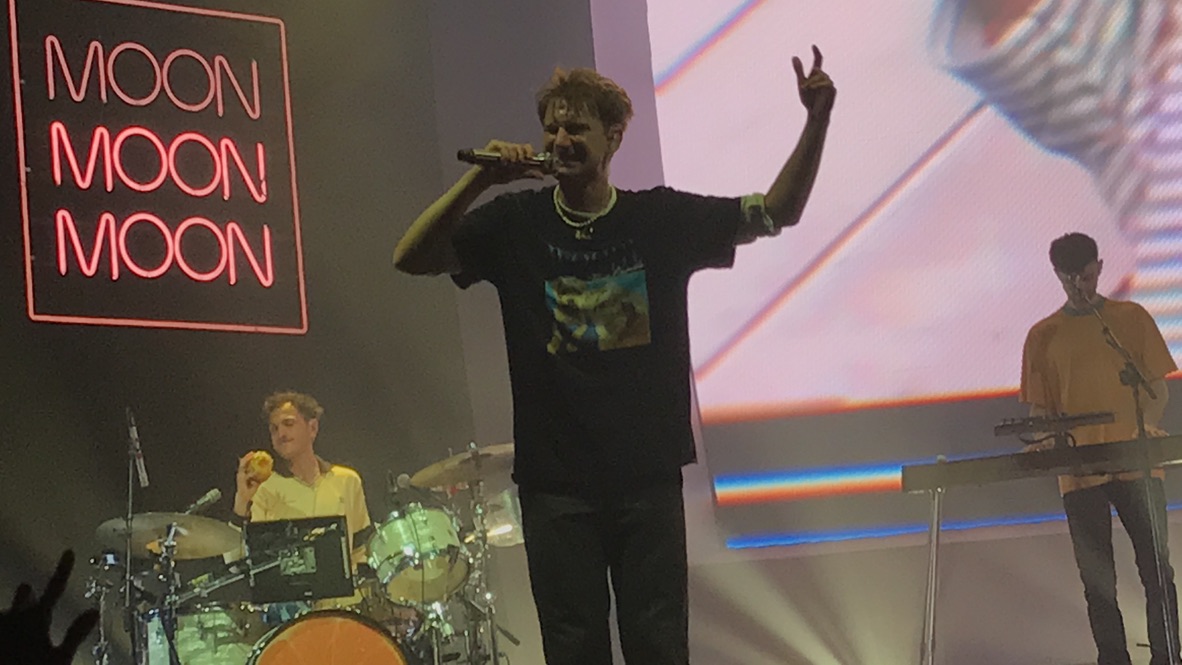 The Indie Pop band Glass Animals filled the Sylvee March 16 as part of their “Dreamland” tour — named after their most recent album.

The theater was packed to the brim by the time the show was an hour from starting. While people crowded the floor of the Sylvee, a massive computer screen at the back of the stage showed a retro-style login screen, waiting for a password.

At about half an hour until the start time, the password was typed in and a qr code filled the screen, along with a folder labeled “Gla$$ Animals,” a disc labeled “Opening Act” and a mouse with an icon of a half-eaten sandwich moving around the screen. 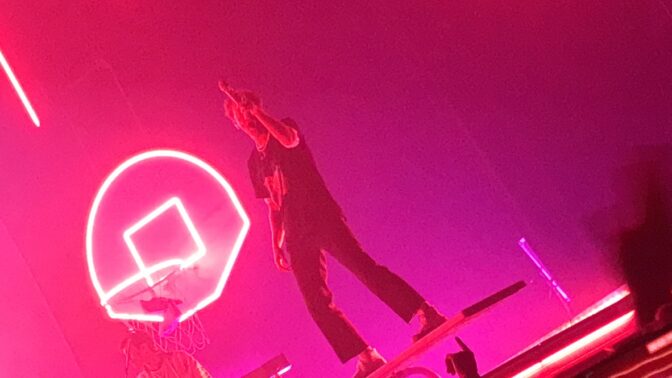 As the start time drew near, the mouse clicked the Opening Act icon and a loading screen appeared with a download bar and countdown. At the end of the countdown, opener Sad Night Dynamite came onto the stage, with their spinning logo playing on a loop on the computer screen.

Sad Night Dynamite brought a unique energy to the stage not many Glass Animals fans were expecting. They only performed six songs, lasting about half an hour, but the crowd was mesmerized by their unique, not-quite-hip-hop, not-quite-rock sound the entire performance.

As the stage crew cleaned up after SND’s performance, the mouse on the computer screen closed the Opening Act window and opened the “Gla$$ Animals” folder, which began another download bar. At 50% download, the bar froze and the download time climbed until it eventually hit one year, then fell back down. This looped until the band was ready, at which point the download window grew on the screen until it glitched into a retro arcade-style logo with the name of the band and album, along with a start button. 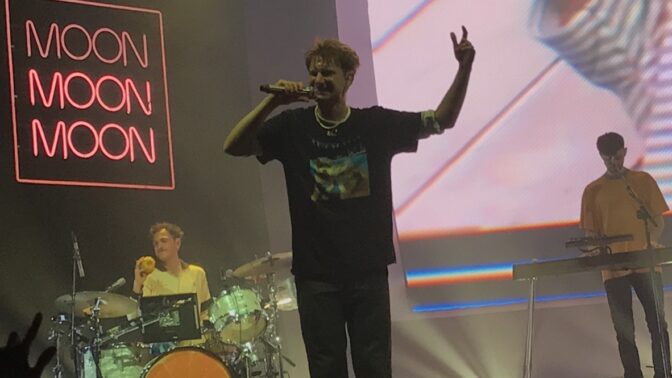 The band rushed onto the stage to cheers and applause as the intro to the song “Dreamland” began to play and the computer screen faded into scenes of clouds and vaporwave landscapes. Neon lights on stage reading “moon moon moon,” “pool” and “motel” shone blue and purple with the music, completing the retro wave aesthetic.

From the very beginning of the concert, the crowd was applauding and cheering for such long periods of time that lead singer Dave Bayley said he was “speechless.” Every word the lead singer said led to more and more applause and cheers until each break between songs took minutes.

Next, the band performed “Life Itself” from their second album, as rainbow lights covered the stage. From just these two starting songs, it was evident the crowd would sing along to every word in every song, showing how much the band has taken the music scene by storm.

The band performed a live-exclusive combination of their songs “Black Mambo” and “Hot Sugar,” from their first album and “Dreamland,” respectively. The combo consisted of half of “Black Mambo,” with the bass line leading into the intro to “Hot Sugar.”

The band absolutely rocked the building with their song “The Other Side of Paradise.” Flashing lights accompanying bass heavy enough to shake your legs and chest led to a completely immersive experience during the piece. The crowd went wild throughout the entire song, but went silent during the bridge, where rapidly flashing white lights perfectly in time while reverbed bass mesmerized the audience. 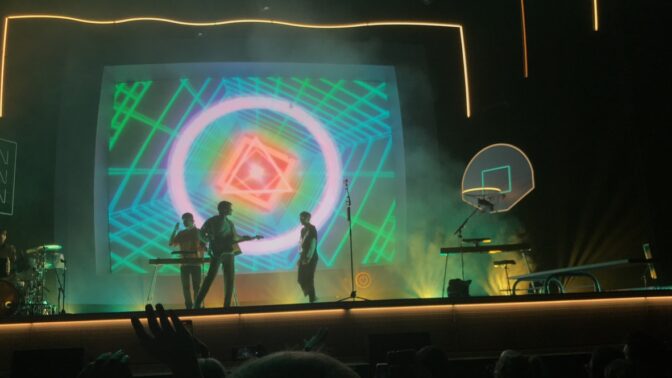 Jumping up and down and screaming the lyrics accompanied the next songs, “Space Ghost Coast to Coast,” “Waterfalls Coming Out Your Mouth” and “Your Love (Déjà Vu),” followed by the sultry “Take a Slice.”

The band then shifted into the upbeat “I Don’t Wanna Talk (I Just Wanna Dance),” released as a single in October, which led many people to do just that — break out their own dance moves. They then played “Gooey,” previously their top song, then continued with “Youth” while home videos from Bayley’s childhood filled the computer screen.

The concert closed out with “Pork Soda” as the band gave away their infamous pineapple to an audience member in the front.

After a few minutes of wondering if the concert was going to end without the band performing their 1B streamed song “Heat Waves,” the band came out for an encore and performed “Tokyo Drifting” without Denzel Curry’s rap bridge. Finally, the intro to “Heat Waves” began, and the crowd went wild, singing along with every word, jumping, clapping and shouting.

The applause continued for several minutes past the end of the song. Glass Animals thanked the audience and left the stage.