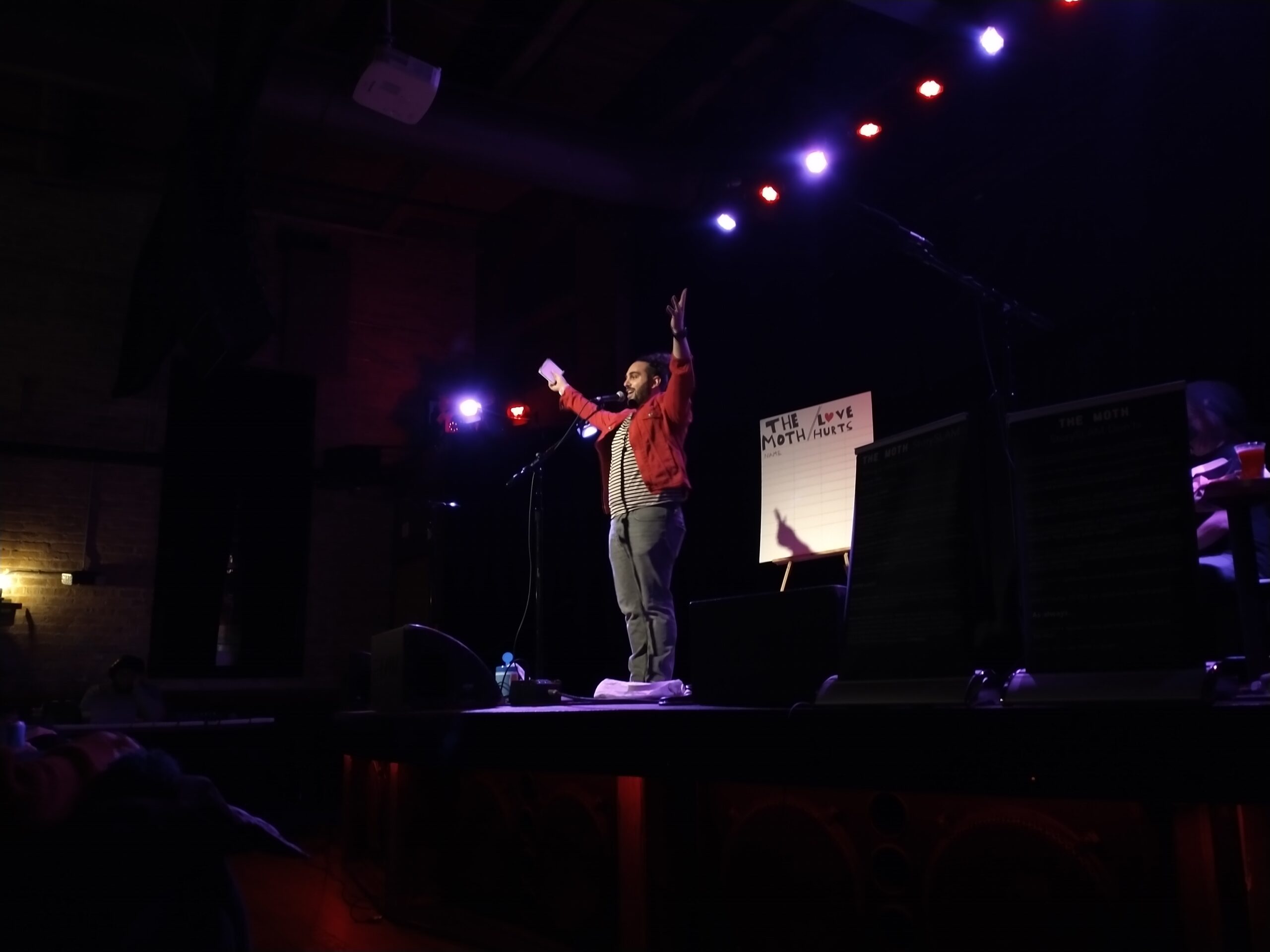 The lights dimmed as the crowd jostled in anticipation, watching audience members climb onstage to tell stories at the Feb. 7 Love Hurts StorySLAM.

At the event, based on the recurrent February theme of “Love Hurts,” audience members spoke of cheating partners and first kisses, while others recalled memories of Lasik surgeries and men in stovepipe top hats. For two hours, the room flooded with what ranged from laughter to gasps of amusement, to silence and sighs of adoration.

The Moth — an international non-profit that celebrates storytelling — brought this shared experience to Madison’s High Noon Saloon. The event kicked off with host and comedian Esteban Touma warming up the crowd with an exuberant introduction. 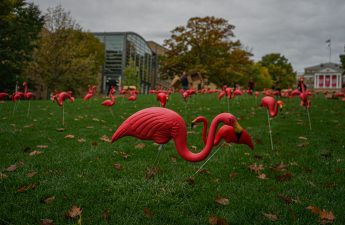 Pink flamingos migrate back to Bascom Hill after COVID hiatusThe University of Wisconsin’s Alumni Association will bring back the ‘Fill the Hill’ event this Thursday and Friday. Pink, plastic Read…

Touma laid out the criteria for telling stories at a Moth event: first, you must keep your story at five minutes with a one minute grace period allowed; second, make your story relevant to the theme; third, allow your story to have stakes and an arc; and fourth, speak the truth. Above all, Touma said — be respectful.

The chosen-at-random judging panels from the crowd — coined Fourth Date, Misfiring Cupids and Cracked Desires — got a chance to make their presence known. From there, Touma continued his duties as host with ease, drawing slips from the bag where attendees had entered their names for the chance to approach the mic.

That’s when the stories began. 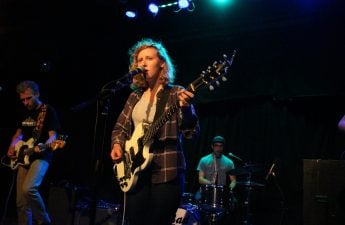 As soon as they were summoned to the stage, each participant presented a fresh perspective. Raw emotions, heartfelt confessions and bouts of comic relief were intertwined to create this verbal journey that highlighted just how powerful personal narratives can be.

Marisol Gonzalez, one of the 10 storytellers from the night, offered some advice for those who want to speak their piece at an event but are hesitant to enter their names.

“I will say — get courage because it’s important. The voice of everybody who has a story is valuable, even when many people say that it’s not,” Gonzalez said. “If you have a story to tell, just get courage and do it.”

Gonzalez’s advice, in short, is exactly what participants did from start to finish — they exuded their courage by allowing a glimpse into these five-minute snippets of their lives. Once the last story ended, final scores were tallied to reveal that storyteller Morgan Pfaff’s tale of an unexpected marriage in Siberia had won. 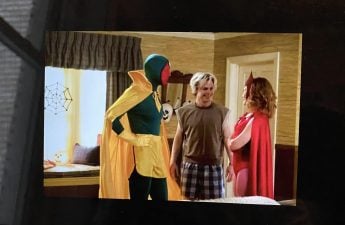 Walls of Westview begin to crumble in Wandavision episode seven***Spoilers Ahead for WandaVision Episode 7*** So far, the biggest villain in this series has been the credits sequence. With Read…

Pfaff will now be able to take part in the GrandSLAM, an annual event that features the last 10 local StorySLAM winners. Jen Rubin, one of The Moth’s producers, said that Madison’s GrandSLAM usually takes place at the Barrymore Theater on Atwood Avenue.

This month’s StorySLAM was just one of the many storytelling functions that The Moth hosts around the globe. Every month, in cities ranging from London to Madison, communities are invited to share their experiences based on themes established by The Moth headquarters in New York.

Noel Mariano, another one of The Moth’s producers, emphasized just how much events like these provide people with ways to engage and learn about their community.

“Storytelling is about bringing people together,” Mariano said. “You’re not just there to perform and be on your soapbox, but you’re also there to encourage, solicit and process together.”

The next chance to explore this sense of connection that Mariano describes will arise again at The High Noon Saloon on March 14. The theme for next month’s event is “Awards.” For more information, visit themoth.org or contact Jen Rubin at [email protected]g.