With the release of a new New York Times documentary focusing on Britney Spears’s guardianship, attention on the #FreeBritney movement is at an all-time high.

The new film, “Framing Britney Spears,” is available on Hulu and tells the story of Britney’s rise to fame and how she ended up in her controversial conservatorship, where she’s under the legal guardianship of an institution. The documentary has also sparked conversations about the portrayal of women and mental health in the media.

Growing up in the public eye, Britney struggled with many mental health issues. Following a very public mental health crisis, she entered into a conservatorship in 2008 which left her without control of important parts of her life and career. 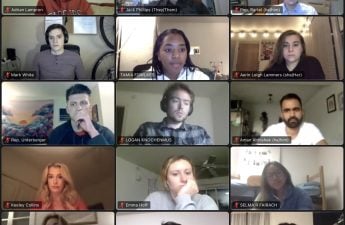 This appointment comes after the release of “Framing Britney Spears” and a petition from Britney herself in which she had refused to work as long as her father remained the sole conservator of her trust. Now, more than 10 years after the conservatorship first began, many are questioning whether Britney still needs a conservator at all.

The #FreeBritney movement came about to advocate for an end to the conservatorship. An adult enters into a conservatorship when they are deemed unfit to care for themselves or their finances.

Given that Britney has continued to perform and make music throughout her conservatorship, many question how the court could declare her unable to make decisions about the money she actively made. In addition, many #FreeBritney activists emphasize the fact that Britney herself has spoken out against the conservatorship.

When it comes to violence against youth, there is heroism in hesitationThe incident was recorded in early June on a home security camera. A 17 year old black teenager, having left Read…

In addition to bringing attention to the #FreeBritney movement, the film highlights a broader conversation about women and mental health in the entertainment industry.

During Britney’s mental health crisis, she became the butt of frequent jokes in the media. Tabloids pasted photos of a bald Britney smashing a car with an umbrella were pasted all over the news. Although she clearly dealt with very serious issues, the media ruthlessly portrayed her as a crazed woman rather than showing restraint in their coverage of a woman suffering from a serious mental health crisis.

While Britney’s story is an extreme case of how the media portrays women and mental health harmfully, and it is certainly not the only one. The attention on Britney has started new discussions of the treatment of women who struggle with mental health from Whitney Houston to Demi Lovato.

The conversation sparked by “Framing Britney Spears” and the #FreeBritney movement is not slowing down and will likely lead to changes in the way we talk about mental health and female celebrities.