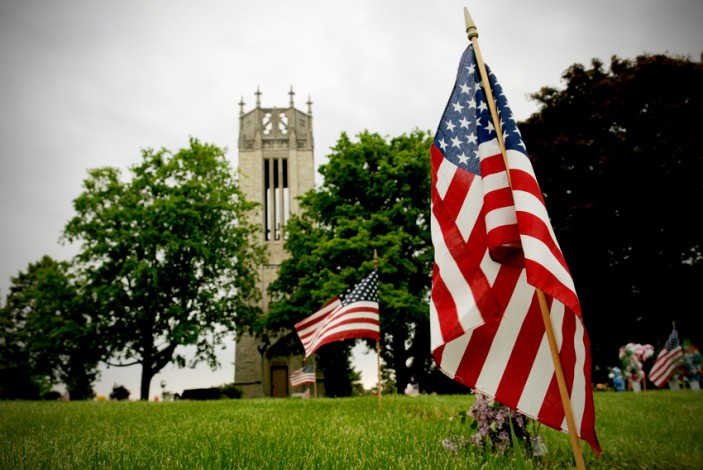 Flags placed for Memorial Day are seen near the center of Roselawn Memorial Park Cemetery in Monona on May 25, 2009.

In a time of political strife and upheaval, it can be easy to think the U.S. has never been more divided. Netflix’s “The Trial of the Chicago 7″ will remind you this is not the case.

The docudrama written and directed by Aaron Sorkin — known for “The Social Network” and “The West Wing” — tells the story of seven men put on trial after being accused of inciting violence during the riots at the 1968 Democratic National Convention in Chicago.

The seven defendants were all progressive activists who arrived at the 1968 DNC with the intention of conducting counterculture and anti-Vietnam War protests. In the wake of nationwide riots following the assassination of Martin Luther King Jr. and distress after the killing of Bobby Kennedy, the convention marked a boiling point for tensions in the U.S. and it turned to chaos as violence broke out between demonstrators and police.

While the outgoing Johnson administration had decided against pursuing federal prosecution for any of those involved, the new Nixon administration resolved to make an example out of the protesters by charging them with federal crimes. In addition to the seven defendants who participated in the protests, co-founder of the Black Panther Party Bobby Seale was also charged in the case despite not having been involved in the riots in any way. 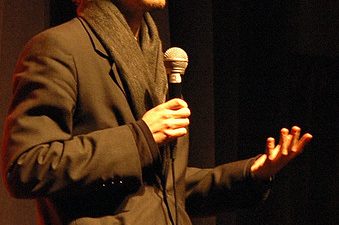 Comprehensive look at the movies with best chance to win Best Picture at 2020 Academy AwardsWith “Oscar Season,” typically September through December, wrapping up and with the Golden Globe nominations dropping December 9, critics and Read…

Netflix’s “The Trial of the Chicago 7″ brings the sensational story of their trial to life. The combination of outstanding dramatic and comedic performances from the stacked cast, as well as Aaron Sorkin’s quick-witted and snarky writing style, gives the film the perfect balance of fun and sincerity.

On the heels of nationwide civil unrest following the murder of George Floyd and in the middle of one of the most contentious elections in American history, Sorkin’s “The Trial of the Chicago 7″ reminds us the U.S. has indeed been as polarized in the past as it is today.

The concept of activists fighting against a crooked government is still as relevant as ever, and the story of tensions coming to a boiling point is all too familiar in 2020. In typical Aaron Sorkin fashion, the film presents its central themes of justice and contradiction to authority in a compelling and thought-provoking way while still being incredibly entertaining.

Anyone who likes history, courtroom dramas or counterculture will thoroughly enjoy “The Trial of the Chicago 7.” And as the Oscar buzz begins, it’s the perfect time to bust out the popcorn and watch this exceptional and timely film.