Protesters in D.C. painted “Defund the Police” over a mayor-ordered “Black Lives Matter” street mural back in June, sparking controversy.

The new mural came as part of the nationwide Movement for Black Lives, which expanded into Madison recently.

According to Buzzfeed News Reporter Kadia Goba, the action in D.C. came after protesters viewed the original as performative. Meanwhile, for years, activists have been advocating for defunding police and investing money into education and African American communities.

A similar group of street murals can now be found in Madison. On Martin Luther King Jr. Boulevard, sitting across the Capitol and Madison Municipal Building, the street displays the same message in bright yellow paint — “Defund the Police M4BL.” 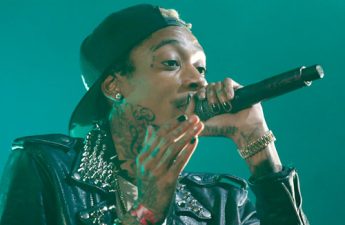 In front of the Doyle Administration Building — the district office for the Madison Metropolitan School District — stands another message in road paint — this time, a call to remove police from schools.

These strategically placed murals signify one of the many ways that our militarized police force as we know can be changed to provide a safe space for everyone. Whether in D.C or Madison, the message is clear. Officials need to look beyond pacifying upset protesters and instead to listen to what people demand.

Both the messages in Washington D.C and Madison are signed at the end by M4BL. So what is M4BL?

M4BL stands for The Movement 4 Black Lives. According to their website, they are a group of Black organizations across the U.S. that work together. Their shared goals are to abolish police, prison systems and “all other institutions that inflict violence on Black people” as we know them now, and replace them with systems that will protect and support all people, including Black people. You can read more about them here.

Artwork has become an integral rallying force for BLM in Madison. For the past few months, State Street and other parts of downtown Madison have been lined with murals and important messages calling for justice and accountability.

Ornate paintings memorialize and celebrate the lives lived by people who have passed as a result of police violence. Others bolster the community to take action and individuals to look within themselves and take a stand. And now, road paint messages have become one of many forms of artwork around downtown Madison in response to police brutality and systemic oppression.