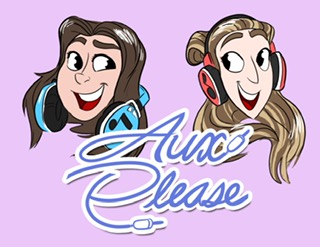 One trend that was hard to ignore in 2019 was the emergence of podcasts into mainstream popular culture. From politics, to business, to well-known comedians, podcasts are a medium that seem to be able to mold into anything.

What all of these podcasts have in common, and perhaps what lead to their mass appeal in recent years, is that they offer a level of intimacy with the audience that cannot be reached from a page or a screen.

This podcast mania might remind people of the YouTube boom that started less than a decade ago. YouTube videos attracted audiences, specifically the younger demographic, in a completely new, interactive and stimulating way.

In a way, podcasts have taken a step back from this level of stimulation through completely eliminating a sense. This solely auditory engagement with the audience is perhaps an even stronger indication of the speed and movement of the world today. People no longer have the time to sit and watch 20 minutes of a video, but people do want to be entertained in the car or while walking to class. 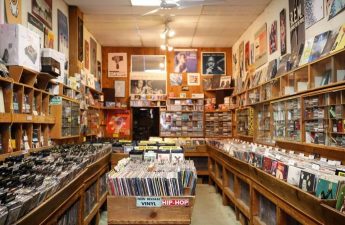 Looking at the history, function of B-Side RecordsWalking down Madison’s most trafficked street, there is a store that might be missed by the average passerby. Its exterior Read…

According to research by Podcast Insights, 65 percent of monthly podcast listeners started listening within the last three years. This shows the relatively new footprint podcasts have made on the vast digital media landscape over the last decade. Today, 51 percent of people in the U.S. have listened to a podcast. That number is up seven percent from 2018, according to the Infinite Dial.

Politicians are just some of the people who have used this heightened audience engagement to their advantage. Andrew Yang, a now-former 2020 Democratic Presidential candidate, has been quoted saying he attributes much of his initial success and popularity, specifically among young people, to podcasts.

Podcasts gave Yang the opportunity to share his message before he was able to break through the tougher walls of mainstream networks or publications. In this way, podcasts have opened up both the democratic and journalistic mission of amplifying voices in a completely unique and powerful way.

With this rise in popularity in the digital medium, more individuals, and specifically students, have turned to the microphone instead of the megaphone to share their ideas with the world. 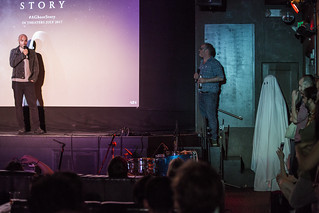 Choosing, analyzing most underrated movie of 2010s, plus some honorable mentionsWe have already talked about the most overrated movies of the 2010s, so now we examine one of the most Read…

Claudia Rodriguez and Justine Betti are two friends who decided to launch their own podcast this year, titled “Aux, Please.” At its core, “Aux, Please” is centered around sharing and discussing undiscovered music in an informal environment with some comedic flare from the two friends’ dynamic.

“We want our listeners to feel like they are on a road trip with their best friends, passing the aux cord around to share their most recent musical find that won’t be played on the radio for at least a year,” Betti said. “We want our listeners to feel like this is the way radio should be — a show run by like-minded peers who are just excited to share bangers and bops, not controlled and curated by Universal Records.”

Rodriguez and Betti use LÜM, a streaming platform and social media app, to release new episodes of their podcast. Rodriguez explained their choice to use LÜM as their platform, attributing it to their mission statement of supporting undiscovered artists, and also explained its entanglement in the Madison community. Their headquarters is located just a few minutes off of the University of Wisconsin’s campus.

“I noticed that music streaming platforms like Spotify, Apple Music, or Pandora promote the top one percent of mainstream music from artists that are backed by record labels … where is the other 99 percent of music that isn’t backed by the big dogs in the record label industry?” Betti said.

When asked why the partners chose to use podcasts as a platform, as opposed to using YouTube or a blog, Betti explained they liked how podcasts mirror the same structure as radio. 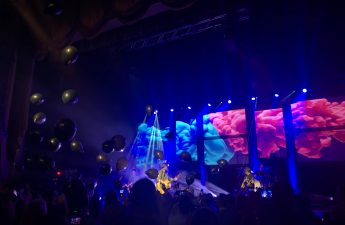 The hosts also appreciate that podcasts have an interactive element with an audience.

“I know I’m listening to a good podcast when the hosts start talking about a certain topic, and I find myself wanting to contribute my own views about the subject, even though I’m listening to an episode recorded months prior alone in my car,” Betti said.

Podcasts also allow the hosts to express emotion in a way that is sometimes lost in translation in print mediums.

“When listening, you can tell that we are super excited about something because we start talking faster and louder, and listeners can really pick up on how we feel about the topic just through the tone of our voices,” Betti said.

Each podcast seems to have its own mission for what it would like to achieve.

Rodriguez spoke on why she believed so many people were starting to turn on their microphones and make once private conversations among friends a part of the public.

“I think it’s narcissism in a sense — everyone thinks they are interesting and have good conversations and want to be listened to,” Rodriguez said.

The partners are looking forward to seeing how “Aux, Please” will grow and adapt in the coming months. Rodriguez is interested in expanding the podcast discussions beyond music and incorporating more guests and interviews into their episodes.

“I would love for our podcast to be featured on a radio station someday,” Betti said. “But for now, our goal is to keep pumping out episodes and growing our group of listeners.”