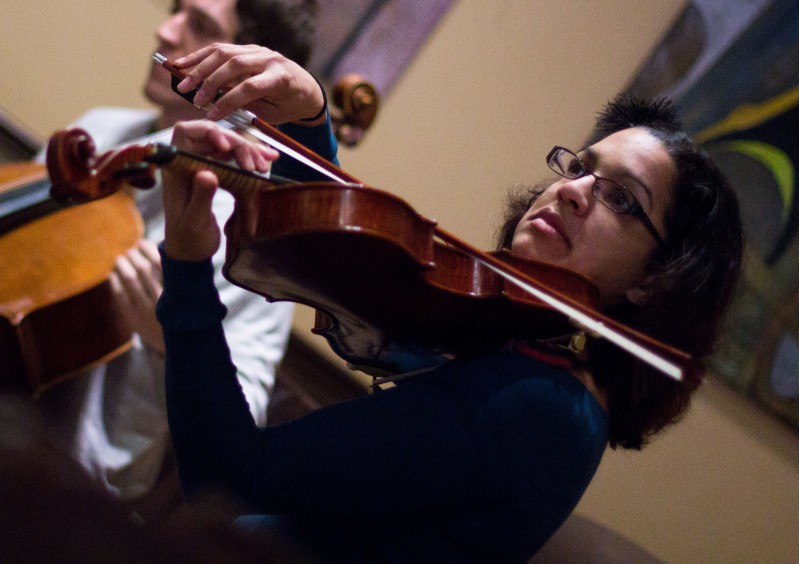 On Feb. 22, the Hamel Music Center will host the Undergraduate String Chamber Orchestra with the Monona Brass Quintet.

The concert, which is all undergraduate-run, will include works by Leos Janacek, Anthony DiLorenzo and more, performed by a wide array of groups like the University of Wisconsin Undergraduate Chamber Orchestra, Monona Brass Quintet and the Slippery Gentlemen Trombone Trio. 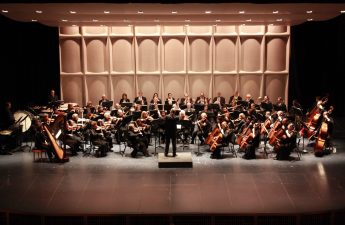 Get into classical music with these top five playlistsAre you interested in exploring a new genre of music? Though the belief that exposing babies to Mozart will increase Read…

Opening the concert will be The Monona Brass Quintet, whose members are French hornist Declan Mulkerin, trumpetists Nick Hill and Kaitlyn Rian, trombonist Sam Weber and tuba player Jordan DeWester. The piece they are playing is called “Fire Dance” by Anthony DiLorenzo.

Mulkerin describes the piece as a “short overture … that goes through a variety of moods and styles, that’s uplifting and a really fun piece to play.”

The song combines elements of old Western music infused with tango. This unique combination makes for a very cinematic piece with large chords and detailed flourishes.

“We found his music to be this kind of electrifying buzz,” Mulkerin said. 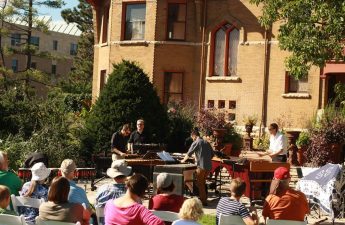 Clocks in Motion brings ‘experimental sounds’ to Allen Centennial GardensBefore Sunday, I had no idea what the genre “contemporary indie classical music” was. I assumed it was a musical Read…

The UW Undergraduate Chamber Orchestra is comprised of string musicians, many of them from the Mead-Witter School of Music. The conductor, Erik Nuenninghoff, is a freshman who is studying conducting under the direction of Kyle Knox, director of the Wisconsin Youth Symphony Orchestra. The orchestra will be performing “Suite for Strings” by Leos Janacek.

Something to look out for in this symphony is an intimate sound due to a smaller orchestra — the players are closely in tune with each other, and you might see them signal or cue each other in.

This is Janacek’s first instrumental piece after writing choral music, and it is heavily influenced by Czech composer Antonín Dvořák’s style. 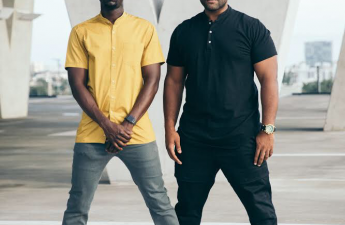 Black Violin to bring their genre-bending act to Overture this FridayWil B and Kev Marcus of Black Violin are an anomaly, and they are not afraid to admit it. Both Read…

Mulkerin added that classical music isn’t the type of music someone has to know to go to the concert.

“Often it can feel like this art form that is forbidden if you are not already in it … but just because it’s not something you listen to every day doesn’t mean it’s not for you,” Mulkerin said. “It’s not just for old white men.”

The pieces in the program span from the 19th to the 21st century — it has something for everyone.

“Even if you feel like ‘oh, I’m not sure I like old music,’ there’s also contemporary music. I think that you can find joy in just the contrast of the pieces,” Mulkerin said.

If this is your first classical concert, something to know beforehand is large pieces are typically divided into several smaller pieces, called movements. An ensemble may pause between movements, and it is important to hold your applause until the end of the piece overall, instead of clapping between movements.